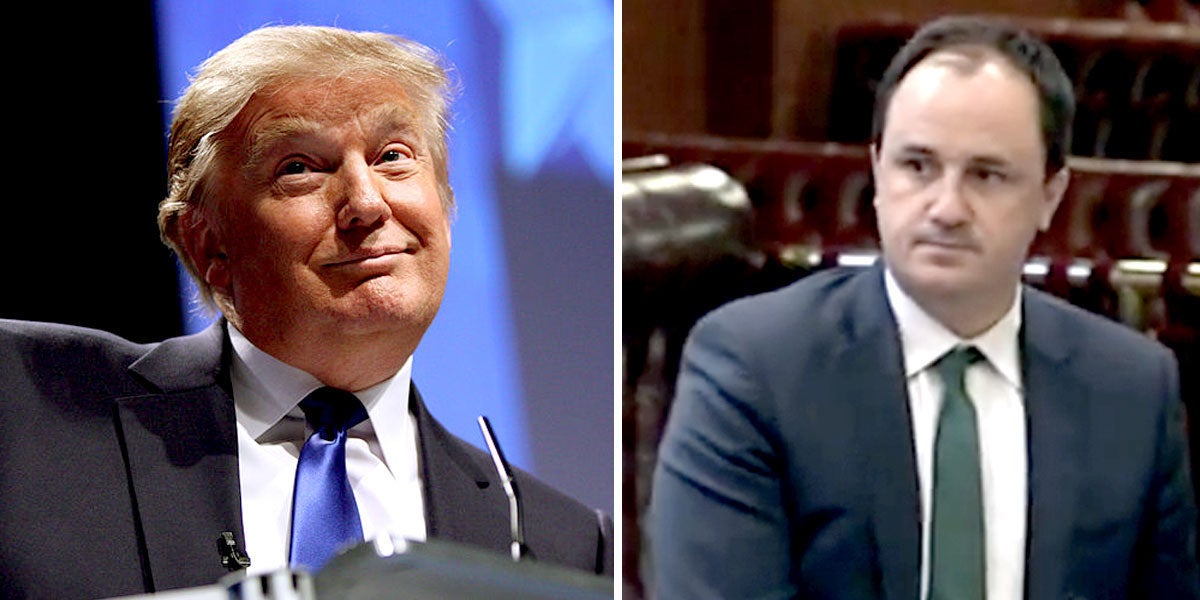 The upper house of the New South Wales state parliament in Australia is condemning Donald Trump‘s run for president of the United States calling him a “revolting slug” unfit for public office.

The motion also addressed that the house “reflects on the divisive, destructive impact of hate speech from political candidate and members of elected office has on our community.”

“[This house] agrees with those who have described Mr. Trump as ‘a revolting slug’ unfit for public office,” the motion concluded.

While Trump has previously been described as an “orange slug,” by former talk show host and comedian Rosie O’Donnell, this may be the first time he has been described in such a way on record.

Buckingham’s motion was passed unanimously without objection or a formal vote.

“It’s a great that all sides of Australian politics, from conservatives to liberals to greens, agree that Donald Trump is a ‘revolting slug’ and completely unfit for public office,” Buckingham said. “It’s clear that all reasonable and decent people find Donald Trump’s behavior obnoxious and that the world is hoping American voters reject his politics of hate.”

Buckingham became well known to EcoWatch readers after his video went viral showing gas exploding on an Australian river near a fracking site.

Australia Passes First Climate Law in More Than a Decade