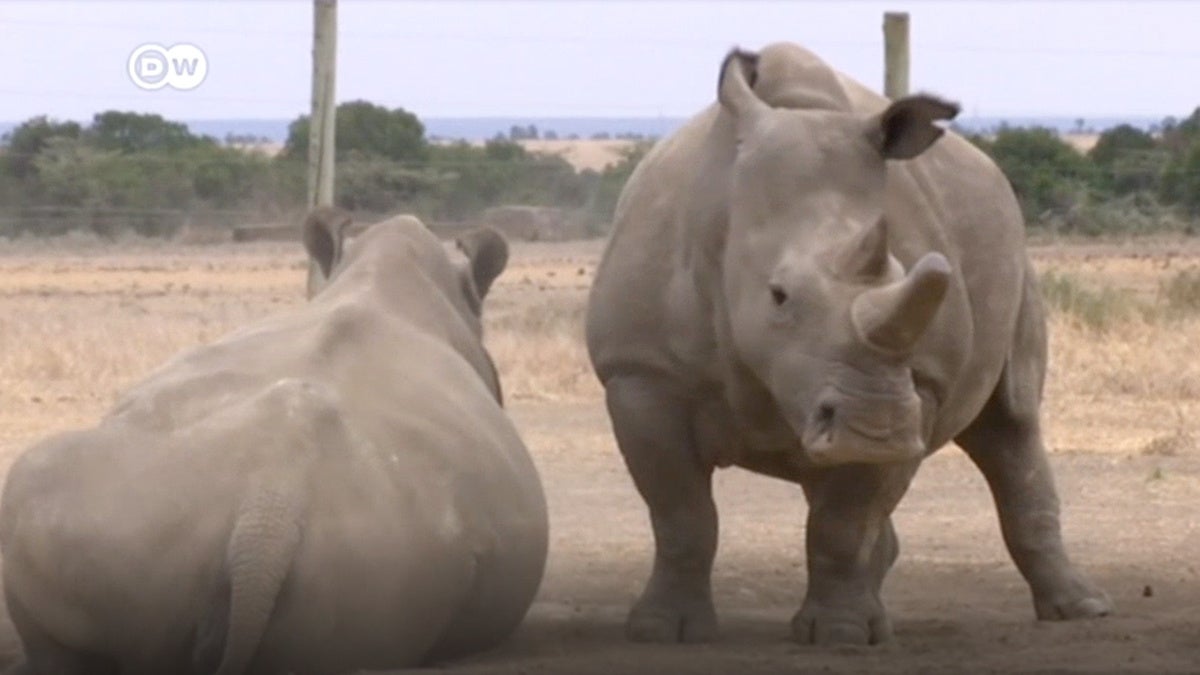 Seven eggs from the world’s last northern white rhinoceroces have been successfully fertilized in a lab, scientists announced on Monday.

Ten eggs were extracted from two females, Najin and Fatu, last week in Kenya, but only seven of them were fit to be artificially inseminated.

“We expect some of them will develop into an embryo,” Cesare Galli, a founder of the Italian assisted-breeding company Avantea.

The team used frozen sperm that had been harvested from two male northern white rhinos before they died.

“This is the next critical step in hopefully creating viable embryos that can be frozen and then later on transferred to southern white rhino surrogate mothers,” the scientists said in a statement.

Veterinarians and wildlife experts are hoping to use a surrogate mother rhino, as Najin and Fatu are unable to carry a pregnancy. 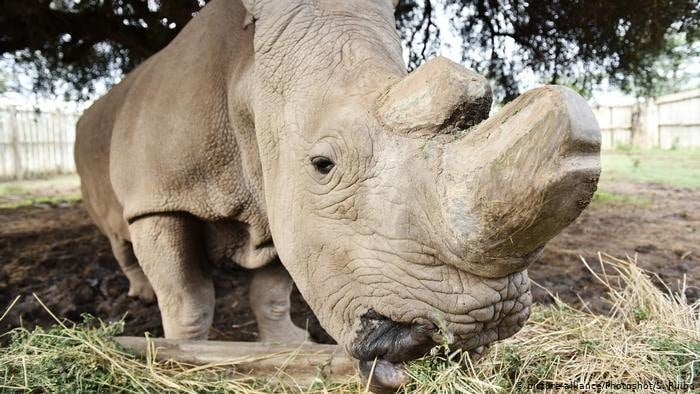 Sudan, the last northern white rhino, was unable to stand up in the end. He was treated for age-related complications that led to degenerative changes in muscles and bones combined with extensive skin wounds. Veterinary experts took the decision to euthanize the animal. “At the age of 45, Sudan was a very old man, well over 100 years old in human equivalent years,” said the charity Helping Rhinos.

The 45-year-old rhino shot to fame in 2017 when he was listed as “The Most Eligible Bachelor in the World” on the dating app Tinder, in a fundraising effort.

He left behind his daughter Najin and his granddaughter Fatu as the last remaining members of their species.

The team of scientists involved in trying to save the species is being led by the Leibniz Institute for Zoo and Wildlife Research in Berlin and is being funded by the German Ministry of Education and Research.

The ultimate goal is to create a herd of at least five northern white rhinos that could be released in their natural habitat in Africa, although that process could take decades.

Other species of rhino, including the southern white rhino and the black rhino, are frequently targeted by poachers who kill the animals for their horns to sell in illegal markets in Asia. 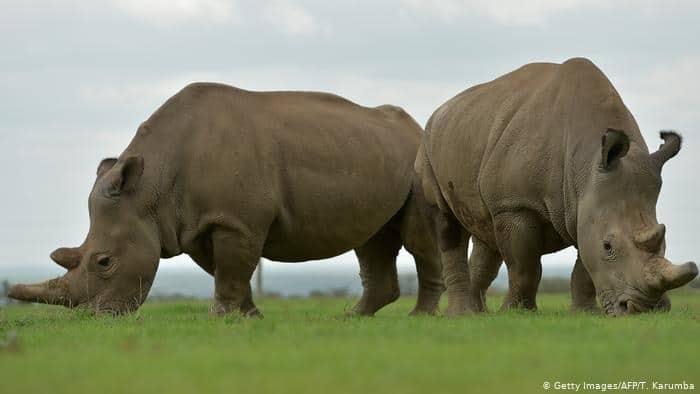 This white rhino subspecies made headlines last year following the death of Sudan, the last known male of his kind, making the species functionally extinct. Some scientists are cautiously optimistic that it could be brought back with the help of IVF technology.