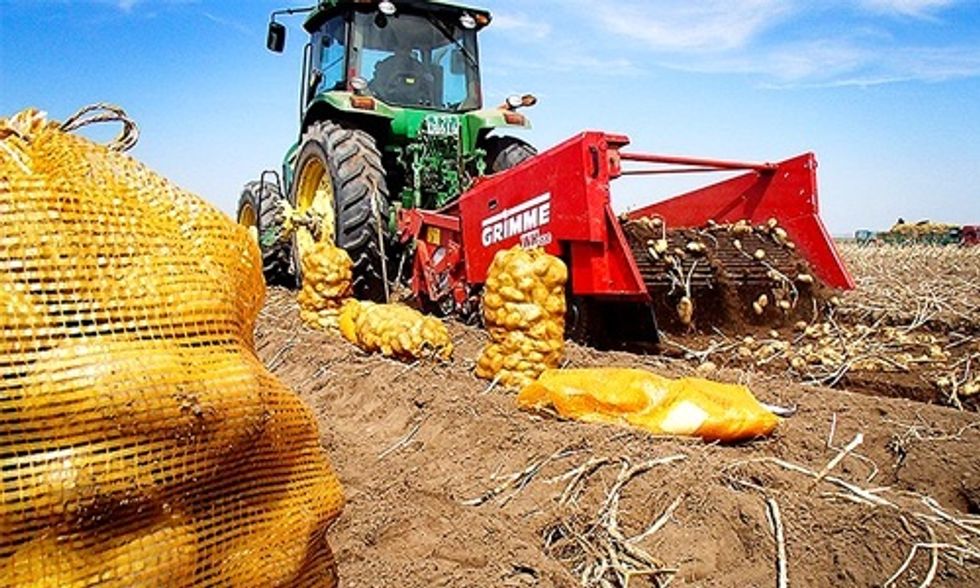 The politics of genetically engineered foods (GMOs) are being redrawn in Europe, where a near complete disapproval persisted until earlier this year. Now, it’s up to individual nations to say whether or not they want GMO crops grown on their soil.

So far, it hasn’t been the leading farming countries that are saying no to the controversial technology. On Monday, Northern Ireland became the second European Union member state to pass a national GMO ban. In August, Scotland announced its own such measure, the first country to do so following the change in EU rules that allows individual members to ban crops from being grown within their sovereign borders even if they’re approved for production within the wider union. All told, the UK produces less than 8 percent of the EU’s agriculture output, compared to nearly 18 percent from France, an industry leader in the 28 nation bloc.

Ministers in both Scotland and Northern Ireland couched the bans in terms of marketing.

"We are perceived internationally to have a clean and green image,” Mark H. Durkan, Northern Ireland’s environment minister, told the BBC. “I am concerned that the growing of GM crops, which I acknowledge is controversial, could potentially damage that image.”

Activists have argued that the island of Ireland—including the Republic of Ireland—is too small to safely grow GMO crops without them cross-pollinating with non-GMO ones—a point that Durkan echoed in his interview with the BBC.

But the point is academic: No GMO crops are grown in Northern Ireland, which has a limited farming industry. The country, which is slightly larger than Maryland, counts grains, potatoes and hay and pasture as its leading crops, according to the 2014 agricultural census. The cool, northern climate makes barley and wheat the dominant grain crops and just a tiny amount of land is planted in corn—for which GMOs are the status quo in the U.S. and other leading producers, but those engineered varieties are not grown in Northern Ireland. Potatoes, historically a very important (and tragic) crop in the region, have been genetically engineered—including a blight-resistant variety that has been field tested across the border in Ireland—but aren’t yet grown commercially.

Northern Ireland—population, 1.8 million humans—is home to 1.5 million cows, nearly 2 million sheep and 20 million chickens and despite the new ban, all of that livestock will continue to be fed, in large part, with imported GMO feed.