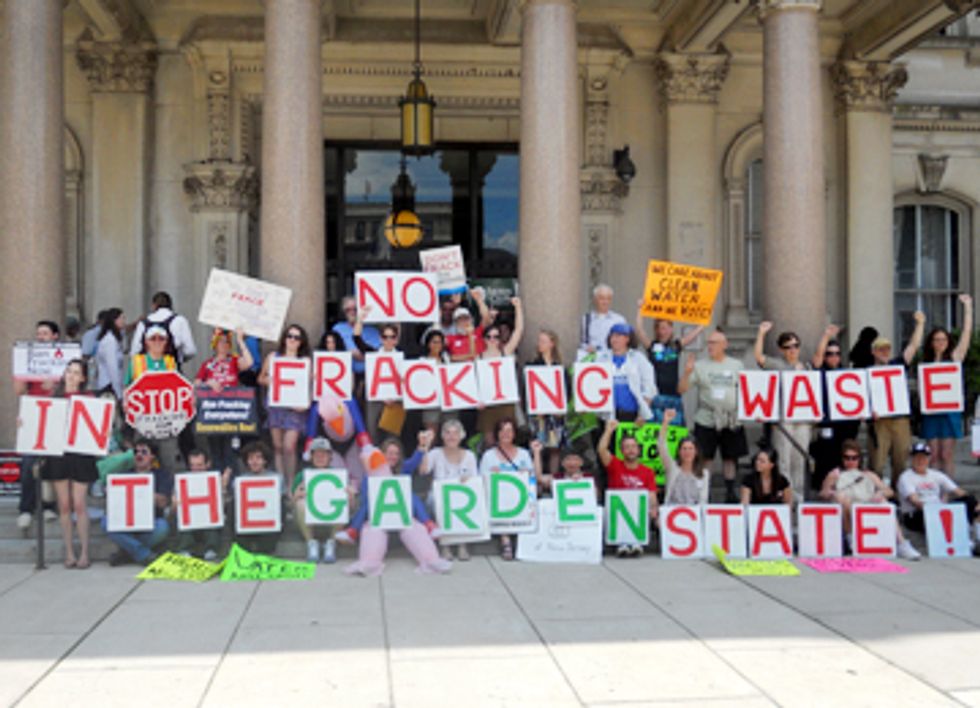 Opening a new front in the battle over fracking in New York State, citizens in yet another neighboring state—Massachusetts—called on their legislators to ban the processing of fracking wastewater.

"Laced with cancer-causing and even radioactive materials, the millions of gallons of toxic wastewater generated by fracking are among the most compelling reasons for New York to abandon the path of dirty drilling." said Eric Whalen, Environment New York field organizer. "Our neighbors certainly think so. Looking at how fracking in Pennsylvania led to the export of fracking waste to surrounding states including New York, every single one of New York’s neighbors is sending a message about such waste in terms they hope Albany will understand: fuhgettaaboutit."

Here are the actions going on in neighboring states protesting fracking waste:

Anti-fracking activists call for a fracking waste ban at the Trenton State House on June 20.

"In other words, none of our neighbors are willing or able to be a dumping ground for New York’s toxic fracking waste," said Whalen. "This fact draws into sharp relief that fracking proponents have presented no credible plan to safely manage the billions of pounds of toxic waste that would be generated by a fracking boom in New York."

"We urge Governor Cuomo to recognize this toxic regional calculus, and close the door on dirty drilling," Whalen concluded.