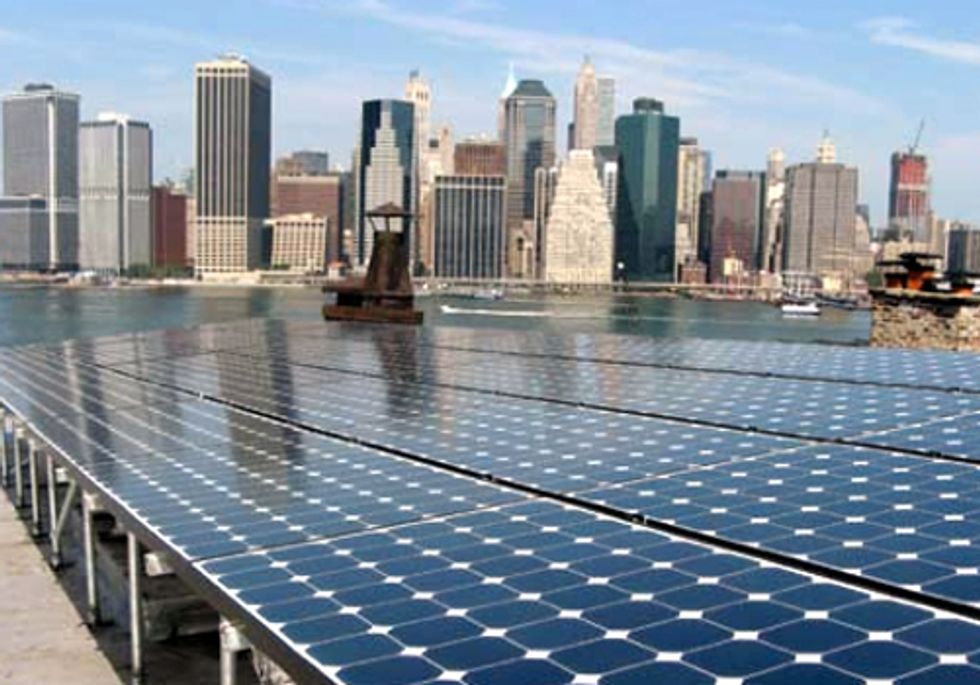 If the 10 Northeast states from Maryland to Maine were a country, they would be the tenth largest emitter of climate-altering carbon pollution in the world, according to a report released yesterday by Environment America. In 2010, the region emitted 533 million metric tons of carbon pollution, more than the United Kingdom, Saudi Arabia, Mexico, Brazil and France.

"In the wake of Winter Storm Nemo, Hurricane Sandy and Hurricane Irene, the Northeast must double-down on its commitment to lead the nation in reducing the pollution that's warming the planet and changing our climate," said Rob Sargent, energy program director for Environment America.

The report, A Double Success: Tackling Global Warming While Growing the Economy with an Improved Regional Greenhouse Gas Initiative, also shows that lowering global warming emissions is consistent with a growing economy. Between 2000 and 2010, the economies of the ten Northeast states grew twice as fast per capita as other states while per capita carbon dioxide emissions declined 25 percent faster.

Recent analyses also indicate that RGGI has produced a $1.6 billion economic boost to the region through 2011 and that strengthening RGGI could produce an additional $8 billion in economic benefits.

“By using RGGI to accelerate investments in energy efficiency, the Northeast states have made RGGI into a winner for businesses and consumers in the Northeast,” stated the Northeast Energy Efficiency Partnerships’ public policy director Jim O’Reilly. “This report shows that RGGI will continue to be a critical tool for states to manage their energy use and maintain our competitive advantage as we emerge from the economic downturn.”

Environment America’s report points out that the region and the rest of the world are in a race against time, citing studies showing that 100-year coastal floods are now predicted to occur every 15 to 35 years. The changing climate threatens more than 1.5 million people in the 10 Northeast states from Maryland to Maine living in coastal flood zones, and could lead to $212 billion in storm-related economic losses by mid-century.

“There’s no time to waste in tackling the climate challenge and it’s got to start right here and right now,” said Sargent. “The success that these states are having in limiting pollution, promoting energy efficiency and shifting to renewables should give us the confidence that they can continue to show the nation and the world that it can be done.”

All 10 states were part of the original Regional Greenhouse Gas Initiative, a pioneering agreement to cap carbon pollution from power plants. In February, nine states announced a new agreement to make deeper cuts in power plant carbon emissions that would lead to a 20 percent reduction over the next decade. States are now revising their rules in order to carry out the agreement. New Jersey’s Governor, Chris Christie, has pulled out of the program and New Jersey state leaders are engaged in vigorous debate about rejoining the program.

The report recommends that the states follow through on their commitment to strengthen RGGI by quickly adopting strong rules to lower emissions from power plants, and urged further action:

"Reducing emissions from power plants has a direct positive impact on the health of our communities, translating into less asthma, less respiratory disease and less allergies,” said Gary Cohen, president of Health Care Without Harm, which works with the health care industry to promote sustainable practices. “Addressing climate change through RGGI and similar policies will help protect our families from climate-related diseases and other health impacts of extreme weather events."

"Strengthening programs such as RGGI is a win-win for the Northeast," said Sargent. "We can reduce the impacts of global warming while powering our clean energy economy."