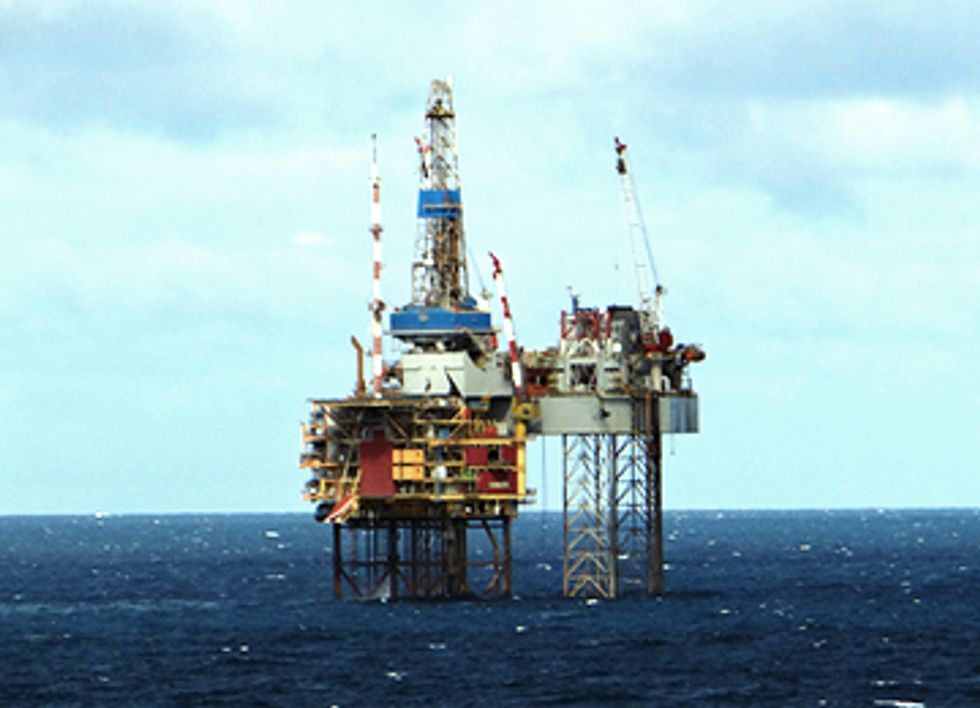 Greenpeace has warned about new figures showing Britain’s offshore rigs and platforms have leaked oil or other chemicals into the North Sea 55 times over the past month should act as a “reality check” for an industry aiming to drill in the Arctic.

The latest figures, released by the Department for Energy and Climate Change, challenge claims that the industry has a strong a effective safety and environmental recorded.

Facilities operated by Shell, BP and BG Group were all offenders.

Greenpeace say the figures are alarming, particularly when you consider that the industry is trying to persuade the world it should be allowed to drill in the pristine but harsh environments of the Arctic.

They’re trying to convince the world that they can operate safely in one of the world’s harshest environments, yet they can’t prevent this steady trickle of oil and other polluting chemicals leaking into the relatively safe waters of the North Sea.

This will do little to increase public trust in their ability to drill in the Arctic without damaging this incredibly beautiful and fragile corner of our planet.

But the industry says the leaks often contained just tiny amounts of relatively harmless substances and the reporting system is an example of good regulation.

The latest figures come as environmental campaigners also warn that half of Britain’s biggest energy companies are looking to drill in the Arctic.

The companies gained exploration licenses in Norwegian waters, but Greenpeace warn companies are risking spills in an area of “breathtaking beauty.”

The most controversial is a block in the Barents Sea awarded to E.ON, which the Norwegian Institute of Marine Research (NIMR) said should not be opened at all, because of the risk to marine life including the largest cods stocks left in the world.

Greenpeace say that many of the areas being explored are full of rare wildlife and important fish stocks and warn that environmental groups in Norway are extremely concerned over the plans. Three of the country’s environment agencies have called for at least a partial ban on drilling in certain areas.

Because of its remote location and extreme conditions, Greenpeace—along with other environmentalists and scientists—say that an oil spill would be virtually impossible to clean up.

SHARE YOUR THOUGHTS BELOW: Is drilling for oil in the oceans too risky to continue pursuing as a form of energy?