North Dakota Plagued by Oil Spills: 745 in One Year 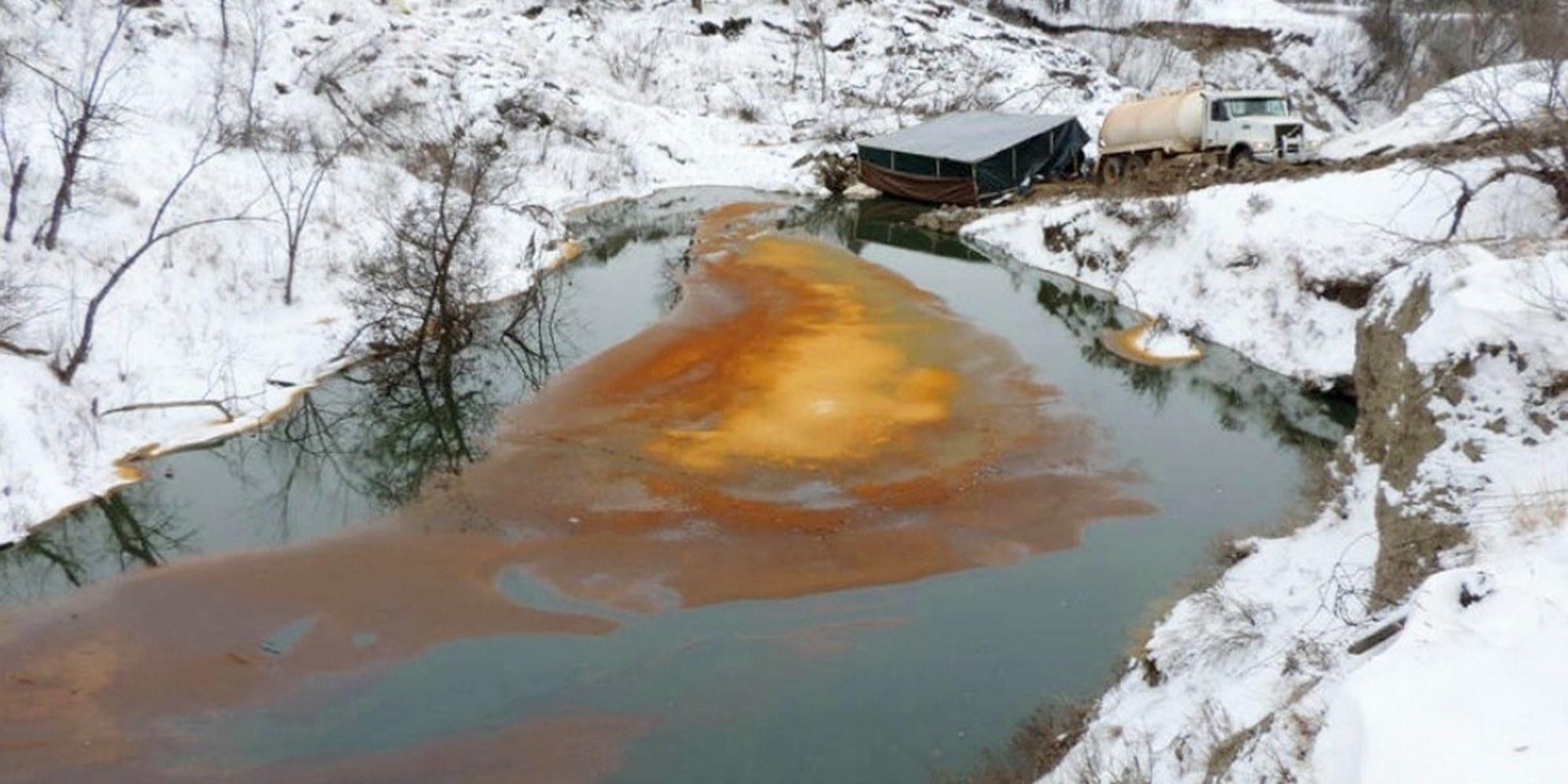 Energy companies say that pipelines are the safest way to transport oil, but a number of recent spills plague the now-completed Dakota Access Pipeline (DAPL), which could start service as soon as May 14.

KCET environment editor Chris Clarke calculated that in the year ending on May 1, 2017, North Dakota’s oil and gas industry reported 745 involved oil spills—that averages to a spill every 11 hours and 45 minutes.

The figure was based on data from North Dakota’s Department of Health. The spills range in size, from smaller 20-gallons spills to ones that are much larger.

Just two weeks ago, a Continental Resources pipeline in western North Dakota spilled an estimated 756 gallons of oil and 294 gallons of saltwater, a drilling byproduct, into a tributary of the Little Missouri River. Continental Resources, the largest operator in the Bakken shale formation, leads North Dakota in active wells, spills of all kinds, and wastewater or brine spills.

And in December, a ruptured Belle Fourche pipeline spilled 529,830 gallons of oil, contaminating a hillside and Ash Coulee Creek which empties into the Little Missouri River. The break was significant because it happened less than 200 miles away from the Oceti Sakowin Camp, where the Standing Rock Sioux and fellow Water Protectors were protesting the DAPL.

In 2014, the New York Times reported on the energy industry’s increasing number of spills in North Dakota as a result of the area’s fracking boom:

“Over all, more than 18.4 million gallons of oils and chemicals spilled, leaked or misted into the air, soil and waters of North Dakota from 2006 through early October 2014. (In addition, the oil industry reported spilling 5.2 million gallons of nontoxic substances, mostly fresh water, which can alter the environment and carry contaminants.)”

Energy Transfer Partners, DAPL’s lead developer, recently announced that directional drilling under Lake Oahe, a large reservoir behind Oahe Dam on the Missouri River, is complete. The Standing Rock Sioux worry that a leak could contaminate the river, a major source of the tribe’s drinking water.

Energy Transfer Partners insists that the risk of water contamination is low since the pipeline runs deep beneath the lake and has installed leak detection systems. Proponents also say that energy infrastructure projects are important for both U.S. economic and energy security interests.

But spills are a major risk. Energy Transfer Partners and its subsidiary Sunoco are behind hundreds of thousands of gallons of spills from pipelines between 2015 and 2016, according to a February report from the Louisiana Bucket Brigade and DisasterMap.net.

The companies have filed 69 accidents over the past two years to the National Response Center, the federal contact point for oil spills and industrial accidents.