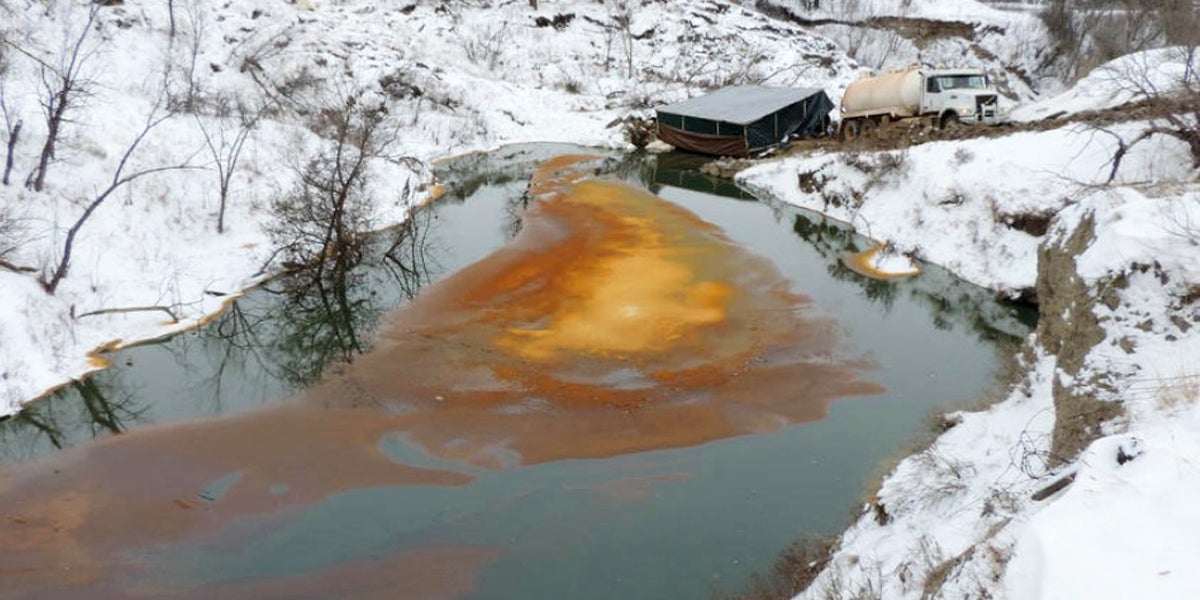 A pipeline just two and half hours’ drive from the Indigenous water protectors’ ongoing stand against the Dakota Access Pipeline has leaked more than 170,000 gallons of crude oil into a tributary of the Little Missouri River and into a hillside, according to reports late Monday.

It's not an 'if' a pipeline will spill, it's when: "Oil pipeline shut down after spill in ND" https://t.co/sbHVjq6ldH via @EcoWatch #NoDAPL

Monitoring equipment failed to detect the leak and it is unknown how long the spill near Belfield, North Dakota had gone on before a local landowner discovered it on Dec. 5.

At least two cows have been confirmed dead near the site of the spill, reports the Pioneer Press.

The Belle Fourche pipeline is operated by the Wyoming-based True Companies, which is the same company behind the 2015 pipeline rupture in Montana that sent more than 40,000 gallons of crude into the Yellowstone River. Indeed, at that time it was reported that the operator had a “checkered environmental history,” with 30 recorded pipeline leaks and multiple federal fines on its record.

Bill Seuss, an environmental scientist with the North Dakota Health Department, told the Associated Press that the investigation into the cause of the most recent spill is ongoing and cleanup efforts may last into the spring.

Energy Transfer Partners, the company behind the controversial Dakota Access Pipeline, has repeatedly insisted that the pipeline is “safe,” but water protectors have argued that it is not a question of if it will leak, but when.

“But it will be safe THIS time, right?” wrote Honor the Earth national campaigns director Tara Houska on Facebook, sharing a report of the latest spill.

The U.S. Pipeline and Hazardous Materials Safety Administration notes that there have been more than 11,000 reported “significant incidents”—meaning spills, injuries, deaths and costly accidents—involving pipelines since 1996.