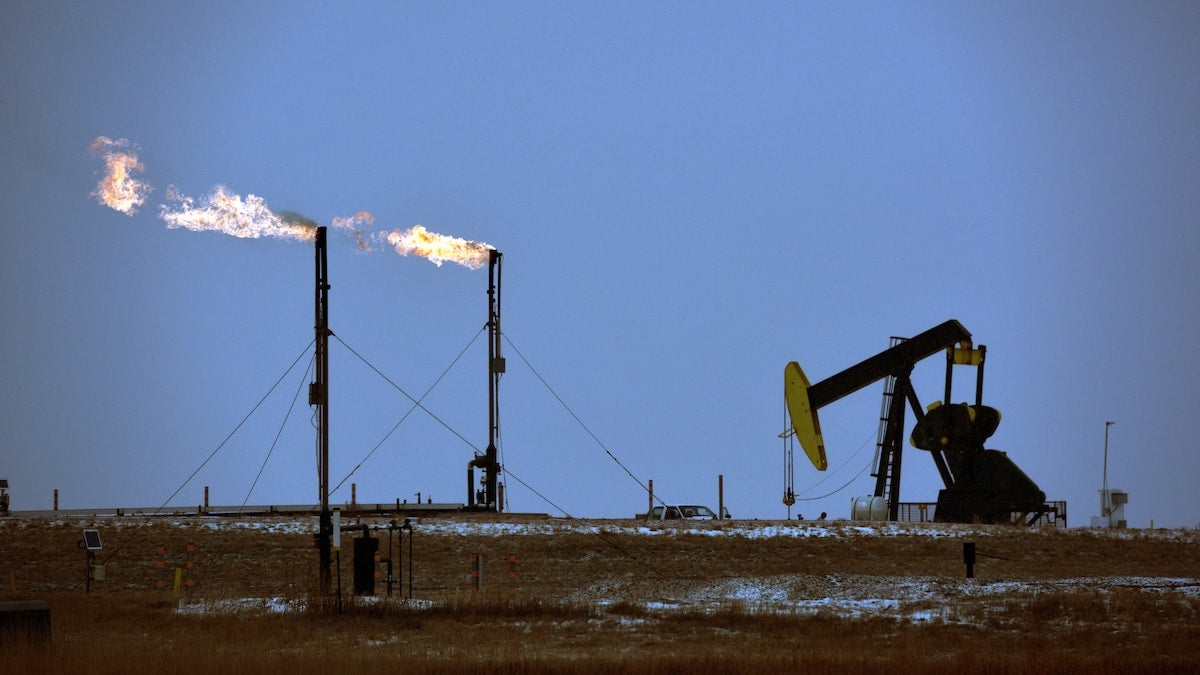 North Dakota has found a controversial use for federal coronavirus relief money: using it to fund fracking.

The state legislature voted Wednesday to reallocate million in pandemic relief to pay 0,000 grants to oil companies to do fracking work on 80 incomplete wells, Inforum reported.

“This is like a taxpayer bailout to the oil industry to get them to do something they would do anyway,” leader of environmental group Dakota Resource Council Scott Skokos told InsideClimate News. “It’s like corporate welfare at the highest level.”

The million was part of a much larger 1 million in federal relief funds that the legislature voted to reallocate according to the budget approved by the North Dakota Emergency Commission Friday, Inforum and The Associated Press reported. The money was awarded to North Dakota via the CARES Act in March, but the state had not been able to spend it for its intended purpose, Inforum explained. Because there is a year-end deadline for the use of CARES funds, the state had to reassign it or lose it.

However, the million for fracking was the allocation that stirred controversy. That money had originally been intended to clean up abandoned oil and gas sites, InsideClimate News explained. But the approach of cold weather made the completion of the work by the end of the year impossible.

The idea to use that money for fracking grants came from North Dakota Department of Mineral Resources Director Lynn Helms. Helms argued that the grants would create jobs and revitalize the oil industry, which was hit hard by the drop in prices at the beginning of the pandemic, according to The Associated Press. Officials also said the grants would boost state revenue, which relies on oil money.

But environmental groups and Democratic lawmakers criticized the decision. The Sierra Club called it “totally inappropriate,” while lawmakers said the funds should go to more urgent needs.

“We are at a point now where we are peaking every day as we try to battle this crisis, and I think any of the funds that we use need to be addressed to help us reduce the spread of this virus to help the lives and livelihoods of thousands of North Dakotans,” Rep. Josh Boschee, D-Fargo, said, as Inforum reported.

Skokos pointed to the irony of using money intended to clean up oil and gas wells to frack new ones. And he said the logic behind the decision was backwards.

This is not the first time the oil and gas industry has been awarded coronavirus relief. Oil companies have received between billion and .8 billion from the federal government in direct aid, according to Bailout Watch.

The news out of North Dakota comes as U.S. residents continue to suffer from extreme weather events made more likely by the climate crisis. Fires forced new evacuations in Southern California this week, and Hurricane Zeta became the fifth named storm of the year to batter Louisiana on Wednesday.