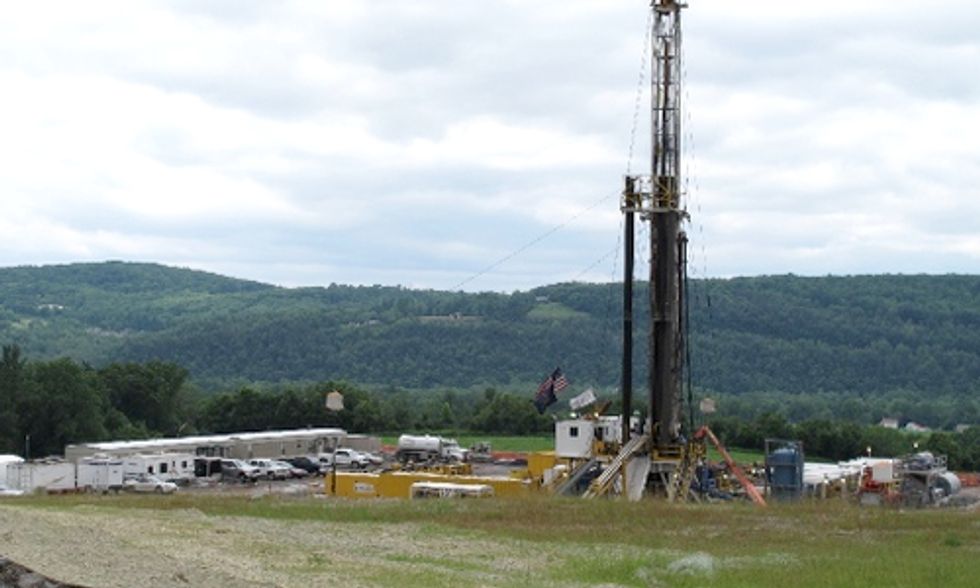 Transparency is the least you could hope for if you're against fracking for energy. If North Carolina Republicans get their way, such transparency could result in a felony.

Three state senators introduced a bill late last week that would charge people with a felony if they disclose what chemicals companies are using to extract dirty energy from shale formations. That might even include the officials who respond to the explosions and other emergencies caused by the dangerous process.

It would be a penalty to disclose the chemicals fracking companies are using to extract dirty energy if North Carolina Republicans get their way. Photo credit: Ohio Environmental Law Center

"I think the only penalties to fire chiefs and doctors, if they talked about it at their annual conference, would be the penalties contained in the confidentiality agreement. But [the bill] is so poorly worded, I cannot confirm that if an emergency responder or fire chief discloses that confidential information, they too would not be subject to a felony."

However, Wiseman believes "that appears to be the case" in some sections of the potential legislation.

"It allows for trade secrets to remain trade secrets, it provides only limited exceptions for reasons of emergency and health problems, and provides penalties for failure to honor the trade secret," Wiseman continued.

Earlier this month, the U.S. Environmental Protection Agency (EPA) announced that it is exploring requiring companies to the exact opposite of the North Carolina state senators' wishes—disclose those trade secrets to the government and the public. EPA Administrator Gina McCarthy signed a prepublication of a proposed law that would not protect the secrets.

“We want to be sure that there is some agency that actually is collecting this information about what is being used in these shale plays across the country,” Deborah Goldberg, a lawyer at Earthjustice, told Salon. “The disclosure we are getting right now is spotty.”