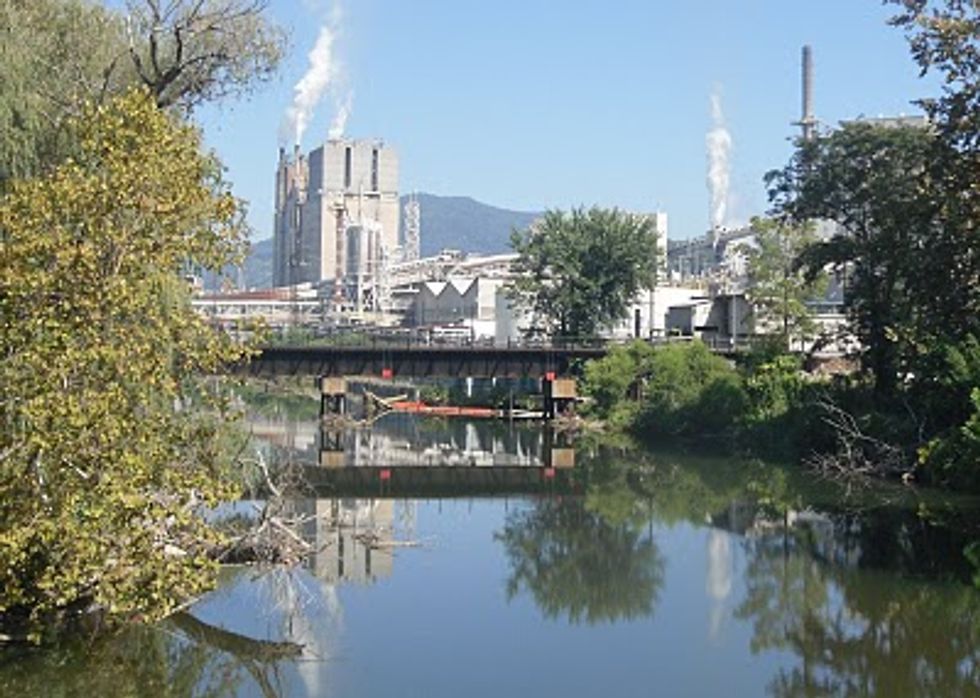 As state and federal politicians seek to remove or block protections from harmful air pollution, industry-provided data reveals that large polluters put more than 34 million pounds of toxic substances and nearly 1.5 million pounds of cancer-causing chemicals into the air North Carolina residents breathed during 2010. Coal-fired power plants are among the largest sources of toxic air pollutants in North Carolina and the U.S., but the industry has avoided federal regulation of their hazardous emissions for over two decades and continues to fight attempts to regulate harmful pollution. Many of these toxic pollutants cause cancer, premature death, mutations and birth defects, respiratory illness and heart attacks.

“Politicians that reduce or repeal limits on toxic air pollution knowingly increase the risk for all North Carolina residents of cancer and other serious—even deadly—health problems,” said Derb Carter, director of the Carolinas Office at the Southern Environmental Law Center. “Children, pregnant women and senior citizens are most vulnerable to toxic air pollution and face the greatest risk from irresponsible political attacks on clean air protections.”

In a recent meeting, the N.C. Assembly’s Environmental Review Commission will continue consideration of an amendment to Senate Bill 308 that would repeal the only health-based protections for the air people breathe against actual concentrations of toxic and cancer-causing air pollutants from multiple large industrial sources, including coal-fired power plants.

As state politicians seek to allow more toxic pollution in the air people breathe, a majority of the U.S. House of Representatives last week passed H.R. 2401 to block limits on toxic air pollution from coal-fired power plants and cement kilns—such as the proposed Titan cement kiln in New Hanover County—despite known health risks and thousands of lives that the U.S. EPA and the American Lung Association estimate could be saved by such limits.

The listed pollutants covered by the state regulations are the most hazardous to public health, including PCBs, dioxins, asbestos, heavy metals such as arsenic, cadmium, hexavalent chromium, mercury, and others including formaldehyde, cyanide and dozens of known carcinogens.