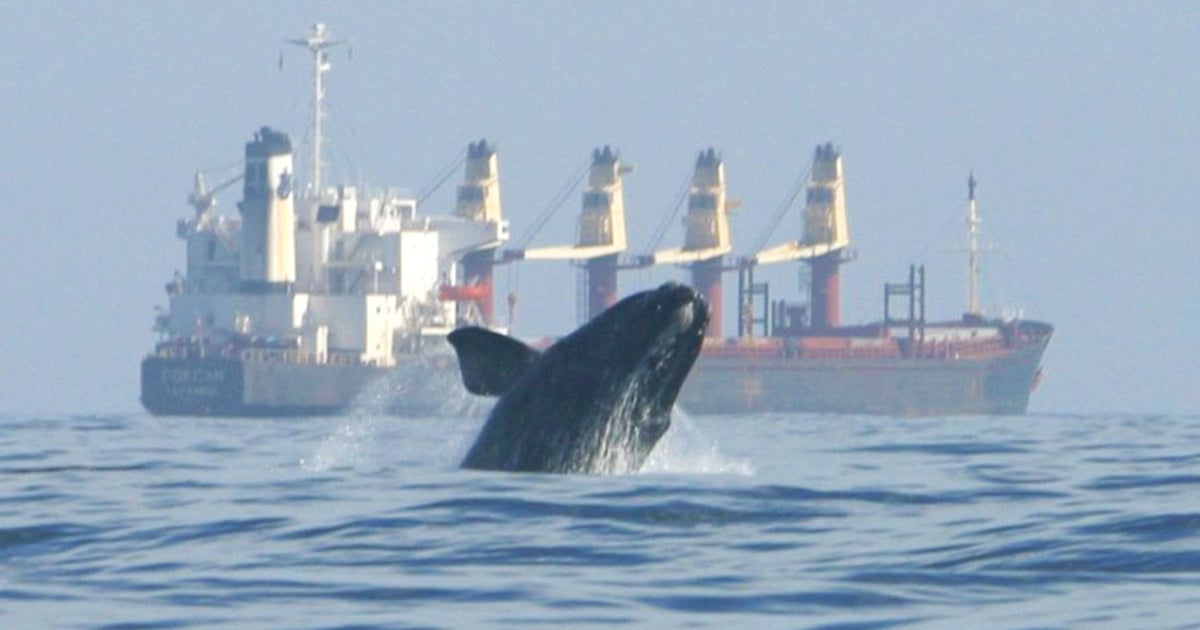 An endangered North Atlantic right whale near a ship off the East Coast. Florida Fish and Wildlife Conservation Commission/NOAA

Fifteen North Atlantic right whales—one of the most endangered of all large whales—have already died this year in U.S. and Canadian waters, according to researchers.

“This makes it pretty much the deadliest year we’ve seen for North Atlantic right whales since the days of whaling,” Tonya Wimmer, director of Canada’s Marine Animal Response Society, told the Toronto Star.

The population of North Atlantic right whales previously stood at 458 but that was before this year’s deaths, Scott Kraus, vice president and chief scientist at the Anderson Cabot Center for Ocean Life at the New England Aquarium, explained to the New York Times. Only five calves were born this year.

This means there are now fewer than 450 North Atlantic right whales left on the planet.

Unfortunately, new research shows that many of these whales died because of human-related activity.

According to recent study, Incident Report: North Atlantic Right Whale Mortality Event in the Gulf of St. Lawrence 2017, necropsies on seven of the whales showed that four had died of blunt force trauma from ship collisions and two died of entanglement. The cause of death for the seventh whale was inconclusive.

The population of North Atlantic right whales has declined from 482 in 2010 to 458 in 2015, and entanglement is a major threat to the slow-moving creatures. A study published last year found that from 2010 to 2015, 15 percent of right whale deaths were caused by vessel strikes, while 85 percent were caused by entanglements.

A whale trapped in tangled fishing gear such as ropes and nets can suffer and ultimately die from a grisly death, as it can lead to drowning, laceration, infection and starvation.

Conservation groups are demanding immediate action from the U.S. and Canadian governments to protect the at-risk marine animals and have recently sent legal notices to Canadian officials and the U.S. National Marine Fisheries Service (NMFS).

“Right whales risk spiraling toward extinction if we don’t protect them from deadly fishing gear,” said Kristen Monsell, a senior attorney at the Center for Biological Diversity. “This has been a tragic year for a species already teetering on the brink. U.S. and Canadian officials need to do everything they can to prevent gear entanglements and the slow, painful deaths they can cause.”