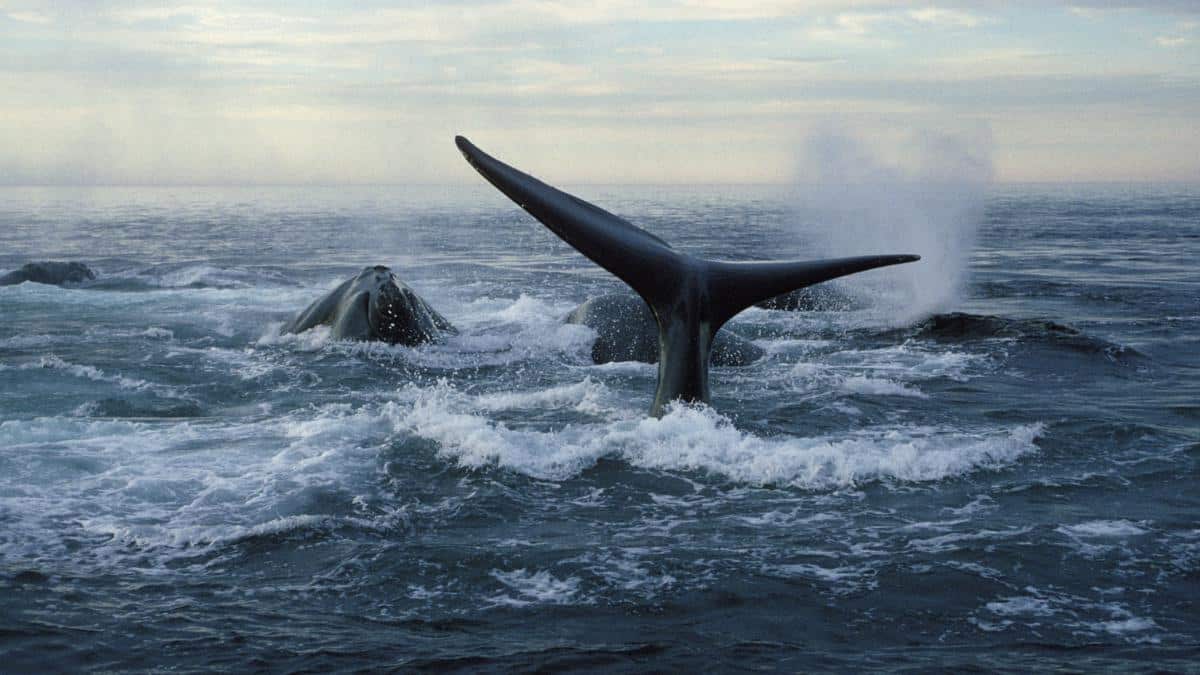 Endangered North Atlantic right whales gave birth in greater numbers this winter compared to the past six years — a promising sign for a species that’s been driven to the brink of extinction due to human activity.

From December through March, an aerial survey team reported 17 calves swimming with their mothers between Florida and North Carolina, AP News reported. This overall calf count is equal to the total number of births for the past three years and is a hopeful sign compared to 2018, when no right whale births were recorded.

North Atlantic right whales — which can grow to be 52-feet long, weigh up to 140,000 pounds and live about 70 years — each have unique callus patterns on their backs, helping scientists to track and identify individual whales and estimate total populations, according to NOAA Fisheries. But after being decimated by human hunting by the 1890s, right whales continue to be threatened by human activity, making them one of the most endangered large whale species in the world, with less than 400 individuals remaining.

“What we are seeing is what we hope will be the beginning of an upward climb in calving that’s going to continue for the next few years,” Clay George, a wildlife biologist who oversees right whale surveys for the Georgia Department of Natural Resources, told AP News about this year’s higher birth rates. “They need to be producing about two dozen calves per year for the population to stabilize and continue to grow again.”

According to scientists, the right whale’s rebound could be attributed to shifting to a habitat where zooplankton food sources are more plentiful, Yale Environment 360 reported. “It’s a somewhat hopeful sign that they are starting to adjust to this new regime where females are in good enough condition to give birth,” Philip Hamilton, a right whale researcher at the New England Aquarium in Boston, told AP News.

But scientists warn that the hopeful news shouldn’t distract from the leading causes of right whale deaths: entanglement in fishing gear and boat and ship collisions.

Since 2017, these threats have killed about 34 to 49 right whales, Yale Environment 360 reported. Research has also shown that entanglements caused 72 percent of diagnosed right whale mortalities between 2010-2018, according to The Conversation. Right whales that get tangled in lines and gear will often suffer for months or even years, slowly becoming emaciated and debilitated, the authors wrote.

“The greatest entanglement risk is from ropes that lobster and crab fishermen use to attach buoys to traps they set on the ocean floor. Humpback and minke whales and leatherback sea turtles, all of which are federally protected, also become entangled,” explained Michael Moore, a senior scientist at the Woods Hole Oceanographic Institution, and Hannah Myers, a guest investigator with Woods Hole Oceanographic Institution.

But recent proposals to reduce fishing activity that could harm right whales haven’t gone without criticism. For example, Maine Gov. Janet Mills said the rules, which include reducing the number of vertical lines in the water, would be “devastating for the lobster fishery,” AP News reported. “If this comes to pass, it is not only fishermen and their crew who will be impacted, gear suppliers, trap builders, rope manufacturers — all these businesses face a deeply uncertain future,” Mills said in a letter to NOAA, AP News reported.

But for some conservationists, the solution is simple. “North Atlantic right whales can still thrive if humans make it possible,” Moore and Myers wrote in The Conversation, pointing to the closely related southern right whales, which have recovered from just 300 individuals in the early 20th century to an estimated 15,000 in 2010, due to decreased human threats.

“If we reduced or eliminated the human-caused death rate, their birth rate would be fine,” Hamilton told AP News. “The onus should not be on them to reproduce at a rate that can sustain the rate at which we kill them. The onus should be in us to stop killing.”