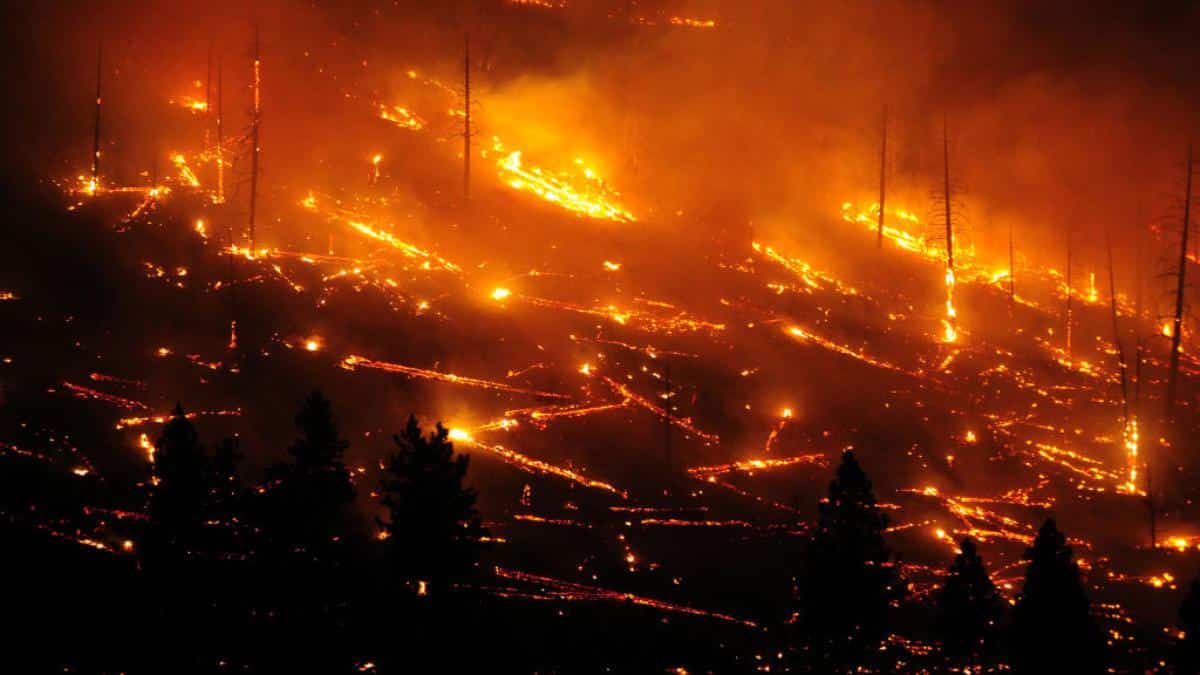 Last month was the hottest-ever June in North America in recorded history, researchers said Wednesday, validating a hunch held by millions of people who just endured lethal temperatures that sparked dozens of wildfires and killed more than 500 individuals and over one billion intertidal animals.

While “the heat dome above western Canada and the northwest United States generated headlines around the world as daily temperature records were shattered across British Columbia, Washington, and Portland,” new satellite data “reveals this was part of a broader trend that built up over several weeks and a far wider area, which is underpinned by human-driven climate disruption,” The Guardian reported.

According to the European Union-supported Copernicus Climate Change Service, “June temperatures in North America were 1.2°C higher than the average from 1991 to 2020, which is more than 2°C above pre-industrial levels,” the newspaper noted, adding that “this is the 12th consecutive year of above-average June temperatures in the region, and the greatest increase recorded until now.”

After first affecting the U.S. Southwest, last month’s extreme heatwave conditions — which climate scientists have long predicted and warned will increase in frequency and intensity in the absence of effective climate action — eventually moved over the Pacific Northwest and southwestern Canada, where their devastating impacts were felt most severely.

Residents of the B.C. village of Lytton — where Canada’s all-time high temperature of 121°F was recorded last week — were forced to evacuate when a wildfire tore through the area and quickly engulfed the small town, destroying homes and buildings and killing two people.

Last month’s brutally hot temperatures were not confined to North America. As The Guardian noted, “The world as a whole was also warmer than average for this time of year.” Although “this would not normally be expected in the same year as a La Niña phenomenon, which is generally associated with a cooling effect,” meteorologists at the Copernicus agency stressed that unusually extreme weather trends are exacerbated by “the broader pattern of warming” driven by carbon pollution.

According to The New York Times:

Europe suffered through its second-warmest June ever, with only June 2019 being warmer. Temperatures were above average in Northwestern and Southern Africa, across parts of the Middle East, and in China and much of Southeast Asia. High temperatures in Arctic Siberia contributed to an early start to wildfire season there.
Globally, last month was the fourth hottest June ever. Only 2016, 2019, and 2020 were hotter.

While last month’s dangerously high temperatures provoked calls for policymakers to drastically reduce the emission of heat-trapping greenhouse gases in order to avert the most catastrophic effects of the climate emergency, right-wing lawmakers have continued to insist — despite a scientific consensus about the anthropogenic causes of global warming and ample real-world evidence of its consequences — that “climate change is… bullshit,” as Sen. Ron Johnson (R-Wis.) was seen saying last month during an event hosted by a GOP-aligned advocacy group.

In addition, at the same time that hundreds of people in the Pacific Northwest and B.C. were succumbing to heat-related illnesses, ExxonMobil lobbyists were caught admitting that the fossil fuel corporation is still actively opposing efforts to tackle the climate emergency.

Meanwhile, some progressive lawmakers, such as Rep. Bonnie Watson Coleman (D-N.J.) and Sen. Ed Markey (D-Mass.), are attempting to use last month’s deadly heatwaves as a rallying cry to push for urgently needed environmental justice policies.

My SHADE Act would create a grant program to plant trees in overburdened communities.https://t.co/yxaSfcdosa

Proposed measures include Coleman’s SHADE Act, which seeks to combat the urban heat island effect by improving tree canopy in vulnerable neighborhoods, as well as Markey’s Resilient Schools Act, which aims to ensure that schools provide safe and comfortable learning and working environments.

We just experienced the hottest June on record, and less than half of Boston Public Schools buildings have air conditioning while summer programs are in full swing. This is why I introduced my Resilient Schools Act to prepare our schools for the climate emergency. https://t.co/KhG6NEkb7Y

“It’s time for Democrats to do something with the power and responsibility the American people have given us,” Markey said last week. “We can’t let this moment pass us by.”

“This is the environmental, economic, national security, and moral issue of our time,” he added. “We must act.”