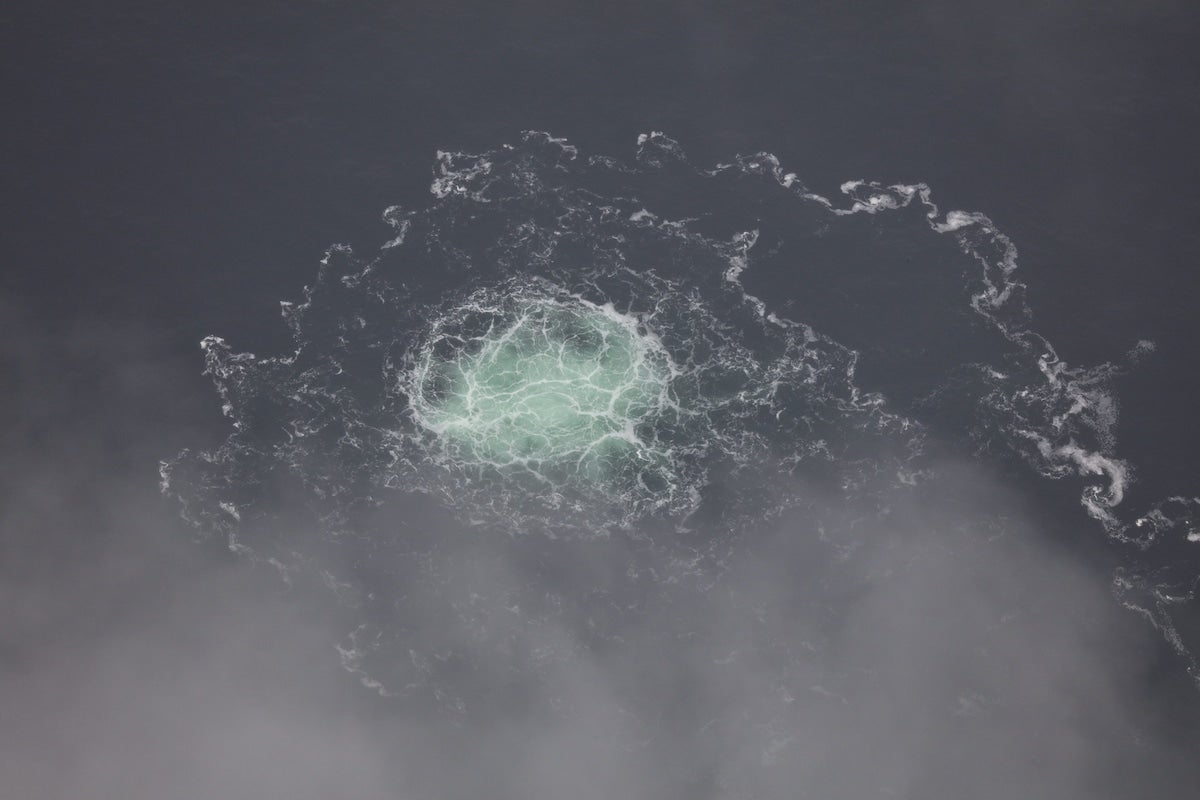 A Nord Stream gas pipeline leak causes bubbles on the surface of the water at sea in Sweden on Sept. 29, 2022. Swedish Coast Guard / Handout / Anadolu Agency via Getty Images

The methane leaking from Nord Stream pipes into the Baltic Sea may be one of the worst natural gas leaks in history, scientists say. Although the breached pipes were not in operation, they still contained natural gas when they were damaged. The leaking natural gas primarily consists of methane, a leading contributor to global warming.

North Atlantic Treaty Organization (NATO) has said in a statement that the damage is believed to be a deliberate act of sabotage. The pipelines run between Russia and Germany, and some officials and energy experts say Russia is to blame. Investigations are underway.

“The damage to the Nordstream 1 and Nordstream 2 pipelines in international waters in the Baltic Sea is of deep concern. All currently available information indicates that this is the result of deliberate, reckless, and irresponsible acts of sabotage,” NATO said. “These leaks are causing risks to shipping and substantial environmental damage. We support the investigations underway to determine the origin of the damage.”

While the amount of gas leaking from the pipes is still unknown, scientists estimate it to be around 100,000 and 350,000 metric tons of methane so far, as reported by The Guardian.

There have been three explosions causing the damage, the first recorded on Monday, but it still remains to be seen if there are multiple holes, how large the openings are and how much gas is leaking. There are at least four leaks, though, with the fourth just discovered by Sweden. Nord Stream 2 may have contained 300 million cubic meters of gas before the project was stopped by Germany days before Russia invaded Ukraine.

“It has the potential to be one of the biggest gas leaks,” Jasmin Cooper, a research associate at Imperial College London’s Department of Chemical Engineering, told The Guardian. “The climate risks from the methane leak are quite large. Methane is a potent greenhouse gas, 30 times stronger than CO2 over 100 years and more than 80 times stronger over 20 years.”

While this leak will not have an impact on marine life the way an oil spill does, the vast volume of natural gas leaking could be devastating for the atmosphere. According to the Danish Energy Agency, over half the gas in the pipes has leaked, and the rest of the gas is expected to emit into the atmosphere by Sunday, October 2.

If 250,000 metric tons of methane leak from the pipes, it could have a climate impact equivalent to 1.3 million cars driving on roads for one year.