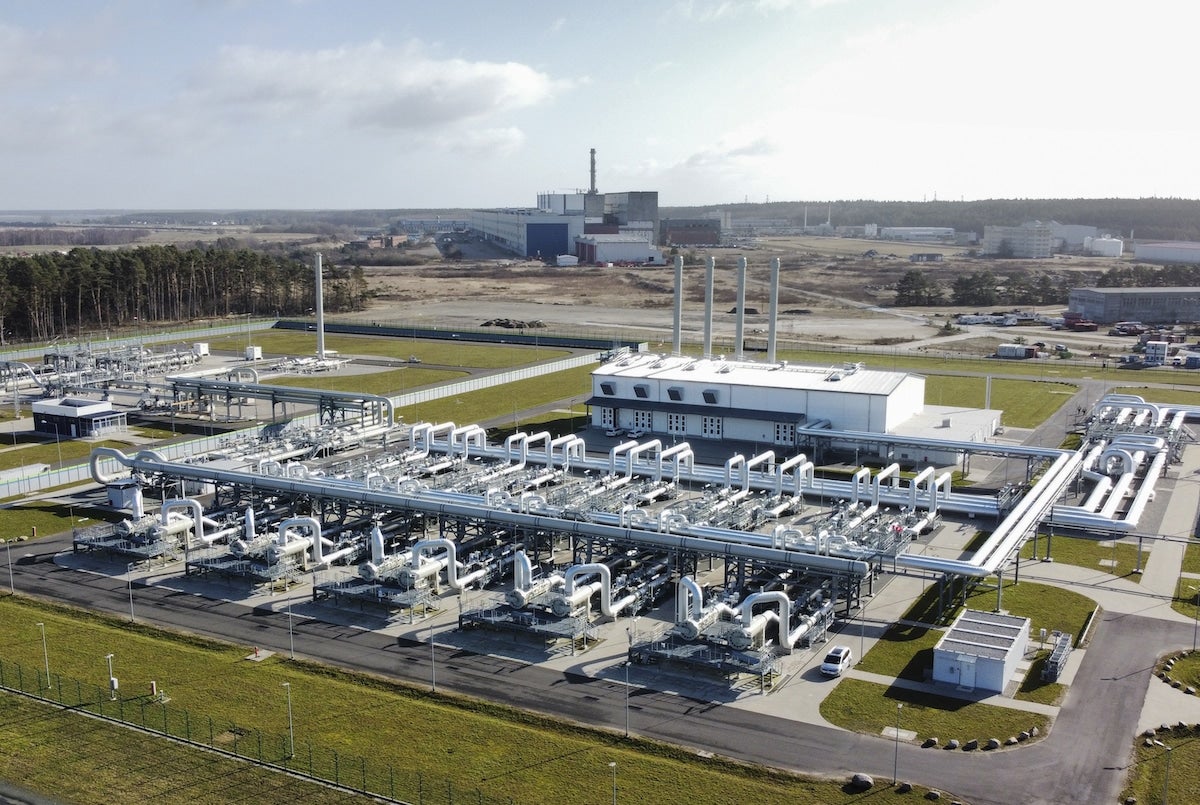 The Nord Stream 2 gas receiving station on Germany's Baltic coast in Lubmin on Feb. 23, 2022. It is the logistical link between the Nord Stream 2 Pipeline and the European pipeline network. Abdulhamid Hosbas / Anadolu Agency via Getty Images

Russia’s invasion of Ukraine may have effectively killed a controversial fossil-fuel project.

On Wednesday, President Joe Biden announced sanctions against the company and CEO behind the Nord Stream 2 gas pipeline from Russia to Germany after the Russian government recognized two separatist territories in Ukraine as independent.

“Through his actions, President (Vladimir) Putin has provided the world with an overwhelming incentive to move away from Russian gas and to other forms of energy,” President Biden wrote in a statement announcing the sanctions.

The Nord Stream 2 pipeline was supposed to move natural gas across 1,230-kilometers (approximately 764 miles) from Russia to Germany, as CNN International climate editor Angela Dewan wrote. It was already controversial for both geopolitical and climate reasons. European leaders worried Russia could turn off the flow of gas as a form of political pressure, and it would have spewed 100 million tons of carbon dioxide into the atmosphere every year, not counting inevitable methane leaks.

Geopolitics took the lead this week, however, as Putin announced Monday he would recognize two breakaway territories in the Ukraine, DW reported. This raised fears of a Russian invasion of Ukraine, and Putin immediately ordered troops to the territories.

In response, Germany said Tuesday it would suspend its approval for the pipeline that would have doubled the gas flow from Russia to Germany, Reuters reported. The next day, Biden announced sanctions on pipeline-owner Nord Stream 2 AG company and its CEO Matthias Warnig. The company is a Swiss-owned entity whose parent company is the Russian state-owned gas giant Gazprom. Warnig is German.

The Biden administration had been opposed to the pipeline before, but did not want to sour relations with Germany by taking official action, CNN reported. Germany’s action Tuesday gave the administration permission to act. Deputy National Economic Council Director Daleep Singh told POLITICO that the U.S. and German governments had worked together to ensure that the pipeline “will not become operational.”

Dewan wrote that the fallout from Putin’s Ukraine invasion could kill the pipeline for good.

“Whether or not Germany officially scraps Nord Stream 2 in the long term, Russia’s actions in Ukraine make the project politically dead,” she wrote.

The decision leads to the hope that Europe will invest in more renewable energy instead.

“The alternative to importing fossil fuels is the building up of autonomous energy sources at a national and EU level,” Carbon-Free Europe executive director Suzana Carp told The Independent.

However, University of Reading climate scientist Dr. Ella Gilbert warned that there was a possibility Europe would turn towards dirtier fuels like coal or shale gas instead.

“I hope there’s this diversification of energy supply and we invest in renewable technologies because if we don’t we’re moving backwards,” she told The Independent. “It’s really a no-brainer for any government with any form of foresight.”