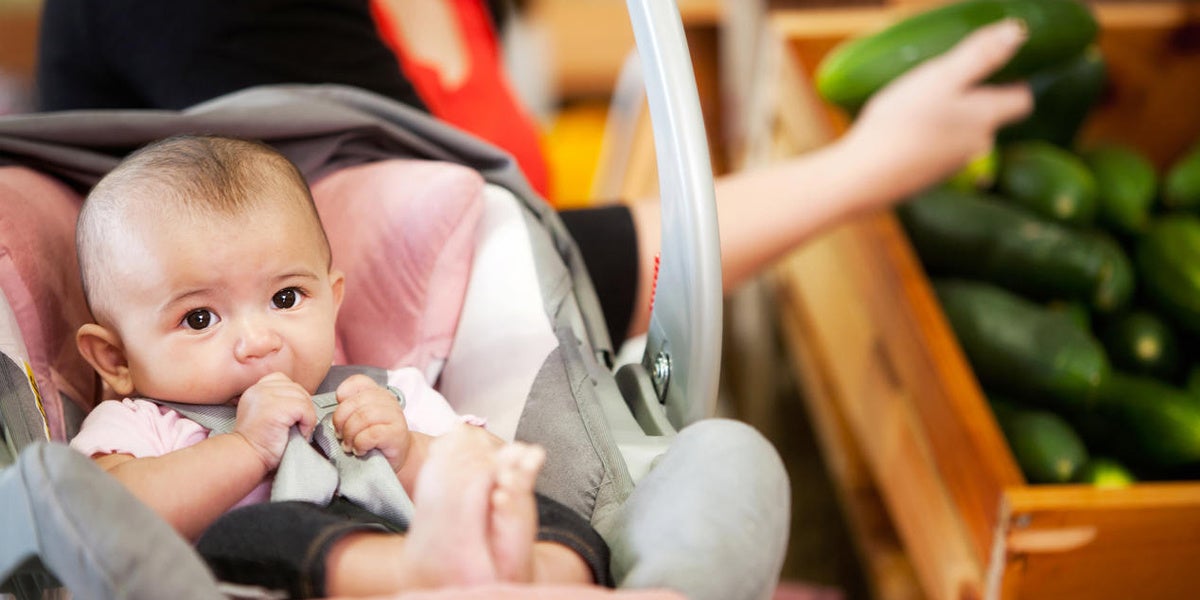 You shun Styrofoam tableware, buy organic oranges and even get your kids to eat leafy greens. But are you doing all you can to protect your children from toxic chemicals that may lurk inside their favorite foods?

“When it comes to pesticides, preservatives and other toxic chemicals, you need to set priorities for your family,” said Kristi Pullen Fedinick, a staff scientist with Natural Resources Defense Council’s (NRDC) health program. “You may not be able to eliminate all potentially harmful chemicals from your kitchen, but you can work to minimize them.”

Because their bodies are still developing and their neurological and endocrine systems are more sensitive than those of adults, kids are especially vulnerable to toxic chemicals that pollute food. A recent study in the medical journal Lancet concluded that “children are at high risk of pollution-related disease.” Health issues that are linked to toxic chemicals found in food include asthma; reproductive deformities; attention deficit hyperactivity disorder (ADHD); the early onset of puberty; and learning disabilities, lower IQ and other neurological problems.

When pollutants in food are ingested by kids who happen to be going through growth spurts, it’s especially risky. “The stage from infancy to age three and the pubescent phase are critical times when these chemicals’ influence can be even larger because of how the body is developing,” said Miriam Rotkin-Ellman, a senior scientist in NRDC’s Health program. “During these windows, even small exposures can potentially have long-term effects.”

Here are four tips for reducing that risk at home.

Stay vigilant about your family’s menu choices. But don’t allow your kids to get too fussy in turn. “Young children have a tendency to like eating only certain foods,” Rotkin-Ellman said. “But there was a documented case of a kid who had mercury poisoning because of eating the same type of mercury-laced tuna-fish sandwiches day in and day out.”

By exposing your children to as many flavors, textures and varieties of food as possible, you’ll not only expand their horizons but also help them stay safe. “I have a three-year-old son,” Rotkin-Ellman said, “and by cultivating variety in his diet, I’m lessening his chance of getting overexposed to any single toxic chemical.”

2. Feed them plenty of fruits and veggies, but avoid pesticides.

When shopping for produce, it’s especially important to make your selections free of chlorpyrifos. This common pesticide has been shown to delay development and cause neurological problems, yet U.S. Environmental Protection Agency Administrator Scott Pruitt has recklessly approved it for continued use on our crops. To avoid exposure to chlorpyrifos and other pesticides toxic to kids, choose foods labeled USDA Organic.

“Organic food can be more expensive,” said Rotkin-Ellman, “but from a health perspective, it’s definitely beneficial for those fruits and vegetables your kids eat most.” The Environmental Working Group’s Dirty Dozen and Clean 15 lists are helpful guides, especially when making decisions about which items to splurge on from your grocery’s organic produce section. Items on the Dirty Dozen list include strawberries, spinach, nectarines, apples, peaches, celery, grapes, pears, cherries, tomatoes, sweet bell peppers and potatoes.

As an extra precaution, or when it’s not possible to buy organic products, wash all produce thoroughly and carefully before eating it, and peel conventionally grown fruits and veggies.

3. Proteins are important, but stay away from those packed with mercury or raised with antibiotics.

When it comes to fish, the top concern is mercury. The toxic metal is often found in high concentrations in the bodies of fish toward the top of the food chain, such as tilefish, bluefish, grouper, king mackerel, swordfish and tuna. Children with prolonged or repeated exposure to mercury can suffer brain damage and learning disabilities. To avoid mercury contamination, serve smaller varieties of seafood, and look for mercury-free fish sticks for those who prefer finger food. 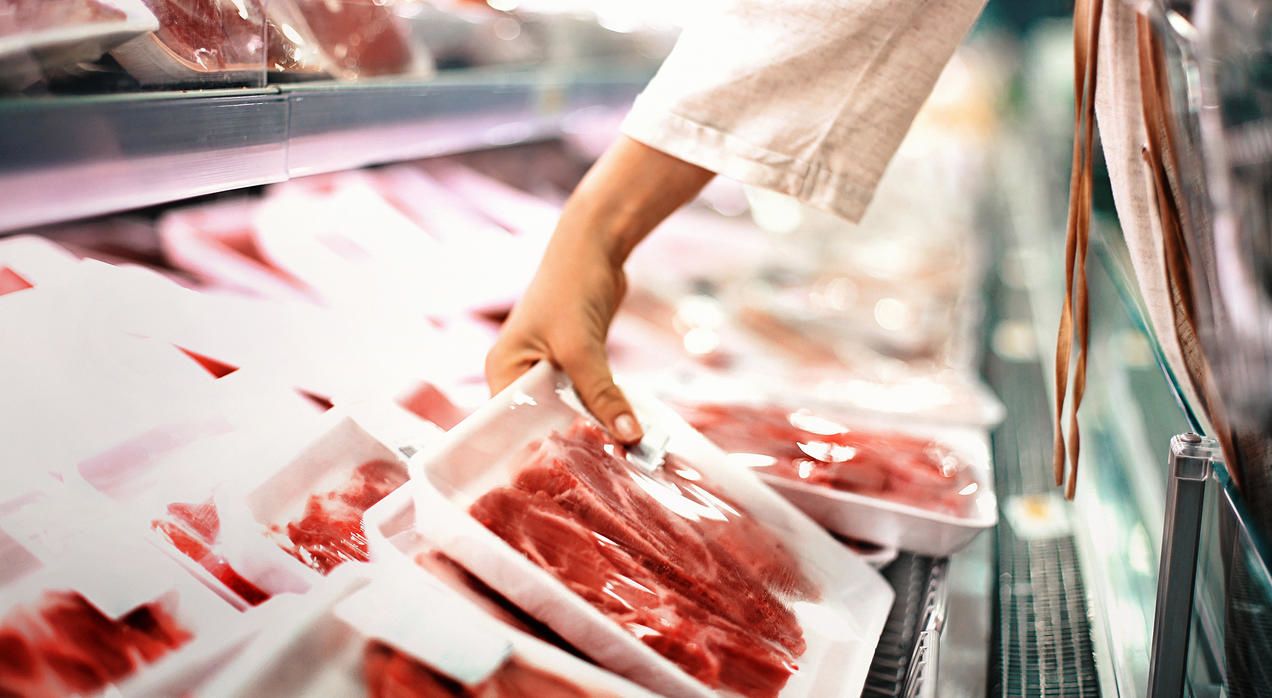 When buying meat, poultry and dairy, opt for products from animals raised without the routine use of antibiotics. This helps prevent the spread of drug-resistant bacteria in communities. Look for any of these labels: USDA Organic, USDA Process Verified Never Ever 3, Global Animal Partnership (GAP), American Grassfed, Certified Humane and Animal Welfare Approved. Note that while animal products bearing labels such as No Antibiotics Administered, No Antibiotics Added or Raised Without Antibiotics communicate the producer’s commitment to responsible use, they are not third-party certified as coming from farms where routine use of antibiotics is prohibited. Fortunately, there are now more affordable options in this category, especially for chicken products.

4. Cut down on processed foods. 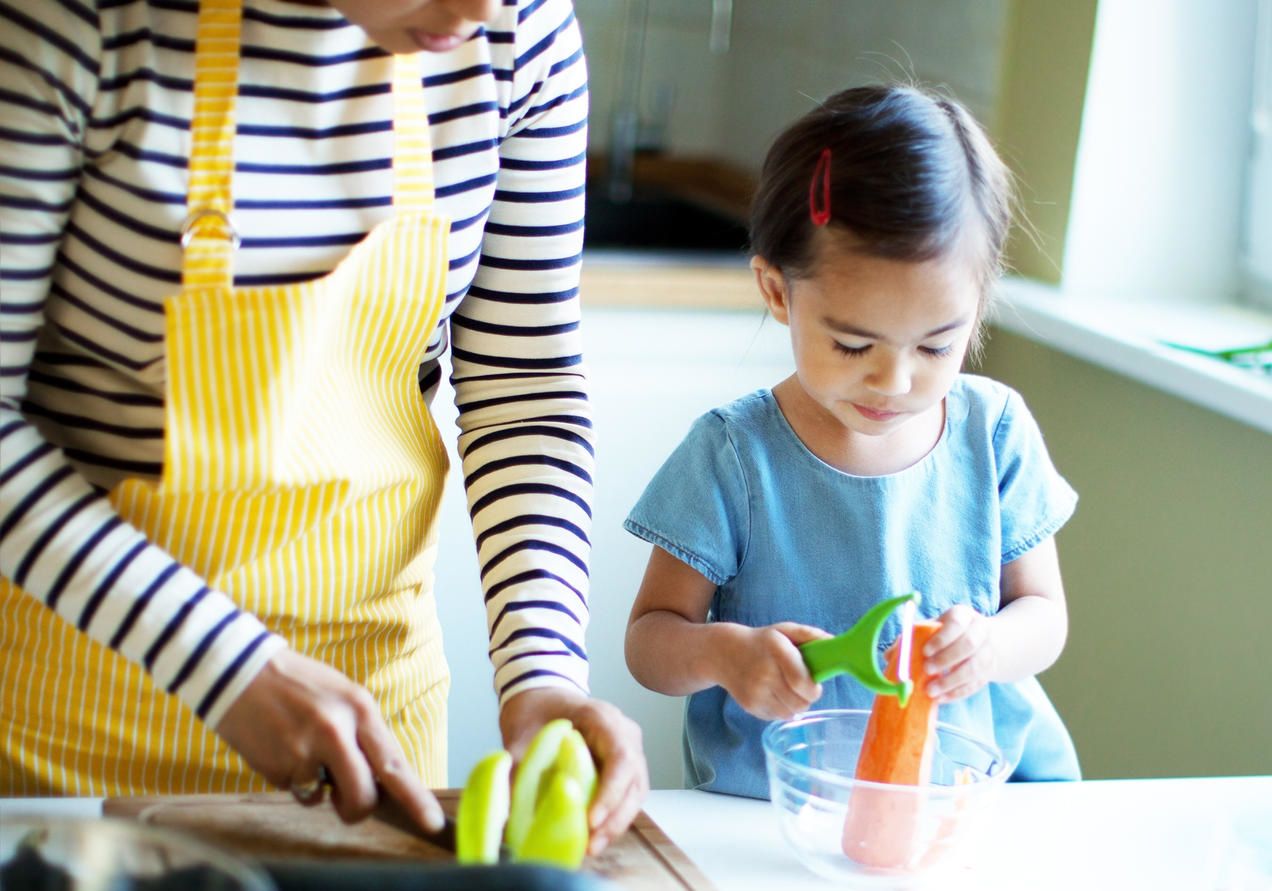 Scientists estimate that more than 3,000 chemicals are currently being added to foods during processing, often without safety testing first. Consider phthalates, additives that are used to make plastics soft and flexible. These harmful chemicals can make their way into food through packaging and the manufacturing process, and though they are known to disrupt hormones and impair neurological development in children, they “are used in much of the factory equipment that food goes through,” said Rotkin-Ellman. “And as foods get more and more processed, their phthalate levels go up.” In a recent analysis of macaroni and cheese powders by the Coalition for Safer Food Processing and Packaging, of which NRDC is a member, phthalates were found in all 10 products sampled. The presence of these chemicals in “kid-friendly” foods is particularly troubling given that children’s phthalates levels can be double those of adults.

While NRDC, our partners and concerned consumers continue to push for stricter regulation that prohibits risky chemicals in our food, here are some simple ways to protect your family: