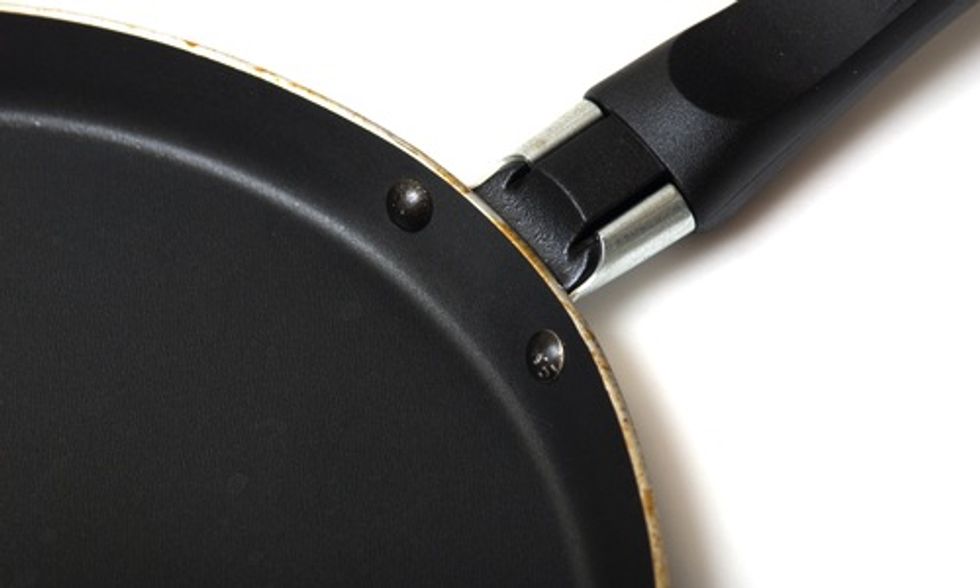 Prenatal exposure to a chemical used in the manufacture of nonstick cookware and stain-resistant materials may be linked to a delay in the first menstrual period, according to research in Denmark.

The study is among the first to look at the long-term health effects of prenatal exposure to perfluoroalkyl substances on human female reproduction, the researchers said. These compounds collect in human tissue and in the environment.

“Since [the compounds] can be detected in humans all over the world, effects of prenatal exposure on female reproductive function later in life may have wide health implications,” the authors wrote.

Between 1988 and 1989, the researchers tested blood collected from pregnant Danish women and then asked their 343 daughters to complete questionnaires at age 20. Maternal levels of the chemicals were used as a proxy for prenatal exposure because the chemicals cross the placental barrier from mother to fetus.

It’s unclear what health effects, if any, a delay in menstruation of a couple months might have on the daughters.

PFOA is used in the manufacture of many products, including Teflon nonstick pans and stain-resistant food containers. But the U.S. Environmental Protection Agency says most people’s exposures may be coming from breakdown products of related chemicals, not from trace amounts found in some consumer products. DuPont and other large U.S. manufacturers voluntarily agreed in 2006 to eliminate PFOA emissions into the air and water by 2015.

An independent scientific panel approved by DuPont as part of a class action lawsuit earlier linked PFOA to kidney and testicular cancer in humans.

No link was found to another perfluorinated compound, perfluoroalkyl sulphonic acid or PFOS, previously used in Scotchgard until 3M voluntarily stopped using it in 2002.

Previous research has suggested that lifetime exposure to perfluorinated compounds may be associated with reduced fertility, delayed puberty and earlier onset of menopause.

The link between these compounds and timing of puberty was investigated in one previous study that found no statistically significant association. However, that study only included girls who began menstruating before age 11.5.