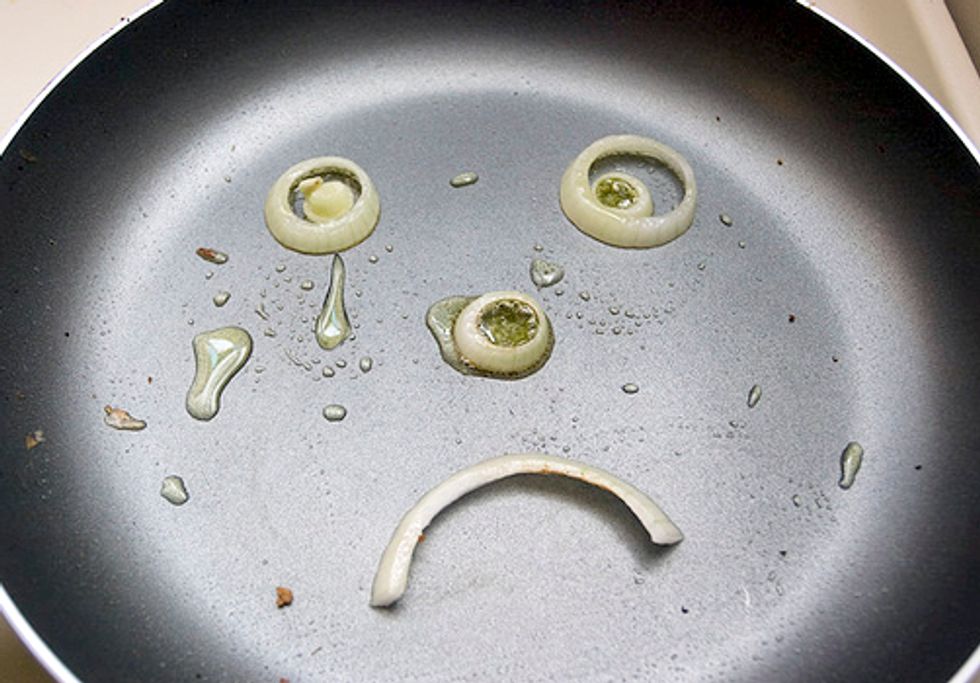 An independent scientific panel approved by the DuPont company as part of a class action lawsuit has linked an industrial chemical known as C-8 or PFOA to kidney and testicular cancer in humans.

“Widespread pollution by PFOA should be a wake-up call that our chemical regulation system is severely broken,” said Olga V. Naidenko, Ph.D., a senior scientist at the Environmental Working Group (EWG). “It is particularly urgent for the Environmental Protection Agency to develop a legal limit for drinking water pollution by PFOA, which is currently unregulated and never should have come to market.”

EWG has campaigned for nine years to curb the use of PFOA, a toxic perfluorinated chemical whose full name is perfluorooctanoic acid, and to impose a strict cap on its presence in drinking water. As well, EWG has advocated reforms to the federal Toxic Substances Control Act that would require pre-market safety testing of all chemicals.

Emissions of PFOA, once manufactured by DuPont to produce non-stick coatings, have polluted the water of at least nine states and the District of Columbia. As a result of widespread pollution, PFOA and related chemicals are now found in the bodies of more than 99 percent of Americans. Pollution has been particularly pronounced around Parkersburg, W.Va., where a DuPont plant emitted PFOA into the air and Ohio River from the 1950s until recently. Emissions from the plant have been largely eliminated over the past several years under a phase-out agreement between the Environmental Protection Agency and DuPont.

In 2002, communities whose drinking water was polluted with PFOA emissions from the Parkersburg DuPont plant filed a class action lawsuit against the company for contaminating ground water. Two years later, DuPont agreed to a settlement that created a scientific panel to conduct comprehensive detailed studies on PFOA and human health by analyzing data from nearly 70,000 people who live or have lived in six water districts in Ohio and West Virginia in the vicinity of the DuPont plant.

The scientific panel’s latest data, made public on Monday, associated the chemical with kidney and testicular cancer and possibly thyroid cancer. In earlier years, the panel linked PFOA to pregnancy-induced hypertension and preeclampsia. With this new finding, DuPont could be forced to spend more than $200 million on medical monitoring programs for current and former residents of the area.

EWG’s review of water pollution studies published in the open scientific literature and government dockets has determined that PFOA pollution in water has been reported not only in West Virginia and Ohio, but also New Jersey, Minnesota, Alabama, Georgia, Illinois, Virginia, New York and the District of Columbia.

Although the levels of PFOA found in people’s blood have declined recently as the chemical is phased out of use in the U.S., people can be exposed to perfluorinated chemicals by using a variety of consumer products, including grease-resistant food packaging as well as furniture, carpets and clothing treated with stain-resistant coatings. When ingested or inhaled, these chemicals can be converted into PFOA in the human body.

DuPont, the only current American maker of PFOA, has committed to phase out manufacture, purchase and use of the chemical by 2015. But companies overseas continue to produce and use it. U.S. law does not require that that its replacements be screened for safety for the environment and human health. In the case of PFOA and other toxic perfluorinated chemicals, only a global phase-out can protect public health and the environment.