Noam Chomsky: ‘Ridicule Is Not Enough’ to Defeat Trumpism 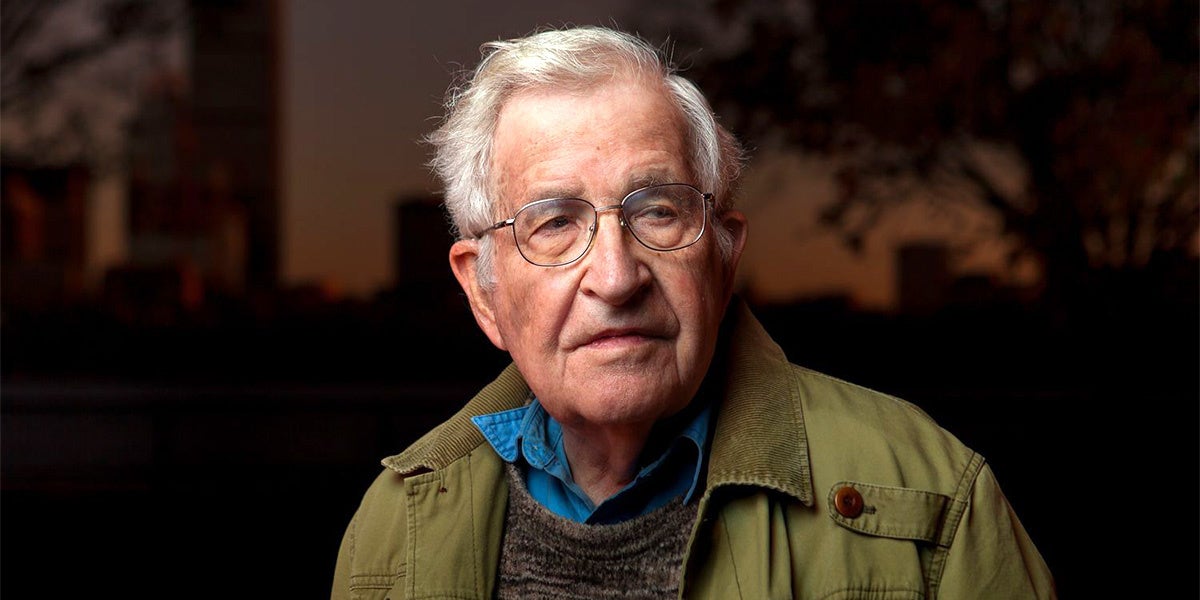 Noam Chomsky has a message for the resistance movement and the mainstream media alike: “Ridicule is not enough” to defeat Trumpism.

“We have to be a little cautious about not trying to kill a gnat with an atom bomb,” he told George Yancy in a New York Times interview on July 5.

The political scientist and world-renowned linguist went on to praise Late Show host Stephen Colbert’s recent smackdown of Republican efforts to gut the country’s climate laws. Chomsky has dubbed the current GOP “the most dangerous organization in world history.” For him, the question is how Democrats can recapture the White House before the planet’s fate is sealed.

Noam Chomsky: The GOP Is Still the Most Dangerous Organization in Human History https://t.co/oMTQ0spyE1 @Greenpeace @Sierra_Magazine

“It’s necessary to address the concerns and beliefs of those who are taken in by the fraud, or who don’t recognize the nature and significance of the issues for other reasons,” he noted.

While the opposition remains fractured, talk radio “and other practitioners of alternative facts” are uniting Trump voters against a common enemy—the left.

“For the majority of the base, Trump and the more savage wing of the Republican establishment are not far from their standard attitudes,” Chomsky asserted, noting that most Trump supporters “are relatively affluent.”

“Three-quarters had incomes above the median,” he explained. “About one-third had incomes of over $100,000 a year, and thus were in the top 15 percent of personal income, in the top 6 percent of those with only a high school education.”

According to Chomsky, rebuilding the Democratic Party will largely depend on a revival of the New Deal agenda, to draw in the “industrial sector” of Trump voters.

“A segment of the Trump base comes from the industrial sector that has been cast aside for decades by both parties, often from rural areas where industry and stable jobs have collapsed,” he said. “Many voted for Obama, believing his message of hope and change, but were quickly disillusioned and have turned in desperation to their bitter class enemy, clinging to the hope that somehow its formal leader will come to their rescue.”