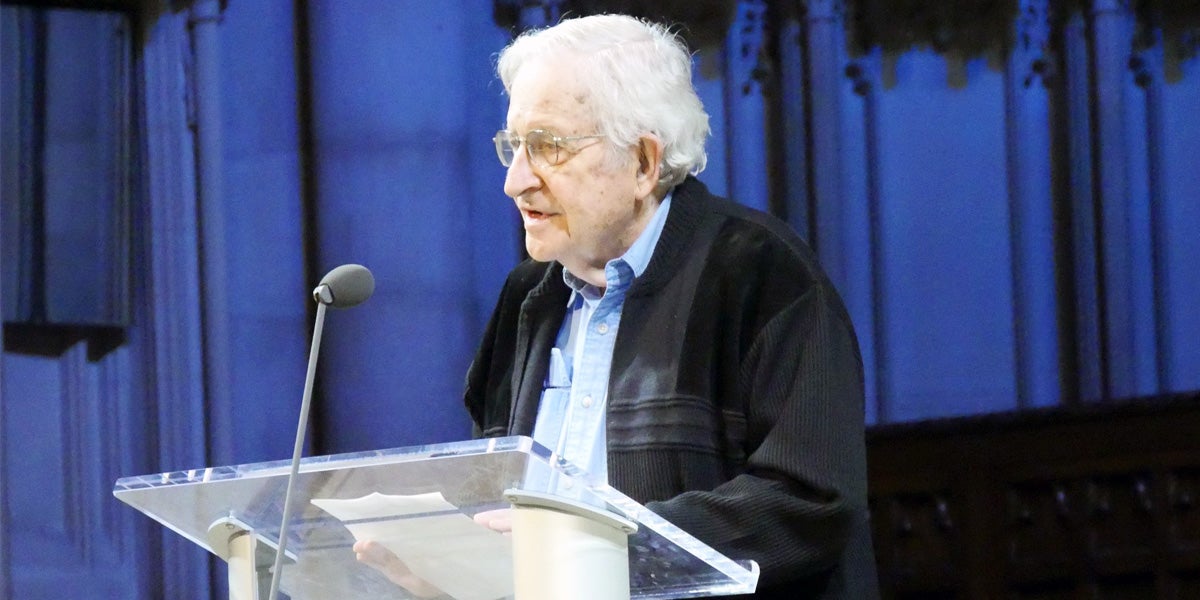 Democracy Now! celebrated its 20th anniversary Monday night at the historic Riverside Church in New York City. Among those who addressed more than 2,000 attendants was world-renowned linguistic Noam Chomsky.

Chomsky spoke about the two most dangerous threats the human species faces today: the possibility of nuclear war and the accelerating destruction of human-fueled climate change. Chomsky also addressed the dangers of Donald Trump‘s climate change denialism—and what it means for the future of the human species.

Watch the video clips below: