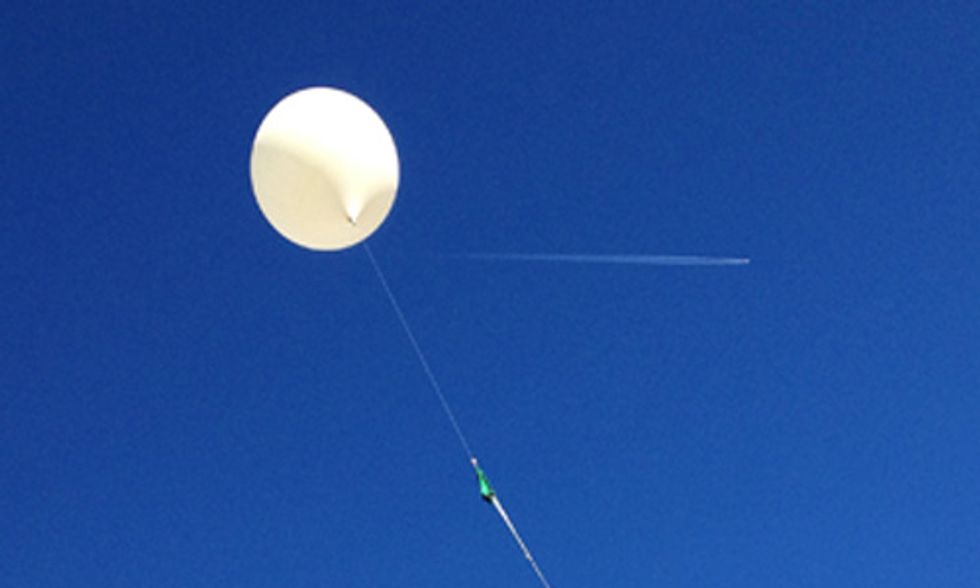 A new air sampling device may help scientists better track carbon pollution in the atmosphere. Listen here or read below:

As countries around the world commit to reducing emissions, measuring their carbon pollution is critical to tracking progress. Pieter Tans is a senior scientist at the National Oceanic and Atmospheric Administration, and he's invented a tool that might help.

The AirCore is a patented air sampling device that at first seems improbably simple: a steel tube—500 feet long and as thick as a chopstick—coiled up like a hose and sent into the stratosphere by helium balloon.

At roughly a 100,000 feet, the balloon pops. Then a parachute deploys, slowing the AirCore's descent while it gathers samples from nearly every layer of the atmosphere.

"That's what AirCore does: we bring back the physical sample of a very long sliver of air all the way from nearly the very top of the atmosphere to the ground, and we put that through calibrated instruments," Tans said. "So we produce calibrated measurements."

It's not yet ready for commercial use, but AirCore's simple design and accuracy may make it a more affordable and effective way to track global emissions of carbon dioxide.