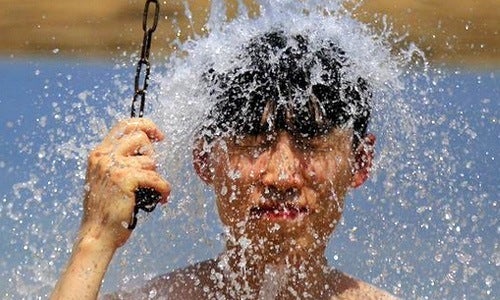 July was a scorcher, globally speaking. Last month was the warmest on record worldwide with many countries and the world’s oceans experiencing intense heat waves, the U.S. National Oceanic and Atmospheric Administration said today in a report.

The report found that “the July average temperature across global land and ocean surfaces was 1.46°F above the 20th century average.” And since July is “climatologically the warmest month for the year, this was also the all-time highest monthly temperature in the 1880–2015 record, at 61.86°F, surpassing the previous record set in 1998 by 0.14°F.” It comes as no surprise that Arctic sea ice hasn’t fared well with all this warmth. The average Arctic sea ice extent was the eighth smallest since records began in 1979. 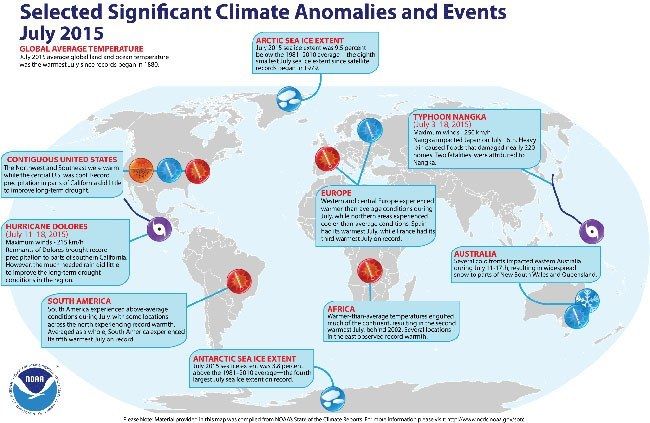 The report also found that it’s been the warmest January to July period on record, all but ensuring that 2015 will be the hottest year on record. “I would say [we’re] 99 percent certain that it’s going to be the warmest year on record,” Jessica Blunden, a climate scientist with ERT, Inc., at the National Oceanic and Atmospheric Administration, said during a press teleconference on Thursday.

Evidence of this record heat is everywhere you look. Thirteen of the last 15 years have been the warmest years on record. According to a Climate Central analysis, “the odds of that happening randomly without the boost of global warming was 1 in 27 million.” At EcoWatch we have covered extensively the heat waves hitting the globe in recent months. India and Pakistan both had heat waves that killed thousands of people and even melted the roads. Extreme weather has scorched the Middle East, Asia, Europe and the U.S. Earlier this month, the heat index in Iran hit 164°F, among the hottest temperatures ever endured by mankind.

The Western U.S., particularly Alaska, which is warming twice as fast as other regions of the globe, has seen record warmth in the first half of the year. It was so hot in Texas last week that an athlete’s shoe melted during practice.