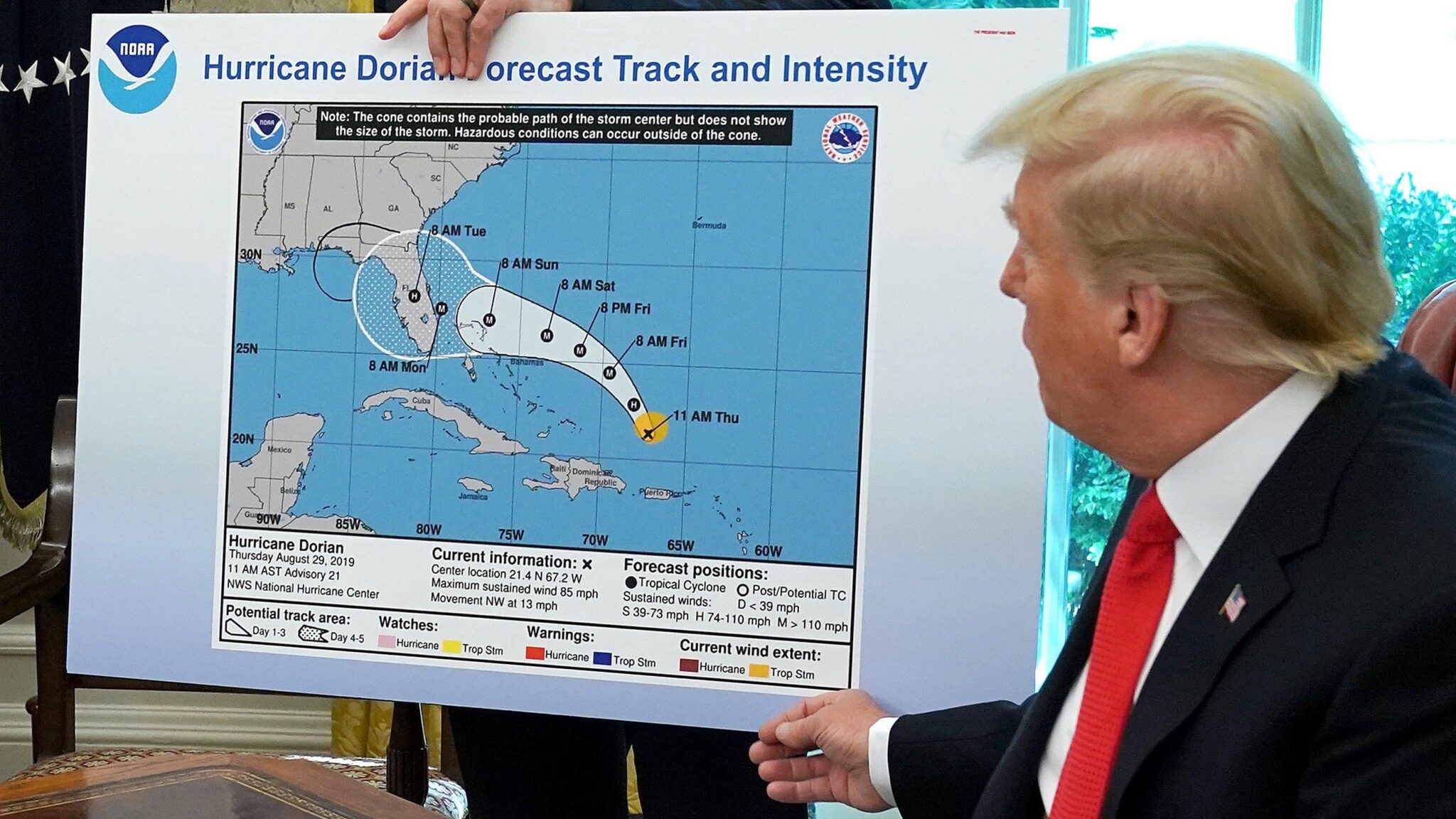 That’s the question at the heart of a Saturday report from The Washington Post that leadership at the National Oceanic and Atmospheric Administration (NOAA) directed staff not to contradict Trump’s claims that Hurricane Dorian would impact Alabama.

The controversy began Sept. 1 when Trump sent a tweet listing Alabama among the states that what would “likely be hit (much) harder than anticipated” by the approaching hurricane, as HuffPost reported.

But Alabama was not in the National Hurricane Center’s “cone of uncertainty,” which meteorologists use to predict a storm’s likely path, The Washington Post explained. Trump’s tweet prompted concerned residents to call the Birmingham, Alabama office of the National Weather Service (NWS), which is operated by NOAA. In response, the Birmingham NWS tweeted that Alabama would “NOT see any impacts” from the hurricane.

Alabama will NOT see any impacts from #Dorian. We repeat, no impacts from Hurricane #Dorian will be felt across Alabama. The system will remain too far east. #alwx

After both tweets were posted, NOAA sent an email to NWS staff instructing them to “only stick with official National Hurricane Center forecasts if questions arise from some national level social media posts which hit the news this afternoon.”

They were also told not to “provide any opinion,” according to the email obtained by The Washington Post.

NWS staff received a similar email on Sept. 4, after Trump displayed an Aug. 29 forecast map during a White House briefing that had been altered with a black marker to include Alabama in the cone of uncertainty.

“This is the first time I’ve felt pressure from above to not say what truly is the forecast,” an anonymous NOAA meteorologist told The Washington Post. “It’s hard for me to wrap my head around. One of the things we train on is to dispel inaccurate rumors and ultimately that is what was occurring — ultimately what the Alabama office did is provide a forecast with their tweet, that is what they get paid to do.”

The Washington Post report came a day after NOAA issued an unsigned statement supporting the President’s claims that Dorian would impact Alabama, as NPR reported.

“The Birmingham National Weather Service’s Sunday morning tweet spoke in absolute terms that were inconsistent with probabilities from the best forecast products available at the time,” the statement said.

“Some administrator, or someone at the top of NOAA, threw the National Weather Service under the bus,” University of Miami hurricane researcher Brian McNoldy told NPR.

A NOAA official told The Washington Post there was no “political motivation” behind Friday’s statement, and that it had been issued because a NOAA forecast had shown a five to 10 percent chance that tropical storm force winds would hit a small part of Alabama. However, such winds rarely cause enough damage to warrant advance preparation, The Washington Post pointed out.

“The job just got harder because of this issue,” he said.