No Wonder Asthma is a Growing Epidemic 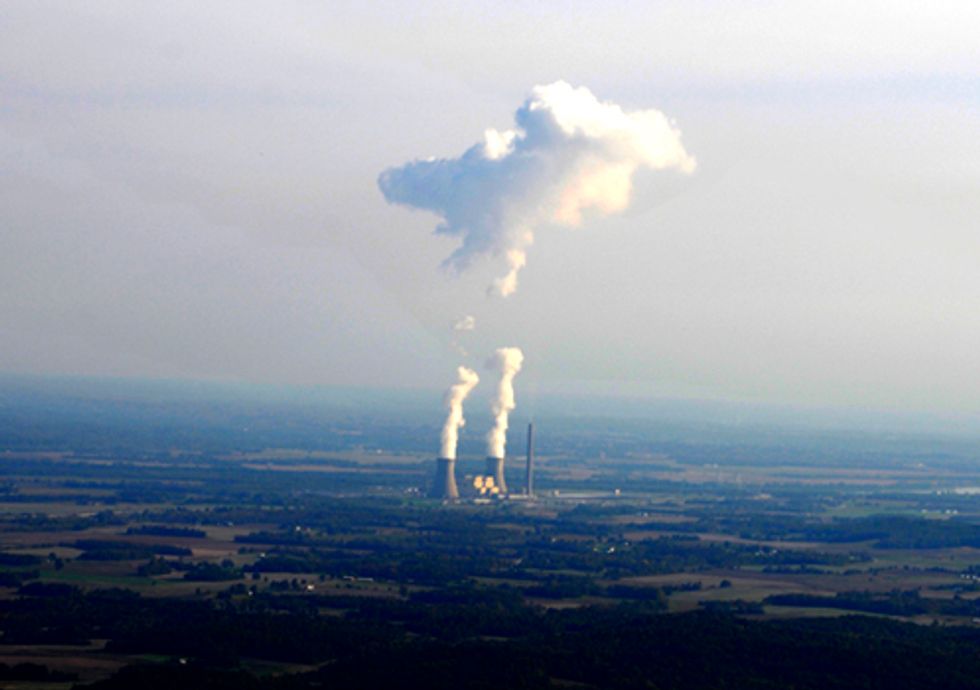 AEP’s Rockport power plant not only dominates the skyline in southwest Indiana, it also makes clouds. A close inspection of this photo taken on Oct. 12 shows several impacts this coal plant and others like it have on regional air quality.

The AEP Rockport plant in Indiana emits each year a whopping 2,517,032 pounds of air toxins that impact the health of residents far and wide surrounding the plant. Photo by John Blair

First, it obviously impacts the local weather by creating moisture laden clouds immediately above the cooling towers of the plant. This was the only cloud in the entire sky on a recent aerial photo flight.

The blue area at the horizon is likely sulfate particles which are damaging to humans and when combined with water becomes sulfuric acid which is harmful to nearly everything.

A little higher, the particles in the air become sooty and brown, representing nitrogen oxides and other pollution from burning coal.

In this case, according to U.S. Environmental Protection Agency's GRID database, the Rockport plant, each year emits a whopping 2,517,032 pounds of air toxins that impact the health of residents far and wide surrounding the plant. On a more global perspective, Rockport emits more than 18 million tons of carbon dioxide, 54,796 tons of sulfur dioxide and almost 20,000 tons of nitrogen oxides.

Although AEP is legally bound to put scrubbers on the plant by 2018, they currently are trying to wiggle out of a consent decree and spend less money to do a lesser job of cleaning their pollution.

The plant was the last huge plant in the nation to use what are called “tall” stacks to disperse emissions over a wider area. The Rockport stack juts a 1,040 feet into the air to belch its deadly chemicals over a wider region. Congress abandoned tall tall stacks when they passed the Clean Air Act Amendments of 1977. This plant “announced” about the same time, that it was “grandfathered” under the old law even though it was built after the Amendments passed.