No Time for "Slacktivism," Here on the Hudson 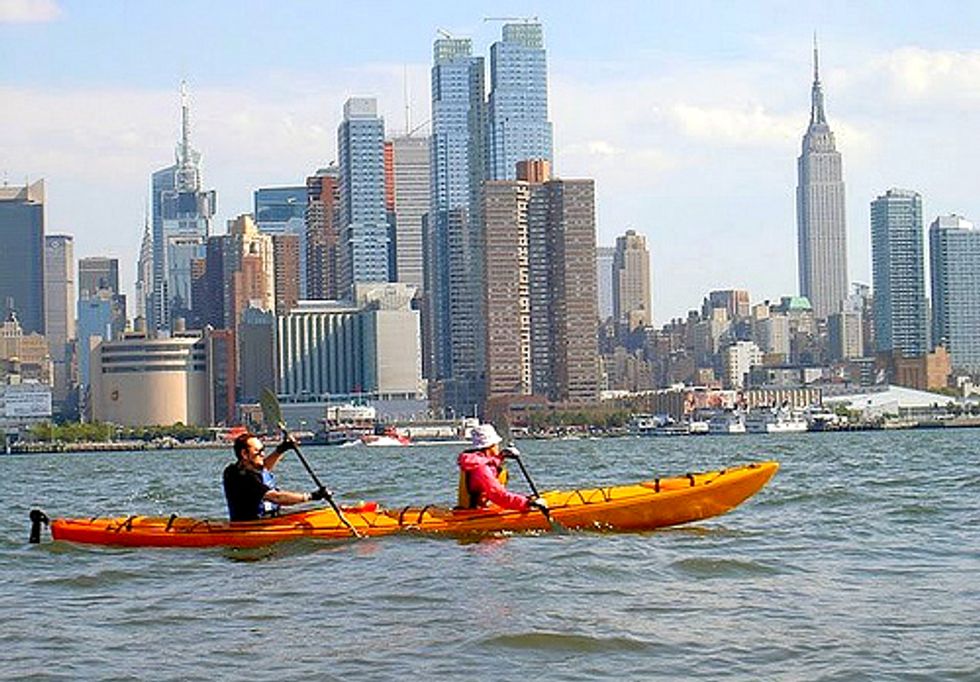 There's a lot of talk lately about the comfort-of-your-own-home brand of advocacy known as slacktivism, but grassroots environmentalists on the Hudson River aren't paying much attention to it. They're too busy doing cleanups, taking water quality samples and occupying government agencies until officials pony up the resources needed to restore our river.

Riverkeeper is doing everything it can to support these volunteer water warriors because, as Margaret Mead famously told us, they are the ones who make change happen. For example, on March 13, New York City announced a historic 2.4 billion dollar investment in pollution-fighting green infrastructure, which Riverkeeper has sought since 2006. The community muscle needed to push the plan over the top came from a 70-organization collective called the SWIM Coalition. Days earlier, the dedicated activists who make up the Indian Point Safe Energy Coalition earned national headlines by bringing together Americans and Japanese to commemorate the first anniversary of Fukushima and fight for closure of Indian Point—America's most dangerous nuke plant. In January, after just a year of citizen water-quality testing, the Sparkill Creek Watershed Alliance convinced local officials to fix a key pump station that had been failing for decades.

Water contamination from failing infrastructure is a significant public health risk in New York. Tens of thousands of New Yorkers swim, fish and boat on the Hudson, and they assume that government has taken the necessary steps to keep the water clean. Riverkeeper's water quality testing reveals the truth—bacteria levels in the river exceed federal safe swimming guidelines over 20 percent of the time. After it rains, that number can be as high as 56 percent.

These numbers are dismal—far worse than the national average. But they've also sparked a cry for change. People up and down the Hudson have downloaded our sampling results and asked: what can we do to improve conditions where we live? Riverkeeper's reply: collect more data, take it to your local officials and demand action.

When Riverkeeper gathers the tribes in June for a Day of Activism on the Hudson, stories about change will be everywhere. Nearly a dozen local groups now sample for water quality and lobby for investment in our crumbling infrastructure. These groups are savvy and they're not afraid to mix it up, giving them leverage with local officials (many of whom are themselves environmentalists, just waiting for the citizen backing they feel they need before taking action).

This growing partnership between volunteer activists, NGOs and progressive public officials in NYC and the Hudson Valley bucks the national trend of declining support for the environment, and it couldn't come at a better time. Forty years after the Clean Water Act promised America swimmable, drinkable, fishable waters, over a third of America's rivers still don't meet federal standards, 117 million Americans get at least a portion of their drinking water from contaminated sources and a staggering 30 percent of New York's wastewater treatment plants are 20 or even 30 years beyond their intended retirement dates. It's a national embarrassment and a crime against public health, how we've let our water treatment infrastructure slide for so long.

Clean water is one of the few things we can't live without. Here on the Hudson, it seems like more volunteer environmentalists converge on government offices to deliver that message every day. Organizations like Riverkeeper, Clearwater, and Scenic Hudson are there to back them up, and that's just how it should be—with citizens leading the way. As former Environmental Grantmakers Association director Sarah Hansen wisely warns in her new study, Cultivating the Grass Roots, the environmental movement will never regain lost ground if it doesn't provide better support for boots-on-the-ground activism.

Strengthening ties between environmental professionals and grassroots volunteers won't solve all our problems but it's a good place to start. After all, when the movement was young, NGOs and local activists vowed to love, honor and cherish one another. We'd do well to renew those vows, this Earth Day —preferably on some nice stretch of riverbank.

Oh, and don't forget to tell the guests to come dressed for a cleanup after the ceremony. That river's not going to restore itself, now, is it?