No, SeaWorld Is Not Phasing Out Orca Shows 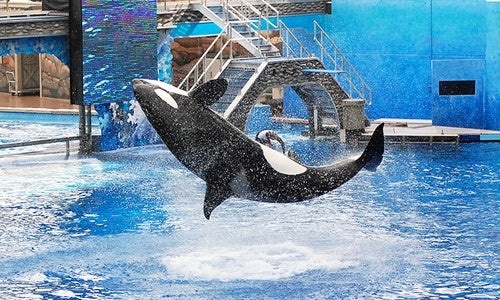 Yesterday’s headlines proclaiming that SeaWorld will be ending orca whale shows were almost as misleading as the alleged “educational value” of the shows themselves. 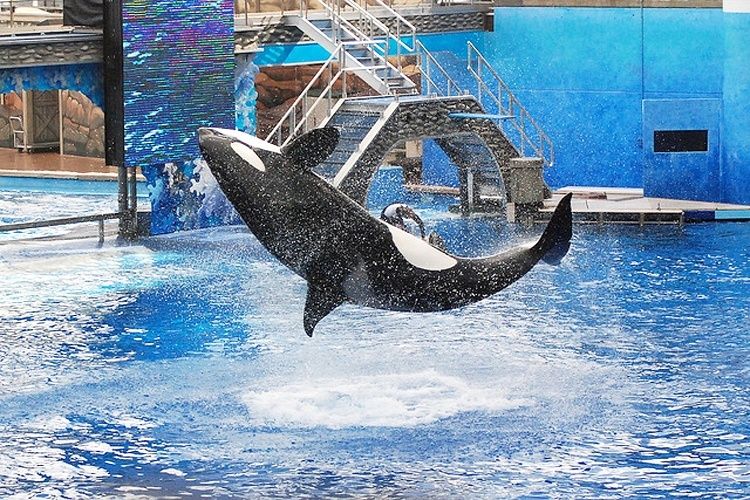 SeaWorld is not phasing out orca shows, just calling these shows by a different name. Photo credit: Josh Hallett

On Monday, SeaWorld announced that it will “phase out” the San Diego park’s theatrical killer whale show in 2016 and unveil a “new orca experience” in 2017. According to the announcement, which was made in a presentation to investors, the new experience will be “informative.” SeaWorld also says the new shows will be take place in a “more natural setting” and that they will carry a “conservation message inspiring people to act.”

This announcement was quickly picked up by media outlets around country, generating headlines that SeaWorld was “ending” or “getting rid of” its killer whale show.

The lack of meaningful change left many advocates frustrated. “SeaWorld fully intends to continue forced breeding of orcas in captivity,” says David Phillips, director of the International Marine Mammal Project (IMMP), an Earth Island Institute project that works to protect dolphins and whales. “They will continue to keep orcas in concrete tanks with no intention of retirement or release. They intend to continue to import and export orcas to other captive facilities as they see fit.”

Responding to the announcement in a press release, People for the Ethical Treatment of Animals said: “This move is like no longer whipping lions in a circus act but keeping them locked inside cages for life.”

SeaWorld has faced mounting public pressure in recent years. The 2013 release of Blackfish, a popular documentary criticizing SeaWorld’s treatment of orcas, sparked public outrage and company profits have taken a hit. The marine mammal giant has also faced several lawsuits this year, including one by Earth Island’s IMMP, arguing that SeaWorld has misled the public about the health and wellbeing of captive orcas.

In October, the California Coastal Commission voted to ban SeaWorld San Diego from breeding orcas in captivity and to restrict transfer of whales. (SeaWorld has said it will sue the commission over these restrictions.) And just last week, California Representative Adam Schiff announced that he will introduce a bill in Congress to phase out orca captivity throughout the U.S. If passed, the bill would ban breeding, import and export and wild capture of orcas.

https://twitter.com/thinkprogress/status/663066032978817024 is still proceeding with their litigation against the commission and with their captive breeding program as well, proving that this is all a PR stunt for their investors.”

On Monday SeaWorld CEO Joel Manby acknowledged the benefits that a more positive public image would bring. “People love companies that have a purpose, even for-profit companies,” he told SeaWorld investors in a webcast. “Just look at Whole Foods … I don’t see any reason why SeaWorld can’t be one of those brands.”

Manby also assured investors that any capital expenditures to spruce up orca tanks at SeaWorld San Diego will be “minimal,” leaving advocates to wonder how exactly the “theatrical” shows will be transformed into a more “natural” and “educational” experience.

What Manby doesn’t seem to understand is that the public is not only upset with the tricks the orcas are forced to perform for large crowds or the appearance of their tanks—it is the very fact of their captivity and the suffering it causes. SeaWorld is not phasing out orca shows, it is simply calling these shows by a different name, a semantic difference that makes no difference to the orcas still living in captivity.