'No Idea How to Fix' North Sea Gas Leak 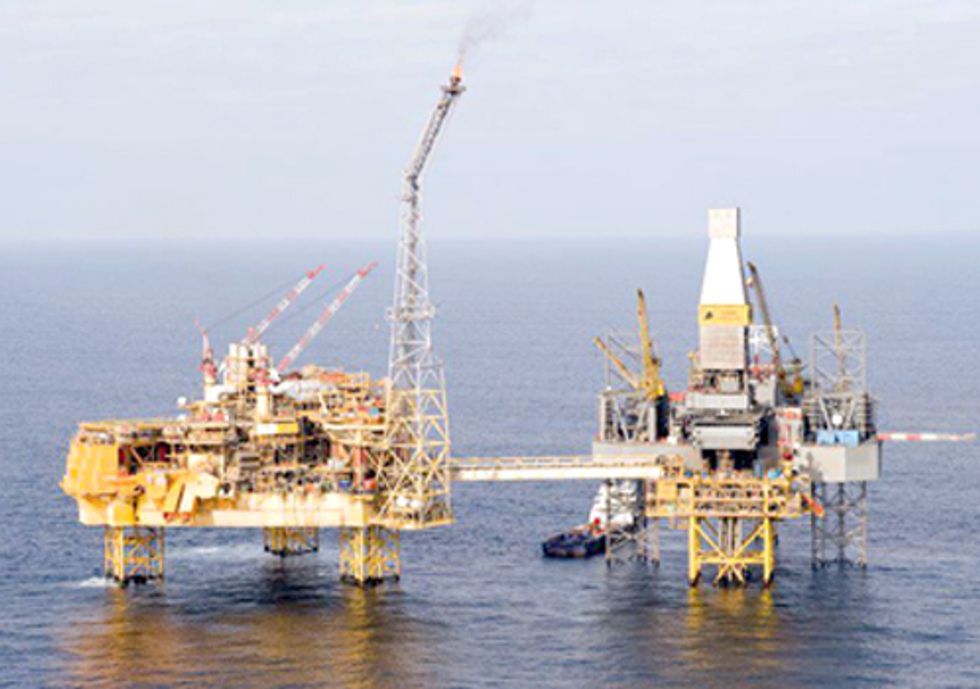 If you read any literature from the oil and gas industry, it always argues that it is one of the best regulated industries in terms of safety and preparedness.

This is an industry that understands the dangerous risks of drilling, prepares for it and mitigates to make sure accidents do not happen.

If an accident does occur, all eventual scenarios are meticulously predicted and prepared for.

Every time a major accident happens, we find out that actually the industry was not prepared at all. The response was a shambles. All scenarios had not been planned for. Look at Exxon Valdez, look at the Deepwater Horizon.

Are we beginning to witness another major disaster unfolding in the North Sea? A huge toxic gas cloud has now encircled Total’s Elgin Franklin platform after the latest attempts to shut-down a gas leak failed.

The cloud is so large it is visible from seven miles away according to Jake Molloy, the head of the section of the RMT UK union which represents offshore oil and gas workers.

“People seven miles away can see a gas cloud coming from the Total rig,” he said. “The well in question had caused Total some problems for some considerable time… a decision was taken weeks ago to try to kill the well, but then an incident began to develop over the weekend,” Molloy said.

Despite this happening in the North Sea where drilling has been going on for decades, Molloy said he was not sure how to fix it. “As far as we can tell, certainly in the UK sector, this is an unknown. It has never occurred before."

We could be looking at a scenario where the only way to stem the leak is to drill a relief well. “One drilling engineer that I have spoken to today says we could be looking at a Deepwater-type intervention, in that we have to drill a relief well from another rig, but even that will be dodgy if we have got gas continually escaping in the immediate region," Molloy said.

However, even this might be difficult because of where the leak is occurring. “Engineers have told me that it is almost certain that gas is leaking directly from the reservoir through the pipe casing. The engineer I have spoken with says that he has no idea how to go about fixing this type of problem," he said.

Let's repeat that line: “no idea how to go about fixing this type of problem.”

Any relief well could “take several months and cost a lot of money," according to an oil and gas engineer quoted by Reuters this morning. "In the meantime, a lot of gas may potentially get released into the atmosphere."

Even David Hainsworth, health, safety and environment manager for Total E&P UK, admits that the leak could potentially be difficult to bring under control.  “The release is continual at the moment. We have to evaluate the options available …but it could continue for a prolonged period of time.”

As the disaster unfolds, at least the industry is evacuating people from the area. Total has evacuated 150 non-essential personnel to Aberdeen with a further 69 employees sent to neighbouring offshore installations. Shell has also now moved non-essential staff from its nearby Shearwater platforms and Hans Deul drilling rigs, which are about four miles away, as a “precautionary measure."

Shipping is also being ordered to keep at least two miles away. There is now a gas condensate sheen measuring six nautical miles in length spreading from the site.

But the reality is that once again, it seems the industry was unprepared for an accident of this kind.