No End in Sight for America’s Solar Revolution 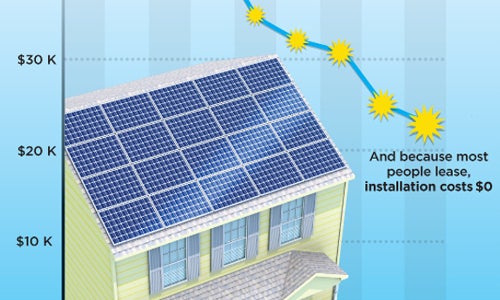 Shining. Soaring. Skyrocketing. Solar is so exciting, we’re running out of adjectives.

The what, the why and the where-to of America’s solar power revolution are the subjects of a new Union of Concerned Scientists (UCS) report and infographic. It’s a story worth celebrating. 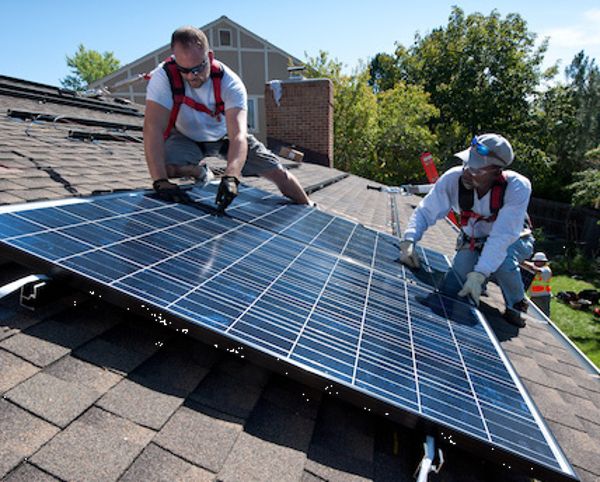 The 4 Ps of rooftop solar

The story of solar, as told in UCS’s new Solar Power on the Rise report, is full of great news, such as:

Rooftop solar, the photovoltaic (PV) panels dotting the roofs of a rapidly growing number of homes and businesses, is one big piece of the charge, worthy of a closer look.

And one way to consider its progress is to borrow business types’ “4 Ps” of marketing, for our own 4 Ps of solar—Product, pricing, place and policy.

Product: Rooftop solar is one to watch

Rooftop solar is the most visible piece of America’s clean energy revolution, and a shining star in the energy firmament.

Pricing: Solar is getting more accessible all the time

One exciting driver behind the surge in rooftop systems has been the plummeting costs of solar, along with the innovative ways people are getting solarized.

Place: Solar works all over

One fact that isn’t always obvious (including to those of us in foggy and cloudy climates) is how widespread the solar resource is. When it comes to PV, to a great extent solar is an equal-opportunity renewable energy, as the resource map below shows. 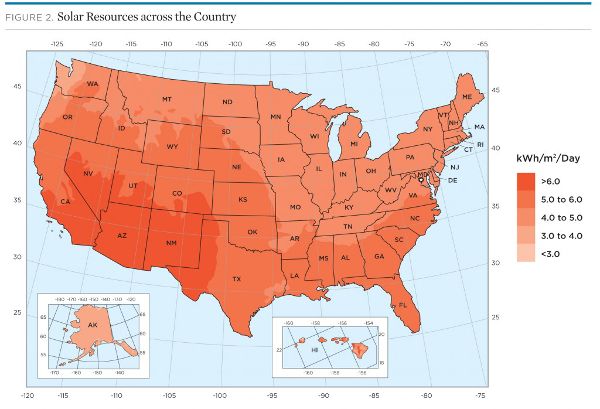 What’s driving all this progress? Along with prices (and sunlight), it’s policies—from net-metering and value-of-solar tariffs, to state renewable electricity standards and solar carve-outs, plus tax incentives (federal, state and local)—all creating demand and helping solar capture value. Forward-looking locales are putting it all together to great effect.

The revolution scales up

Another great thing about the exciting solar story is that it isn’t just about rooftop PV. Large-scale PV and concentrating solar power (CSP) have their own amazing stories to tell.

Electricity from new large PV projects in 2013 is half as expensive as in 2010, and installed costs are 60 percent lower than rooftop solar’s.

And CSP is set to have its best year ever; 2014 has already seen the world’s largest solar facility turn on, and more is on the way.