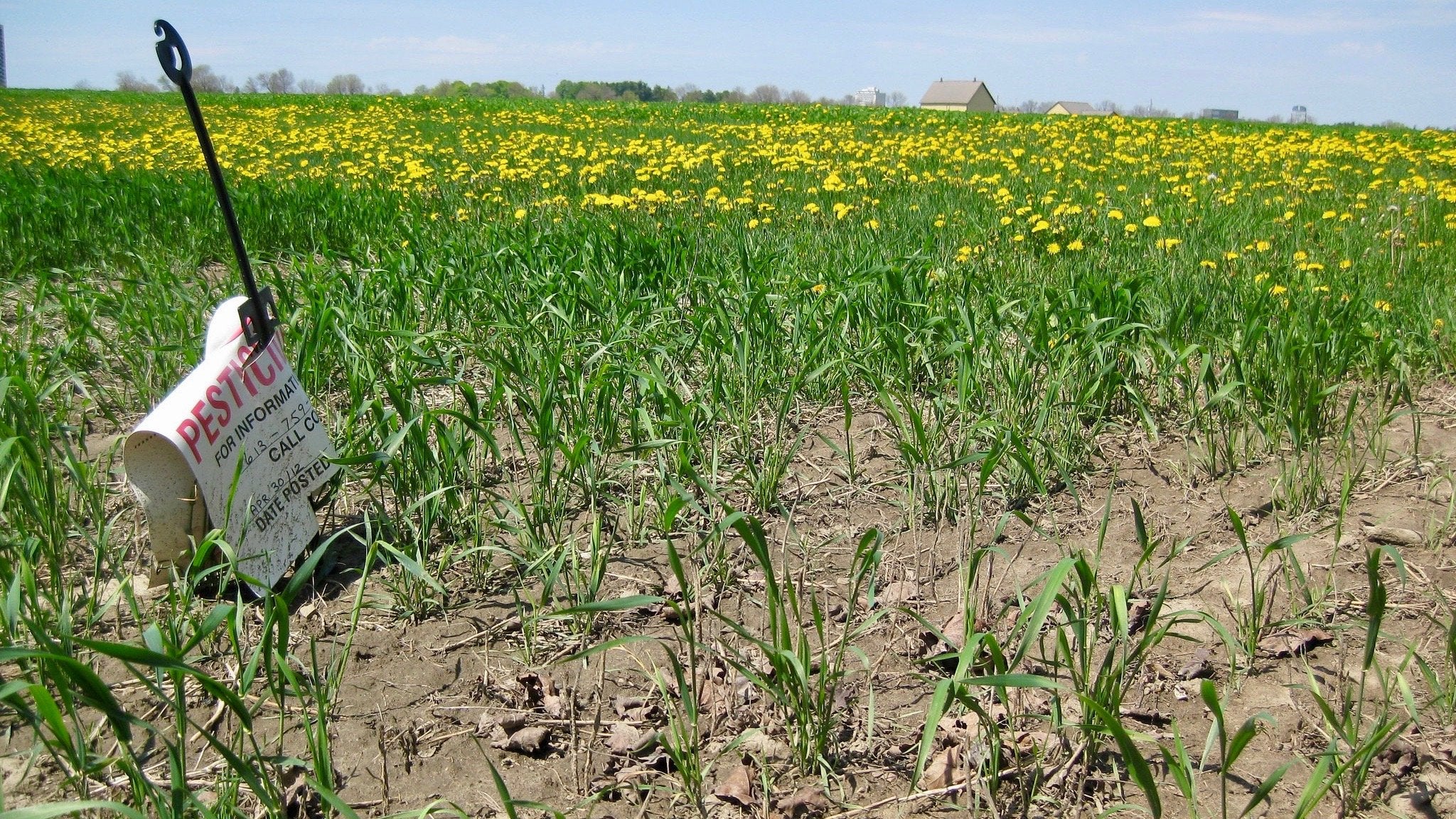 "It would be great to see all the candidates join Elizabeth Warren in taking the No Big Ag Money Pledge," said Citizens Regeneration Lobby's Alexis Baden-Mayer. Peter Blanchard / Flickr / ric (CC BY 2.0)

Food system justice and environmental advocates on Wednesday urged all Democratic presidential hopefuls to follow in the footsteps of Sen. Elizabeth Warren in signing a pledge rejecting campaign cash from food and agribusiness corporations.

The Massachusetts senator, said advocacy group Friends of the Earth, is “leading the way.”

77% of Iowa Democratic caucus goers want candidates to reject Big Ag money and break up the stranglehold that corporations have on farming. Thank you @ewarren for leading the way!https://t.co/1hI9AbV0OK

“We applaud Sen. Warren for listening to voters that overwhelmingly support candidates rejecting Big Ag’s money and influence,” said Lisa Archer, food and agriculture director for Friends of the Earth Action. “We urge all presidential candidates to take the No Big Ag Money pledge and prioritize our families, farmers, food chain workers, our planet, and our democracy over Big Ag’s profits.”

The “No Big Ag Money Pledge” was launched last week. It states (pdf):

I pledge not to take contributions over 0 from large food and agribusiness corporation executives, lobbyists, and PACs and instead prioritize the health of our families, farmers, food chain workers, our planet, and our democracy.

The document lists dozens of companies that fall under that category, including giants Bayer, Caterpillar, Tyson, General Mils, and Sodexo. Rejecting cash from those entities, says the coalition behind the pledge, would show that presidential candidates won’t favor the interests of factory farms over those of family farms.

If the opinion of likely Democratic caucus-goers in Iowa serve as a guide, candidates would be wise to sign on to the plege.

According to a poll (pdf) out earlier this month — commissioned to the Friends of the Earth Action and conducted by Lake Research Partners — 77 percent of these likely caucus-goers agree that presidential candidates should reject campaign contributions from Big Ag. Sixty-four percent also said they support breaking up the biggest food and agriculture corporations — a proposal backed by Warren and Democratic primary rival Sen. Bernie Sanders.

Make no mistake, Big Ag wields significant power. As Friends of the Earth outlined in a statement last week,

The food and family farms groups say that campaigns not accepting contributions from these interests would be a step towards neutering their political influence.

“It would be great to see all the candidates join Elizabeth Warren in taking the No Big Ag Money Pledge,” said Alexis Baden-Mayer, political director of Citizens Regeneration Lobby. “It’s time to stop agribusiness monopolies from using campaign cash and lobbying dollars to put a stranglehold on federal food and farm policy.”