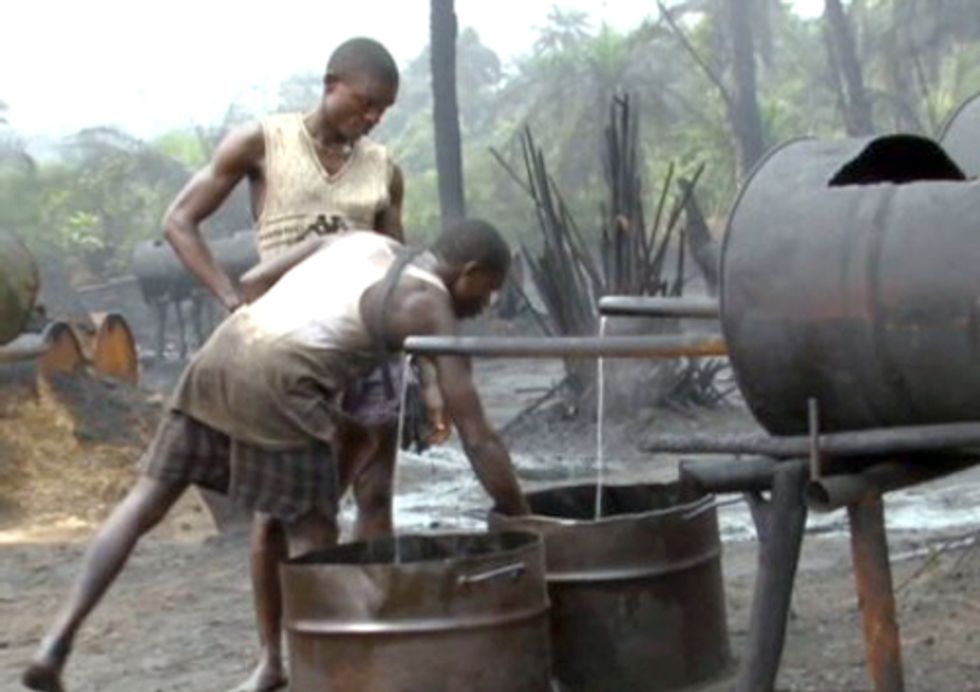 Reports coming out of Nigeria this morning are that the country’s President, Goodluck Jonathan, has sacked senior oil officials from the state oil company NNPC in the interests of “greater transparency and accountability.”

Jonathan has come under intense pressure to clean up the country’s oil industry.

We have known for a while that theft and corruption is a growing problem and a recent report by legislators estimated that some $6 billion had been lost to fraud in the past two years.

The issue of corruption was one of the issues underlying the January protests over fuel prices, and so it seems that Jonathan has belatedly tried to act.

The task is huge. The move comes as the Financial Times has a special investigation into how much the country is losing in illegal bunkering of oil.

And the figures it quotes dwarfs the official estimates of a $6 billion loss over two years.

The paper has been told by a senior government official that Nigeria may be losing in excess of $1 billion a month in oil theft. That’s $24 billion in two years.

According to Nigeria’s finance minister, Ngozi Okonjo-Iweala, bunkering of oil led to a 17 percent fall in official oil sales in April, or a whopping 400,000 barrels per day. At average April prices of $121 per barrel, this results in a loss of $1.2 billion a month.

Indeed, seven weeks ago Shell released its own report on bunkering. At the time, one of the company’s officials stated: “Our concern is that if this business continues at this rate, the effects could be devastating, not only to the social and environmental structure of many areas of the Niger Delta, but also on Nigeria’s economy.”

This is indeed the case now. Okonjo-Iweala told the Financial Times: “We have to get very serious about the bunkering issue.”

This is easier said than done. Bunkering has proliferated under Jonathan’s regime, with criminal gangs colluding with the Nigerian military, local politicians and even oil company officials to syphon off oil which is then illegally sold locally or onto the international market.

As the Financial Times reports, “the networks profiting from stolen oil now have tentacles deep within the state, financing the patronage system that keeps the political system afloat," meaning that despite all the rhetoric to stamp out the problem “no effective measures have yet been taken to halt the trade.”

What it does mean is that whole sections of Nigerian society become criminalised by oil, which only makes the prospects of a sustainable, peaceful and clean energy future for that part of Africa even more difficult to secure, let alone even visualise.