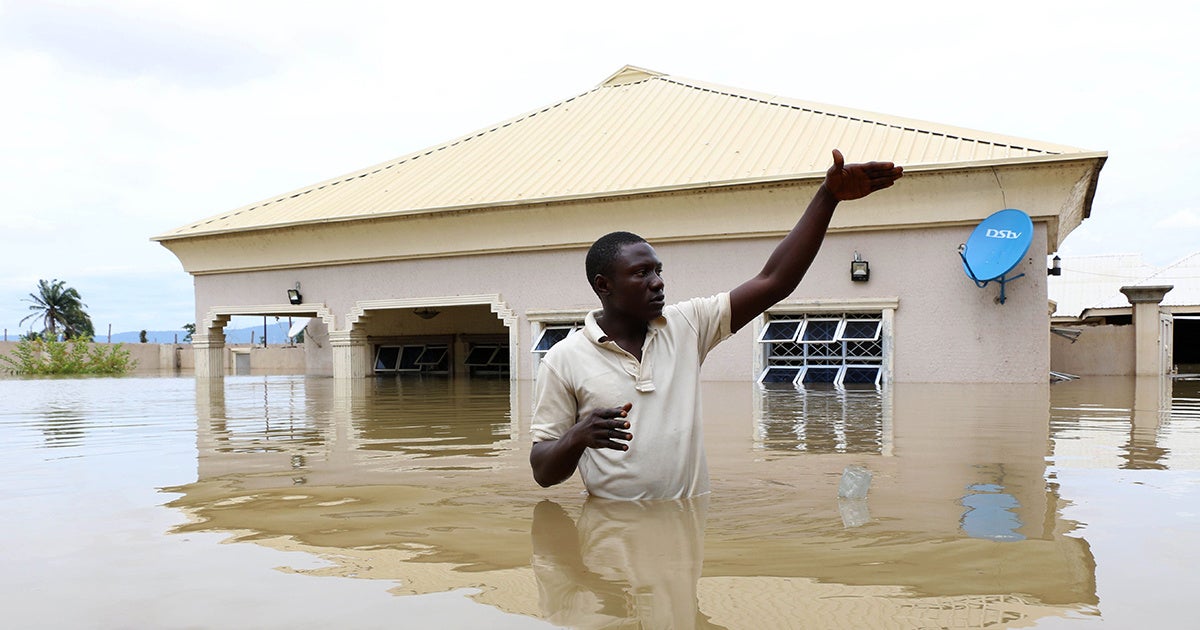 “Based on the data available, 100 people have so far died in 10 states,” Datti said Monday, as Al Jazeera reported.

Weeks of heavy rain have caused floods that have displaced thousands of people in the country’s south and central states, NEMA told CNN.

The states impacted by the emergency declaration are Kogi, Niger, Anambra and Delta.

“The water started coming this month and after a while, it appeared behind our houses and continued without let-up until last week when the water surrounded our houses,” Angulu Atodo, a retiree in the Kogi capital of Lokoja, told Reuters, as Al Jazeera reported.

Nigeria often sees flooding during its rainy season, which lasts from about March to September, but this years’ is the worst since floods in 2012 killed at least 140 and displaced tens of thousands, according to Al Jazeera.

Datti said the flooding was made worse by climate change and poor planning.

“Flooding is usually, at least, in part, a result of infrastructure deficit. Where there are no culverts, water must find its level. We must realise that climate change is upon us,” former Regional Director of UN-Habitat for Africa Professor Banji Oyelaran-Oyeyinka told The Guardian Nigeria Wednesday.

Chairman of the Board of Directors of the Nigerian Environmental Study Action Team (NEST) David Okali told The Guardian Nigeria that the deforestation that accompanied urbanization was also partly responsible.

“Most of the rivers are filled with sand. We also have so much segmentation and abuse of watersheds by deforestation of vegetation cover. Invariably, urbanization is increasing and people are removing vegetation,” he said.

Officials and scientists are now concerned that illness could be added to the flood victims’ problems.

“We are sending out alerts to the effect that the flooding being experienced in some parts of the country may lead to rise in water and mosquito-borne diseases. Flooding can disperse faecal contaminants, increasing risks of outbreaks of waterborne diseases such as diarrhoea and cholera. There will also be more stagnant water that will breed mosquitoes, resulting in rise in mosquito-borne diseases such as malaria and yellow fever,” Chief Executive Officer of the Nigeria Centre for Disease Control (NCDC) Dr. Chikwe Ihekweazu told The Guardian Nigeria.