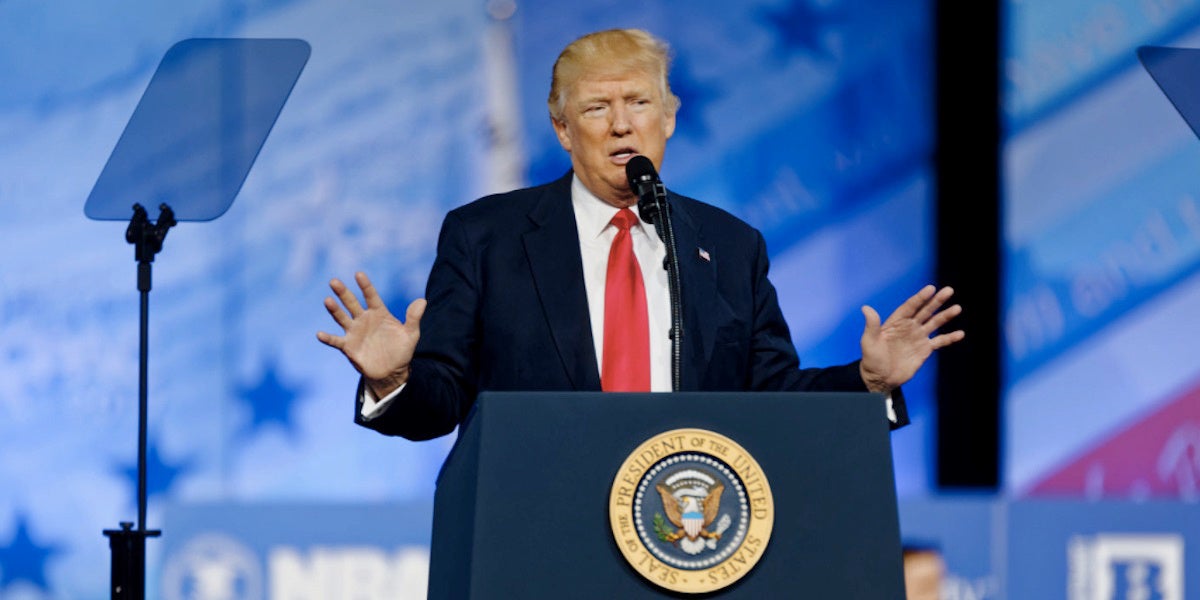 When President Donald Trump decided to pull out of the Paris climate agreement in June, the United States joined the only two countries of the 197 nations in the U.N. Framework Convention on Climate Change that declined to sign the 2015 accord: Syria, which has been embroiled in a full-scale civil war for six years; and Nicaragua, as its leaders felt the pact was not strong enough to fight climate change.

Ortega said on state TV that Nicaragua will join the global action plan to limit temperature rise to well below 2°C to avoid dangerous climate change.

He is doing so out of “solidarity” with countries that are the “first victims” to the effects of climate change and are the most vulnerable to climate-related natural disasters, including countries in Africa, Asia, Latin America and the Caribbean.

As Quartz points out, Ortega’s move leaves Trump in a two-member club with Syrian president Bashar al-Assad, one of the world’s most brutal dictators.

Some mixed signals about Trump’s Paris withdrawal arose last week, but a White House official said Monday: “Consistent with the President’s announcement in June, we are withdrawing from the Paris Agreement unless we can reengage on terms more favorable to the United States.”