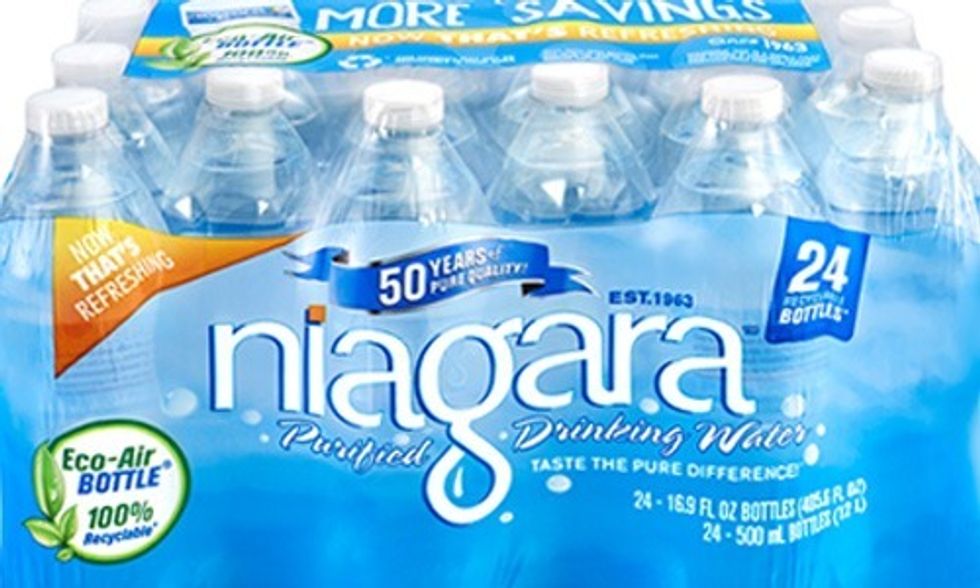 For years, the bottled water industry has touted the so-called purity and superiority of its products, even drumming up fear towards tap water. While problems relating to our nation’s aging infrastructure can sometimes compromise the quality of tap water, it’s important to remember that the U.S. has some of the safest, cleanest water in the world. That’s because tap water is more strictly regulated by the U.S. Environmental Protection Agency than bottled water is by the Food & Drug Administration.

Perpetually under-funded and short-staffed, FDA has a poor record of protecting consumer health and safety. FDA sends inspectors to bottling plants once every two to three years. While highly disturbing, this recall is hardly surprising. In 2009, Researchers from Environmental Working Group investigated 10 major brands of bottled water and found roughly eight contaminants per brand.

California’s drought and the controversy over Nestle’s bottling practices reminded us once again that bottled water companies are not responsible stewards of this essential human resource. Now this recall reminds us that many cannot even guarantee its safety.

People should never be so leery of tap water that they resort to obtaining their water from other questionable sources such as bottled water. The federal government needs to step up its efforts to modernize and maintain community water systems. In 2014, the Drinking Water State Revolving Fund (SRF), which provides federal funding to maintain safe drinking water, received $907 million in federal funding—enough to finance only 5 percent of what is needed.

President Obama’s FY 2016 budget won’t help much either, unfortunately. The SRFs once again received the raw end of budgetary process, cut by $54 million from last year’s estimated budget. Since FY2014, the SRFs have lost $707 million, a 23 percent reduction. The new budget also cuts $4 million in funding to USDA’s rural water program, and $17 million to the EPA’s Water Quality and Research Support Grants.

That’s why Food & Water Watch is calling on the Obama administration to step up its efforts to ensure safe, clean affordable water for all by stepping up funding to community water systems so wasteful, dangerous bottled water can be a thing of the past.

Johnson & Johnson Has a Dirty Secret About Microbeads