NFL to Host ‘Greenest Super Bowl Ever’ at MetLife Stadium 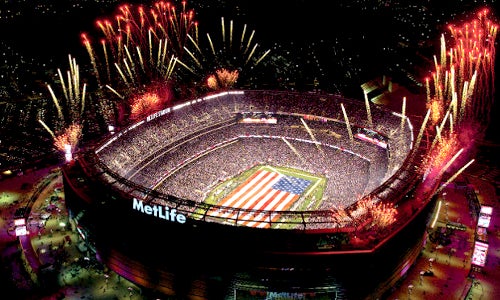 Regardless who wins the tilt between Denver and Seattle, this year’s Super Bowl is sure to be the greenest one yet.

All the waste oil generated from food production on Feb. 2 at MetLife Stadium in East Rutherford, NJ will be converted into biodiesel fuel and all food scraps will be composted, according to the New York/New Jersey Super Bowl Host Committee.

The NFL and staff at the 80,000-plus-seat stadium pledge to recycle plastic, glass, aluminum and paper during and after the nation’s biggest sporting event. Styrofoam containers won’t be used, and all food will be made with Energy Star equipment.

That’s a lot of food—MetLife has more than 200 restaurants and serves up to 100,000 people in a day when there’s not Super Bowl traffic. The Green Restaurant Association made MetLife the first Certified Green Restaurant (GRA) stadium.

Though the GRA gave MetLife just two out of a possible four stars on its certification, the stadium is now the largest food service operation with that distinction. The stadium had to pass 61 measures to earn the achievement. 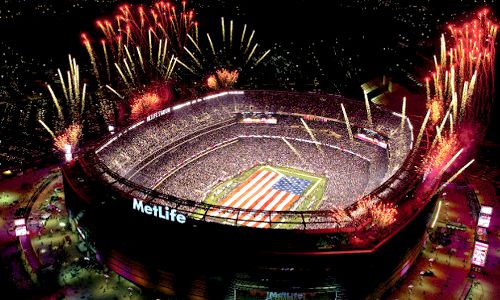 “Earning this certification, coupled with becoming ISO 14001 certified means that we can proudly say we are serving up the Greenest Super Bowl ever.”

The Alliance to Save Energy also declared MetLife Stadium the most energy efficient facility in the 32-team NFL.

“MetLife Stadium, home to both the New York Giants and the New York Jets, was built in 2010 with an eye on becoming a green stadium,”ASE’s Michael Timberlake wrote. As a first step, the MetLife Stadium Co. signed a Memorandum of Understanding with the Environmental Protection Agency, pledging to become an environmental steward and implement carbon footprint reducing initiatives.”

The utility projects purchasing 240 solar energy certificates, which is roughly the same as the four-week output of PSE&G’s Kearny solar farm near MetLife Stadium, PSEG spokeswoman Kristine Lloyd said. About 5,700 wind energy certificates will be purchased from Community Energy, sourced from the Jersey-Atlantic Wind Farm in Atlantic City, NJ.

New Jersey ratepayer advocate Stefanie Brand expects PSE&G to credit revenue from the sale of the certificates back to ratepayers, like any other purchaser.

“Working with the NFL, we can help set the example that even an event that uses as much energy as the Super Bowl can significantly reduce its impact on the environment,” PSE&G President Ralph LaRossa said.