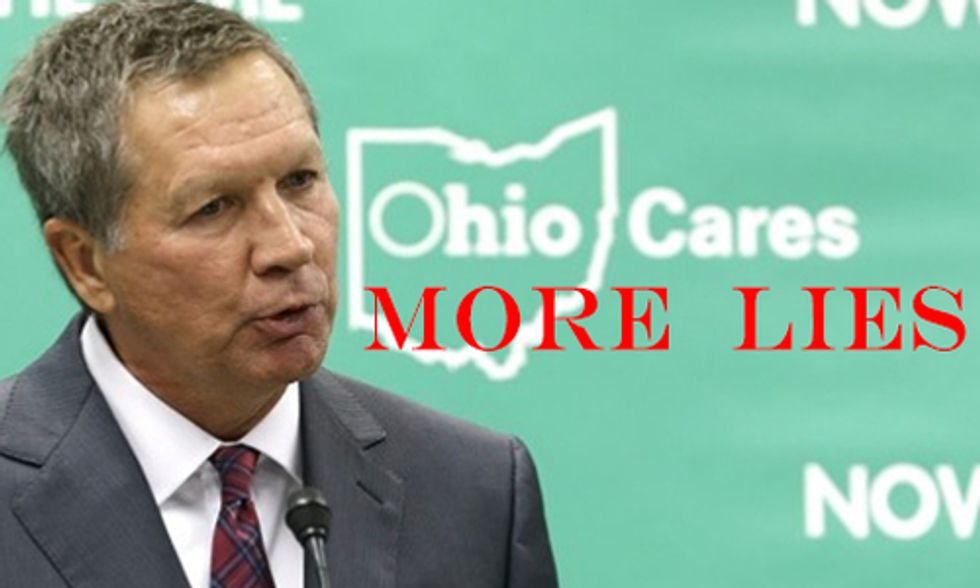 UPDATE: July 2, 2014. This article previously contained links to PDFs that were rendered poorly by Food & Water Watch's document sharing platform. They have recently reposted the documents to their website; this updated article contains the corrected links.

Newly discovered documents released today by Food & Water Watch reveal that the Kasich Administration continued to refine plans that would promote fracking on state lands for months after the Ohio Department of Natural Resources (ODNR) claims the plans were abandoned. The latest revelations in the "Frackgate" scandal raise serious questions about whether the fracking promotion plan was actually implemented.

“Simply put, the Kasich Administration has misled the public about how long and how deeply it planned to promote fracking on state lands,” said Alison Auciello, Ohio organizer for Food & Water Watch and an Ohio native.

“Governor Kasich must immediately come clean on the true historical timeline and current status of his administration’s discussions about fracking on state lands. Additionally, the attorney general’s office must thoroughly investigate what appear to be glaring inconsistencies and conflicts of interest in this administration’s dealings on fracking in Ohio.”

As reported on EcoWatch, in February the Ohio Chapter of the Sierra Club and Progress Ohio revealed a draft of the communications plan from Aug. 20, 2012, as well as an email including top officials in the Kasich Administration that had been circulated in an effort to set up a meeting to discuss the strategy. Since the release of the documents the Kasich Administration and the ODNR have been publicly denying that the plan was ever implemented.

A spokesperson for the ODNR, Bethany McCorkle, told the Columbus Dispatch, “No action or next steps came out of the meeting,” about the Aug. 20 meeting held to discuss the draft plan.

Rob Nichols, spokesperson for the administration, later told the Dispatch in regard to a recently released email from a top administration official to plan a Nov. 27, 2012 meeting on state land leasing, “The decision was made not to drill on public lands so there was no need to utilize the ‘for’ options.”

But, as shown in the new documents obtained by Food & Water Watch, the next steps from the Aug. 20 meeting were planned and show that the intention was to move forward at the Nov. 27 meeting. The new documents include: