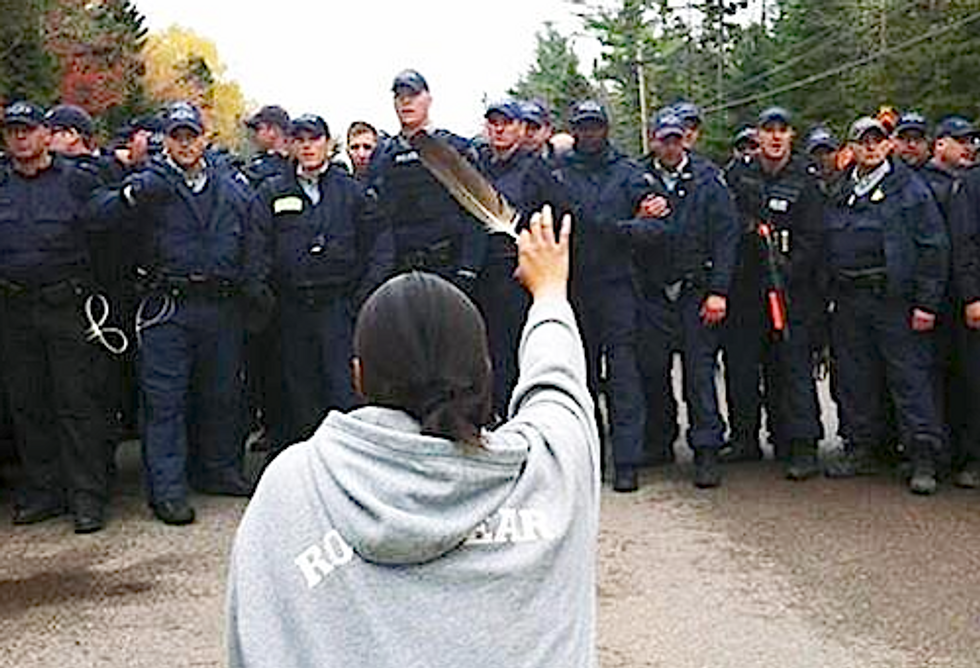 As First Nations continue to fight fracking in New Brunswick, the neighboring provincial government of Newfoundland and Labrador has halted the controversial drilling technique.

The government is arguing that more research is needed to see if it is safe for both people and the environment.

Western Newfoundland’s shale-oil deposits have been described as a potentially vast, but the region includes the Gros Morne National Park, which is a world heritage site and huge tourist attraction.

Exploration licenses had already been granted in the Green Point shale near the Park.

But UNESCO had recently indicated that the Park’s heritage status could be at risk if fracking is allowed to proceed near its boundaries.

“Our government will not be accepting applications for onshore and onshore to offshore petroleum exploration using hydraulic fracturing,” said Natural Resources Minister Derrick Dalley in the State’s House of Assembly on Monday.

“Our first consideration is the health and safety of our people," Dalley added. “In making this decision, our government is acting responsibly and respecting the balance between economic development and environmental protection.”

Dalley said that the moratorium would allow the province to undertake a review of regulations, rules and guidelines in other jurisdictions. It would also involve public consultation.

So did local anti-fracking groups: one member of the Newfoundland and Labrador Fracking Awareness Network, Angie Payne, said: “I think this is a really, really wise thing to do. It’s great the government is listening to us.”

A Mi'kmaq protester raises a symbolic feather in efforts to fracking on what used to be her tribe's land. Photo credit: Twitter/ OCongres

The decision was said to have come as a surprise to Black Spruce Exploration and its partner Shoal Point energy, which wanted to frack in the west of the province.

Meanwhile the anti-fracking protests in New Brunswick are continuing. The Mi’kmaq Warrior Society, along with members of the Elsipogtog First Nation, are planning to light a “sacred fire” blockade to impede SWN Resources Canada from conducting testing in the province this week.

“We are here to save our water and land, and to protect our animals and people.” Louis Jerome, a Mi’kmaq sun dancer, said on Monday.

"There will be no fracking at all," Jerome continued. “We are putting a sacred fire here, and it must be respected.”

And yesterday, up to 650 people protested in front of the provincial legislature in Fredericton, demonstrating against fracking in the province.

“They go into the community to exploit the people of the community,” said protester Charles Richard. “Once they exploit them, take everything, they pack their bags and they go. That’s why they call them carpetbaggers.”