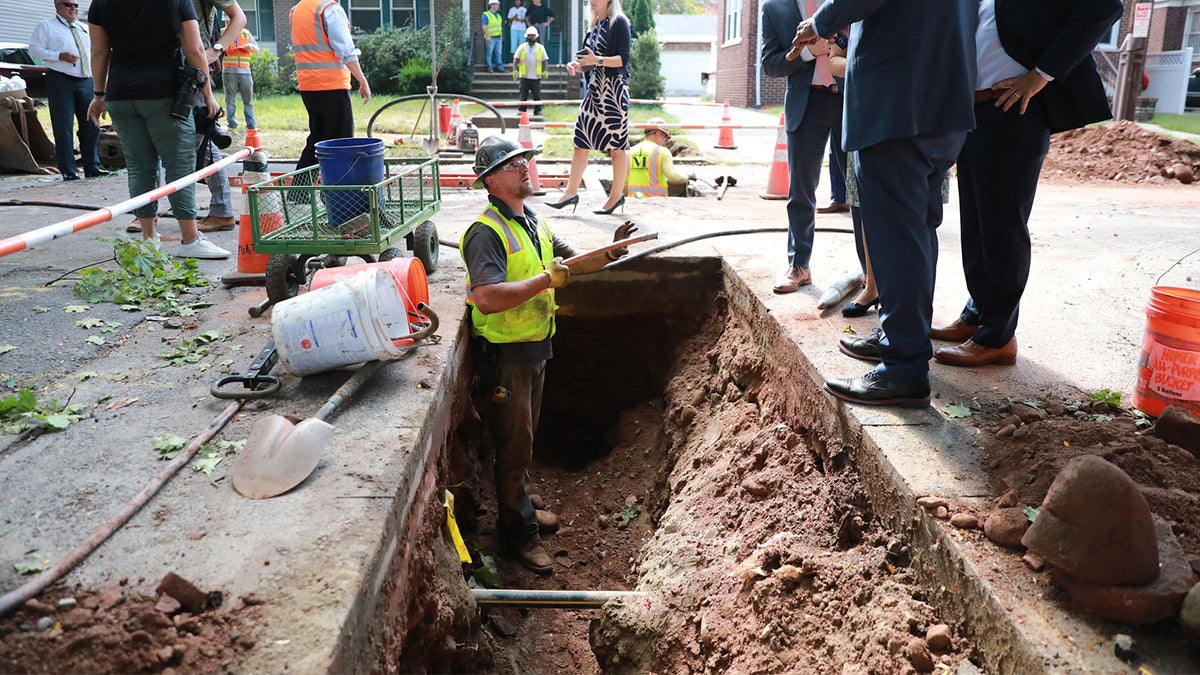 Newark water is safe to drink, if you use the U.S. Environmental Protection Agency (EPA) approved filters issued by the city, according to new test data that city and state officials announced Monday.

New Jersey Governor Phil Murphy announced that more than 1,700 samples were taken from 300 homes. The tests showed that the filters were tested and 97 percent of the water filters worked effectively once the tap was turned on. That number rose to 99 percent when the tap was allowed to run for five minutes before a sample was collected, as the AP reported.

“These results are a welcome jolt of positive news that allows us collectively to charge ahead in implementing our short-term, midterm and long-term solutions,” Murphy said at a news conference on Monday, as The New York Times reported.

Newark officials had handed out more than 38,000 lead filters to address the issue, but two filters tested last month showed levels of lead as high as 57.9 parts per billion — nearly four times the EPA action level of 15 parts per billion, as the New York Post reported. The failed test spurred the city and religious groups to distribute bottled water to nearly 14,000 homes.

The PUR filters issued by the city reduce traces of lead to less than 10 parts per billion, the test showed, according to CNN. However, scientists say there is no safe level of lead in water. High blood lead levels may impair a child’s mental development and damage organs, while even small amounts can affect a child’s intellectual development, according to The New York Times.

“We thank God that the filters work, but we are not in any way having a victory lap,” said Ras Baraka, Newark’s mayor, as the New York Post reported. “It is good news in a long and arduous task to make sure we have clean drinking water.”

Baraka is looking to lead by example, insisting that he drinks the water now, as WCBS reported.

Since it is not a victory lap, the city will continue to distribute bottled water until a final report on the test samples is issued and all doubt about the efficacy of the filters is removed. Additionally, the city will launch a community assistance program to help ensure all affected residents are using the filters correctly, according to the AP.

New Jersey recognizes the scientific consensus that there is no safe level of lead in the water, so it is waiting for President Trump to sign a bill that allows 0 million from the Clean Water State Revolving Fund to be used to replace lead pipes in New Jersey, as CNN reported.

Gov. Murphy said that 6,500 households in Newark have signed up for lead service line replacement, and so far more than 900 service lines have been replaced. The city is replacing the lines at no cost to homeowners thanks to funding recently secured by Essex County. The Essex County Improvement Authority announced in August that it will lend 0 million to Newark to replace lead pipes, which will allow the city to fix 18,000 lead service lines in two to three years, instead of the initial expectation of eight to 10 years, as CNN reported.

The National Resource Defense Council, which has sued Newark over lead levels and its mismanagement of its water problems, welcomed the results, but expressed caution.

“We say ‘trust, but verify,'” Erik Olson, a senior director at the group, said, as The New York Times reported. “The city, state and federal Environmental Protection Agency should provide all test results and the protocols used to test the filters to the public so Newark residents can feel confident that filters will protect their health. Anything less than full transparency will breed further distrust and skepticism.”