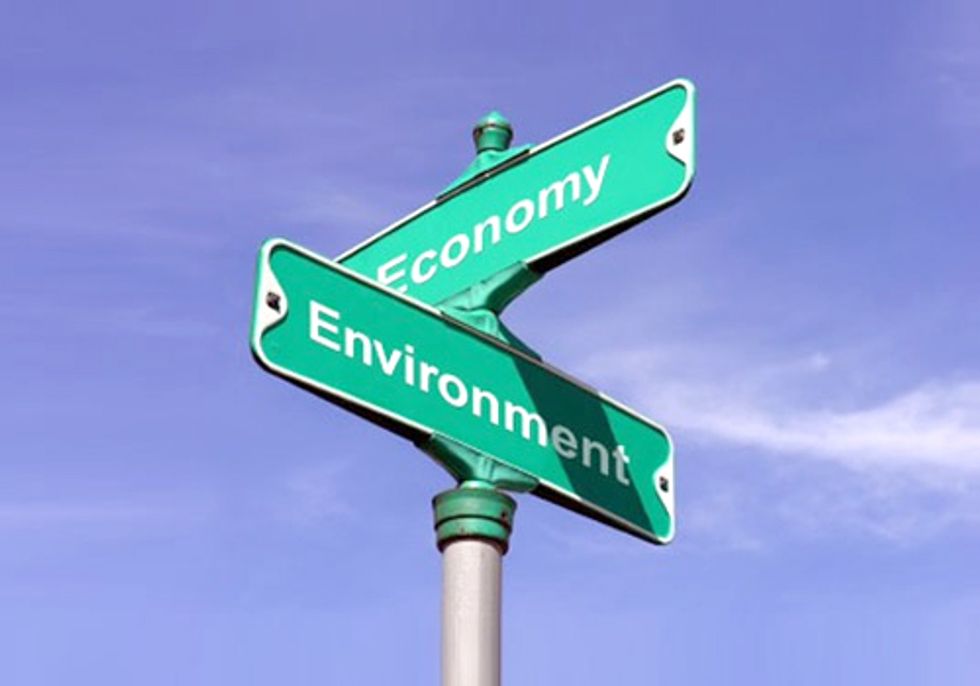 According to A Record of Leadership: How Northeastern States Are Cutting Global Warming Pollution and Building a Clean Economy, New York and the nine other states that participate in the Regional Greenhouse Gas Initiative (RGGI) have cut per capita carbon dioxide emissions 20 percent faster than the rest of the nation, even as the region’s gross product per capita grew 87 percent faster than the rest of the U.S.

“New York has shown over the last decade that economic growth and tackling global warming emissions are compatible,” said David VanLuven, director of Environment New York. “We can meet our goals for reducing carbon pollution if we continue to implement strong policies that limit carbon emissions and promote renewable energy.”

A 2011 report by Columbia University, Cornell University and CUNY concluded that greenhouse gases like carbon dioxide are increasing temperatures in New York, which in turn are raising sea levels and increasing the frequency and intensity of storms, heat waves, and paradoxically, droughts between the storms.

Over the past decade, New York, in partnership with other states in the region, has taken meaningful steps to reduce its carbon emissions, including:

“Clean energy creates cleaner air and that means healthier lungs and healthier people,” said Jeff Seyler, president and CEO of the American Lung Association of the Northeast. “As more people become aware that air pollution leads to premature death and disease, more will demand to live and work in areas that embrace efforts like clean energy. That’s why it’s so important that Northeast states continue to strengthen and build on programs like RGGI.”

“Investing RGGI revenue in Green Jobs-Green NY has already increased the number of completed home energy assessments and upgrades, supporting existing jobs and creating new ones,” says Anthony Ng, Green & Equitable Economies Strategist at the Center for Working Families, the organization responsible for crafting the Green Jobs-Green NY and companion utility bill financing policies. “RGGI has been vital to promoting energy efficiency and clean energy, and we must strengthen the program to achieve further economic and environmental benefits in the future.”

The report called on the states to:

“We’ve made tremendous progress, but with global warming and fossil fuel dependence continuing to threaten the Northeast—and with even greater emission reductions needed in the years ahead—New York cannot afford to rest on its laurels,” said VanLuven. “We look forward to working with our state leaders and other stakeholders to improve RGGI and other policies that will lead to a cleaner and more secure energy future.”