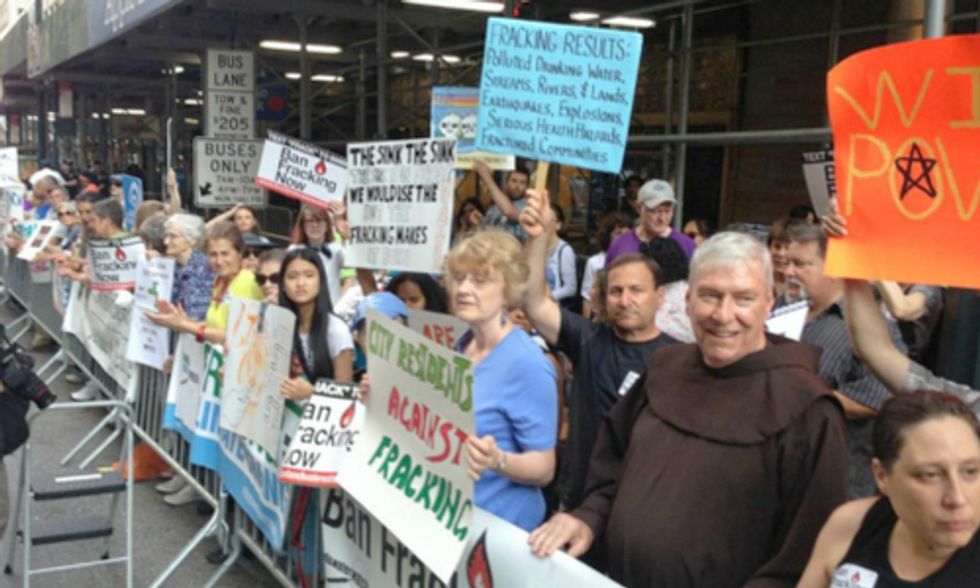 “It’s time for Governor Cuomo to listen to the scientists and health experts and ban fracking in New York,” said Alex Beauchamp of Food & Water Watch and New Yorkers Against Fracking. “There is clear evidence showing that fracking would poison our air and water, and create serious health problems for New Yorkers. Today’s decision reaffirming the rights of localities to ban fracking is a positive development, but fracking’s contamination of our air and water will not obey geographical boundaries. The way to truly protect New York and the health of our families is for Governor to keep fracking out of our entire state.”

In May, more than 250 health experts and medical organizations, including Physicians for Social Responsibility and Concerned Health Professionals of NY, wrote a letter to Gov. Cuomo and Health Commissioner Howard Zucker calling for a three to five year moratorium on fracking, given the growing evidence exposing fracking's threat to public health.

"The totality of the science—which now encompasses hundreds of peer-reviewed studies and hundreds of additional reports and case examples—shows that permitting fracking in New York would pose significant threats to the air, water, health and safety of New Yorkers,” the letter stated.

Food & Water Watch points to these key trends that the letter discusses:

“Climate change is the most critical issue of our generation,” said Ling Tsou, co-founder of United for Action. “Fracking, building of liquefied natural gas facilities (LNG) and expansion of natural gas infrastructure are worse for the climate than carbon pollution because methane is a more potent greenhouse gas than carbon. Governor Cuomo needs to ban fracking in New York State, stop any further expansion of natural gas and LNG infrastructure and invest in renewables to power New York State.”