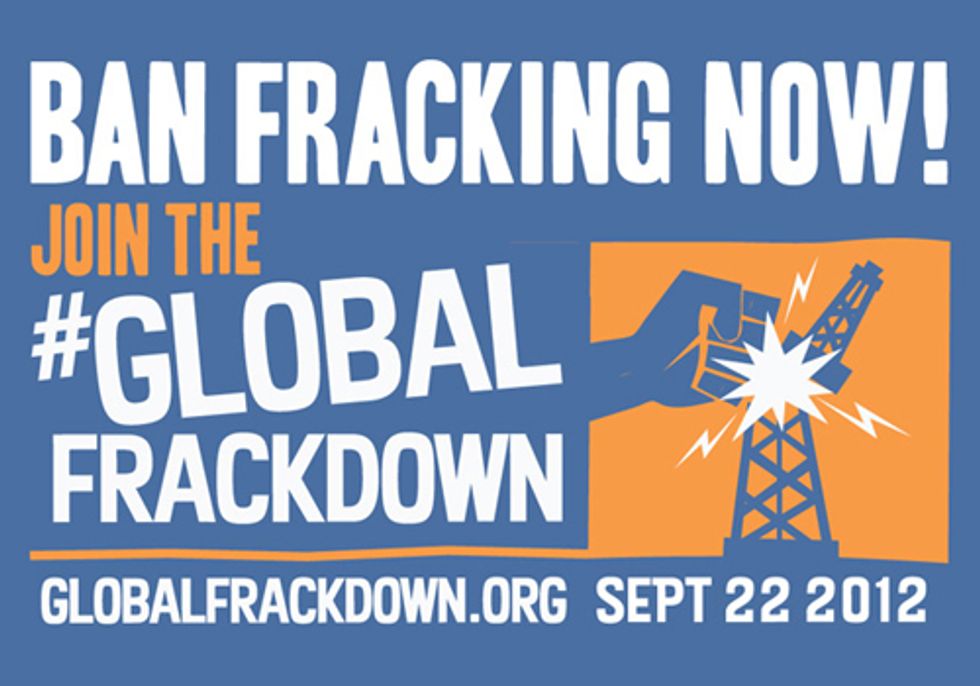 On Sept. 22, 11 cities and towns across New York (including two in the Southern Tier) and organizations including New Yorkers Against Fracking, Food & Water Watch, Frack Action and New York Public Interest Research Group (NYPRIG), are poised to take part in the Global Frackdown, a series of more than 100 actions taking place around the world in an international day of action to ban hydraulic fracturing, or fracking. A recent poll showed that more people in Upstate New York oppose fracking than support it.

“We hope that Governor Cuomo and the [New York State Department of Environmental Conservation] (DEC) will do what the science says—and protect New Yorkers from the dangerous effects of fracking,” said Alex Beauchamp from Food & Water Watch. “There is no question—the more New Yorkers learn about fracking, the more scared they become.”

Accidents and spills at drilling and fracking sites contaminate land, risking farmland and streams.[i] Contamination of underground sources of drinking water with methane and other hydrocarbon gases is a common problem.[ii] Local air pollution also accompanies drilling and fracking, and there are numerous reports of mysterious health problems linked to such pollution.[iii] Intense truck traffic destroys roads and increases the likelihood of dangerous accidents and spills.[iv]

"Governor Cuomo must take heed of the rapidly growing and unwavering opposition to fracking not only across New York State but also across the country. We urge him to be a pioneering leader by banning fracking and leading the country in renewable energy," said John Armstrong of Frack Action.

Initiated by the consumer advocacy organization Food & Water Watch, the Global Frackdown will highlight the environmental and public health risks associated with this increasingly controversial energy extraction method. Through the process of blasting millions of gallons of water and carcinogenic chemicals underground to release natural gas and oil from tight rock formations, drilling and fracking has been linked to water contamination and climate change. To date, over 250 communities around the world have taken action against fracking.