New York Yankees Ready to Lead the League in Sustainability 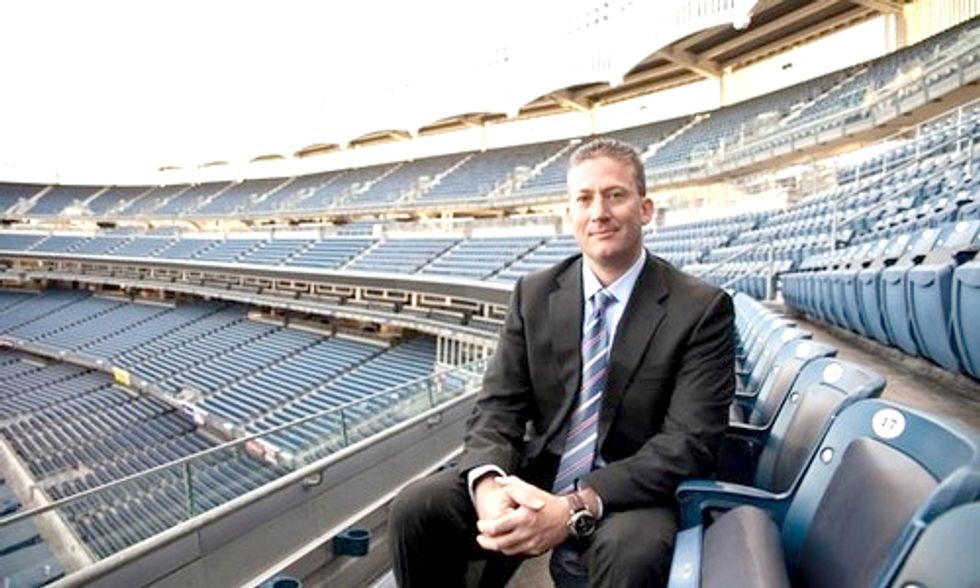 Two weeks before the New York Yankees opened their 111th baseball season, as Derek Jeter and his teammates were in Florida finishing up their spring training schedule, the Yankee’s vice president of Stadium Operations, Doug Behar, was out in California, attending a spring training session of his own.

Instead of exhibition games and batting practice, Doug made the cross country trek to attend an all-day course exploring the intricacies of food scrap composting and more sustainable waste management practices. And while Jeter and company were enjoying the Tampa nightlife, Doug was hanging out with me and several of my NRDC colleagues, as well as trash experts from around the nation, at the annual conference of the Solid Waste Association of North America.

This was not a glamour trip for Doug, an unpretentious gentleman with four World Series rings who is the behind-the-scenes captain of daily operations at the House that Ruth Built. Doug was at the Solid Waste Association conference for good reason—he and the team’s ownership are committed to making the Yankees major league leaders in environmental sustainability.

At the day-long organics collection course, Doug listened carefully to discussions regarding the environmental benefits of keeping food scraps and yard trimmings separate from other refuse so that these organic materials can be used for compost and to produce clean bio-gas. He learned about the equipment used to collect organics most efficiently. And he participated in conversations regarding the best ways to communicate with the public to boost participation in composting programs.

This course was hardly Doug’s first experience with environmental concepts.  For several years, the Yankees have been implementing more sustainable operations at their new stadium.

And the team’s sustainability campaign is already producing some impressive results.

Of course, many other teams are also adopting sustainability programs at their own ball parks. Credit for this ongoing cultural shift goes to Major League Baseball Commissioner Allen “Bud” Selig and MLB’s team of senior executives who are implementing the commissioner’s environmental vision in partnership with NRDC’s Greening of Sports team: Allen Hershkowitz, Darby Hoover and Alice Henley.

Back in California at the solid waste conference, Behar described to me some of the sustainability practices that the Yankees have put in place over the last several years, as well as his hopes for expanding composting operations at the stadium in the months to come. He concluded: “We’re doing a lot, but we’ve still got work to do!”

But having having heard, first-hand, his commitment to make Yankee Stadium among the greenest in all professional sports, I can tell you this: even with the 2014 baseball season only several weeks old, Yankee VP Doug Behar is already a winner.

How is your favorite sports team doing on the sustainability front?  Check out NRDC’s Sports Greening Project.

NFL to Host 'Greenest Super Bowl Ever' at MetLife Stadium