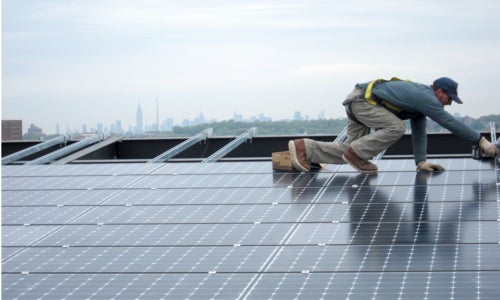 From the state’s Green Bank to $1 billion for solar energy, New York has been investing heavily in sustainability and clean electricity.

That only continued this week when Gov. Andrew M. Cuomo announced funding for colleges to transform clean energy concepts into businesses to aid the state’s economy. The universities vied to win the first round of PowerBridgeNY, a collaborative program created by Columbia University and New York University Polytechnic School of Engineering to advance innovations from the laboratory to the New York economy.

PowerBridgeNY’s first-round award winners receive up to $150,000, as well as mentoring and support to develop cleantech products that were conceived through research within the state. Their projects include reducing wastewater treatment costs, increasing the efficiency of solar panels and more. 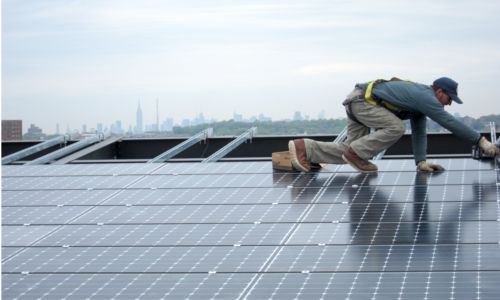 Thirteen universities were awarded funding under a program in New York to move innovations from the laboratory to the state’s economy. Photo credit: The City University of New York

Thirteen research teams won awards in the first round for their products’ technical potential, as well as the possible appeal to investors and benefits to scientists. The winners include:

The City University of New York

“New York is taking a leading role in supporting the development of cleantech products that are environmentally friendly, reduce energy use and increase reliability of the State’s energy systems,” Cuomo said. “When the best and brightest cleantech researchers in New York State have the opportunity to collaborate with smart, experienced experts in the private sector, the result can be a powerful force for economic development resulting in a cleaner, greener, more sustainable state for future generations.”

PowerBridge is partially funded by the New York State Energy Research and Development Authority (NYSERDA). That organization provided $5 million in seed funding for Columbia, NYU’s Polytechnic School of Engineering and High Tech Rochester to create “Proof-of-Concept Centers” in January 2013. The centers are expected to operate on their own after five years.

“These award-winning projects, which will improve our environment and strengthen the economy, are precisely what we envisioned 16 months ago when Gov. Cuomo pledged the state’s support for partnerships with Columbia, NYU Polytechnic School of Engineering and High Tech Rochester,” Columbia University President Lee C. Bollinger said.