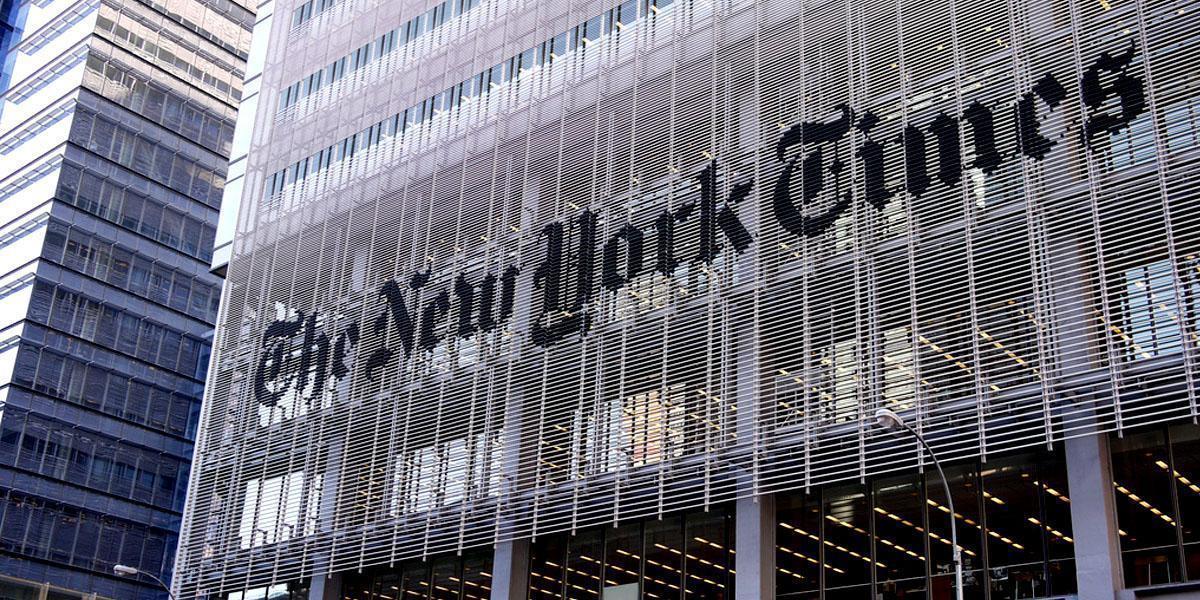 The New York Times has done some stellar reporting on climate change, and it’s poised to do more thanks to its recent creation of a dedicated climate team. See, for instance, its impressive ongoing series on how climate change is affecting major cities, and another recent multimedia series on the melting of Antarctica.

But the paper has made serious missteps in recent days and weeks, some of which have bolstered the White House’s case for climate denial and for dropping out of the Paris climate agreement.

Here are four problems that deserve to be called out:

1. Letting Bret Stephens spread climate denial, which was seized on by Scott Pruitt

The New York Times hired conservative climate denier Bret Stephens as an op-ed columnist in April, and his first column was a factually compromised and misleading attack on climate science. Its publication provoked widespread condemnation of the Times and Stephens in late April.

Then the column got a new round of attention late last week, in the wake of President Donald Trump’s controversial decision to pull the U.S. out of the Paris agreement. On June 2, the day after Trump’s announcement, EPA Administrator Scott Pruitt defended the move from the podium in the White House briefing room, and cited Stephens’ column to make the case that climate science is unsettled:

I don’t know if you saw this article or not, but the “Climate of Complete Certainty” by Bret Stephens that was in The New York Times talked about—and I’ll just read a quote, because I thought it was a very important quote from this article. “Anyone who has read the 2014 report of the IPCC knows that, while the modest 0.85 degrees Celsius warming of the earth that has occurred since 1880, much else that passes as accepted fact is really a matter of probabilities. That’s especially true of the sophisticated but fallible models and simulations by which scientists attempt to peer into the climate future. To say this isn’t to deny science. Isn’t (sic) to acknowledge it honestly.”

Pruitt actually misquoted the column, omitting Stephens’ acknowledgement that there has been “indisputable … human influence” on the warming of the earth since 1880. But nonetheless, Pruitt left the impression that The New York Times supported his fringe views.

As Media Matters senior fellow Matt Gertz put it, “It’s a disaster for a paper that sold itself to readers as a bulwark against the new president, then turned around and hired a prominent climate change skeptic.”

2. Ignoring the fact that Pruitt seized on Stephens’ climate denial

In an article about Trump’s views on climate change, New York Times reporter Peter Baker noted that Pruitt had questioned climate science during his remarks at the White House, but Baker neglected to mention that the EPA chief had used a New York Times column as a main piece of supporting evidence for his claims.

3. Publishing a misleading story on small-business owners’ views on Paris, which was seized on by Pruitt

On June 2, The New York Times published an article by Landon Thomas Jr. titled “Small Businesses Cheer ‘New Sheriff in Town’ After Climate Pact Exit.” Thomas claimed, “While multinational corporations such as Disney, Goldman Sachs and IBM have opposed the president’s decision to walk away from the international climate agreement, many small companies around the country were cheering him on, embracing the choice as a tough-minded business move that made good on Mr. Trump’s commitment to put America’s commercial interests first.”

The article ignored the fact that hundreds of small businesses had publicly called for remaining in the Paris agreement, and it quoted no small-business owners who supported the deal. Small-business supporters weren’t that hard to find, even in red states. NPR’s Morning Edition featured one, Fhebe Lane, who runs a store in a conservative Texas coal town. A Trump voter, Lane said she was concerned about the climate getting hotter and thought limiting emissions was a good idea.

Thomas’ article also drew criticism for quoting some of the same pro-Trump voices he had cited in a previous piece, as Media Matters has noted. Boston Globe writer Michael Cohen pointed out that the article was “remarkably similar” to a piece Thomas wrote three months earlier; Cohen and others noted that the same two people “are quoted in both articles extolling Mr. Trump’s virtues” and “their positive words about Trump are used as evidence that small business owners are behind the president.”

But Pruitt, for one, liked the article. He quoted it during an appearance on ABC’s This Week on June 4:

Even The New York Times had an article, I think, within the last couple of days that talked about small business celebrating, euphoria, with respect to the president’s decision.

4. Blaming the Democrats alongside the Koch brothers for GOP climate denial

The Republican Party’s fast journey from debating how to combat human-caused climate change to arguing that it does not exist is a story of big political money, Democratic hubris in the Obama years and a partisan chasm that grew over nine years like a crack in the Antarctic shelf, favoring extreme positions and uncompromising rhetoric over cooperation and conciliation.

While the article laid out plenty of evidence that the Koch brothers had affected elected Republicans’ views, it did not make any kind of convincing case that Democrats had.

it's a measure of asymmetric polarization in US politics that acting on climate change becomes "Democratic hubris" https://t.co/qKBCXIKnHt

Talking Points Memo Editor Josh Marshall characterized the “Democratic hubris” line as “half of what is imbecilic in contemporary political journalism”:

As New Yorker reporter Jane Mayer, who wrote a book on the Koch brothers, noted in a post on June 5, Republican climate denial and the rejection of the Paris agreement are clear and direct consequences of the Kochs and other rich fossil fuel barons pouring money into the political scene. “It is, perhaps, the most astounding example of influence-buying in modern American political history,” she wrote.

Democrats, hubristic or not, can’t claim credit for that.

“The paper has lost its way,” Think Progress’ Joe Romm wrote in a post criticizing the Davenport/Lipton article and other pieces published by the Times. “A shocking number of recent articles reveal a paper that’s begun to embrace false balance, giving equal time to both climate misinformers and actual climate experts, despite the overwhelming scientific consensus.”

Still, many journalists at The New York Times are pulling in the right direction. Columnist David Leonhardt gently disputed the “Democratic hubris” argument in a piece on June 5. A number of Times journalists expressed their displeasure with Stephens’ first column. And the climate team keeps doing great work. Let’s hope their side wins the tug-of-war.