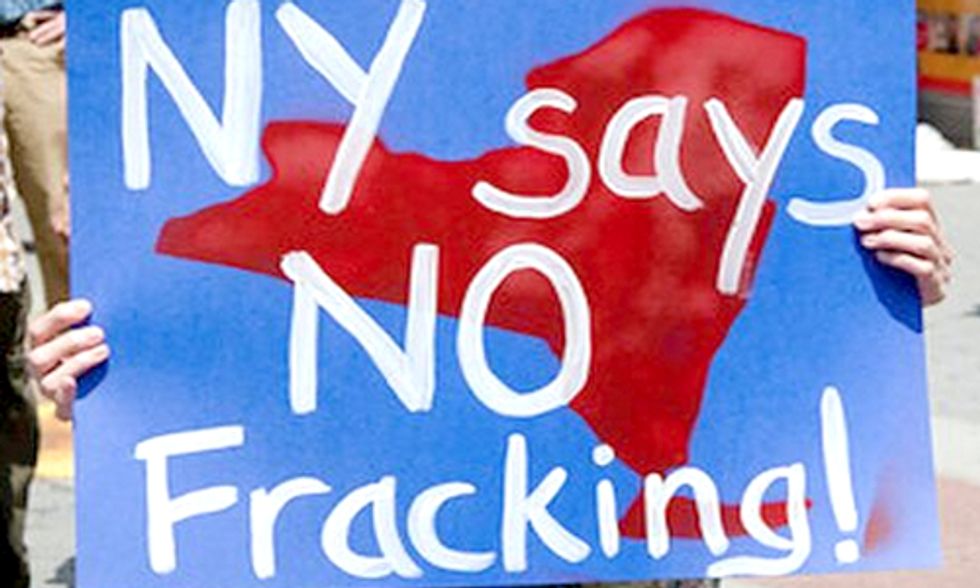 The State of New York won't be rushed by the fracking industry, its supporters or their lawsuits.

A state Supreme Court judge dismissed two lawsuits Monday that sought to stop the state's review of fracking's health and environmental impacts, according to the Associated Press. State Supreme Court Justice Roger McDonough said the Joint Landowners Coalition of New York and the trustee of Norse Energy had no grounds to sue Gov. Andrew Cuomo, the Department of Environmental Conservation and the Health Department in hopes of a swift end to the years-long fracking review.

"We applaud the NYS Supreme Court for dismissing two reckless lawsuits that attempted to throw science and public health to the wind by forcing fracking in spite of overwhelming evidence demonstrating that it poisons water and makes people sick," Isaac Silberman-Gorn of Citizen Action of New York and New Yorkers Against Fracking said in a statement.

The lawsuits charged that the Department of Environmental Conservation, in particular, abused its power and dragged its feet regarding the completion of the review. The Joint Landowners Coalition represents 70,000 members.

State Attorney General Eric Schneiderman deemed the decision "an important victory in our effort to ensure all New Yorkers have safe water to drink and a clean, healthy environment." Silberman-Gorn lauded the attorney general's work on the dismissal and what it represents.

"As leading health experts reported in a compendium of hundreds of findings last week, fracking is inherently harmful and cannot be done safely," Silberman-Gorn said. "Now, Gov. Cuomo must ban fracking statewide to protect New Yorkers from this dangerous and destructive practice."