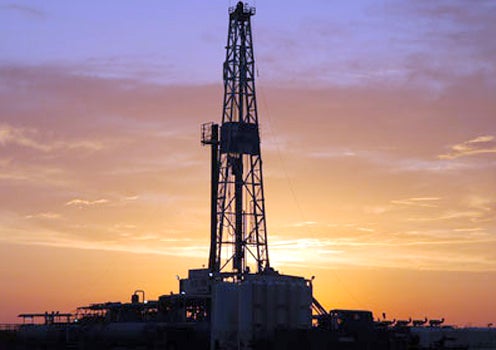 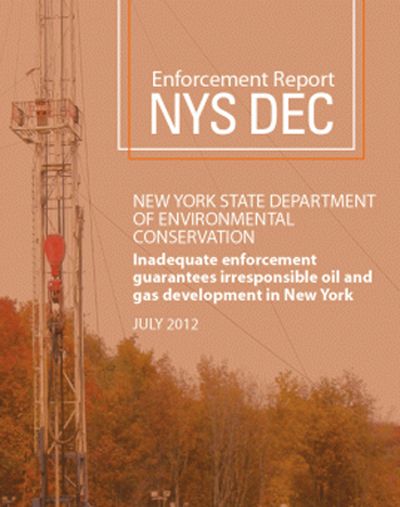 “Governor Cuomo has said the state will allow deep shale gas development only if it can adequately oversee the industry, but it’s doing a poor job with existing wells,” says Nadia Steinzor of Earthworks’ OGAP. “How is it going to handle drilling that uses more chemicals and produces more waste so that public health and the environment are not put at risk?”

New York is considering whether to move forward with issuing permits for high-volume hydraulic fracturing using horizontal drilling (commonly called “fracking”) to produce gas from the Marcellus Shale. Although the state currently has about 10,000 oil and gas wells, it is not prepared to regulate or monitor the more intense and expansive industrial extraction and production activities being contemplated.

“New York is poised to potentially make a bad situation far worse,” says Bruce Baizel, Earthworks’ OGAP senior staff attorney. “This report shows that the DEC does not have its house in order, and shouldn’t be considering issuing permits for new wells and more complex and riskier drilling.”

Gov. Cuomo has indicated the strong possibility of moving forward once the DEC finalizes the Supplemental Generic Environmental Impact Statement (SGEIS), which will guide how shale gas development is conducted, and revises aspects of its oil and gas regulations. As Earthworks’ OGAP emphasized in its comments on the SGEIS, DEC has neither the budget nor the staff to actually enforce the proposed regulations nor the mechanisms in place to prevent problems that can result from a lack of oversight.

Research conducted by Environmental Advocates of New York shows that the DEC is currently operating with 1,000 fewer staff than 20 years ago due to budget cuts, a statewide hiring freeze, aggressive retirement incentives and layoffs. DEC’s spending on equipment and travel for inspections, enforcement and clean-ups has also been cut by more than half since 2008.

This situation is compounded by oil and gas industry exemptions from parts of seven federal environmental laws that prevent air and water pollution, protect public health and ensure the proper handling and disposal of hazardous waste. If New York decides to move forward with shale gas development, it would face tremendous challenges in addressing such critical problems.

“New York’s inadequate enforcement shows why citizens must have federal protections in addition to strong state regulations,” says Lauren Pagel, Earthworks’ policy director. “New Yorkers will be at risk unless loopholes are closed in bedrock laws like the Safe Drinking Water Act, the Clean Air Act and the Resource Conservation and Recovery Act.”