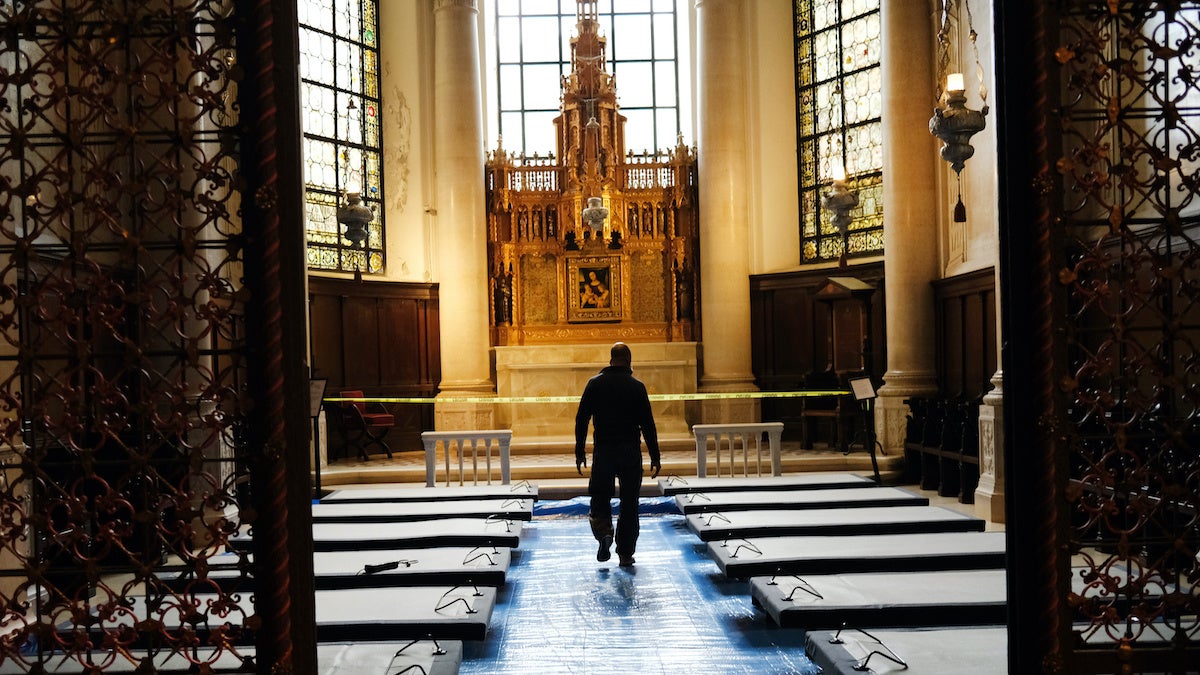 A volunteer sets up beds in what will be a field hospital in the Cathedral Church of St. John the Divine on April 8, 2020 in New York City. The cathedral has partnered with Mount Sinai Morningside Hospital and is expected to have more than 400 beds when opened. Spencer Platt / Getty Images

New York state now has more confirmed coronavirus cases than any single country save the U.S. as a whole.

The state’s caseload skyrocketed by 10,000 on Thursday, BBC News reported. It had 161,807 cases as of 4:46 a.m. EST, according to data from Johns Hopkins University’s Center for Systems Science and Engineering. That’s more than hard-hit Spain and Italy, which now have 153,222 and 143,626 cases respectively. The Empire State still trails the European countries for deaths, but the virus that causes COVID-19 has claimed more than 7,000 lives in the state, New York Gov. Andrew Cuomo said Thursday, more than double the 2,753 people killed in the Sept. 11 terrorist attacks.

“9/11 was supposed to be the darkest day in New York for a generation,” Cuomo said at a Thursday press conference reported by Business Insider. “And then, in many ways, we lose so many more New Yorkers to this silent killer.”

"9/11 was supposed to be the darkest day in New York for a generation," Gov. Andrew Cuomo said at his Thursday coronavirus briefing.

"And then, in many ways, we lose so many more New Yorkers to this silent killer."https://t.co/tEXhjVlsau pic.twitter.com/ikvi98Yc1h

Cuomo said the state saw its highest death toll in a single day Wednesday at 799.

More than 5,000 of the state’s deaths were in New York City, the nation’s largest. Also on Thursday, the number of New York City patients being treated at special overflow hospitals more than doubled, from fewer than 100 Tuesday to 242, NPR reported.

The city has hired contract labor to bury the surge in dead at its potter’s field on Hart Island, Reuters reported. Those with either no family or no family who can arrange a funeral have been buried there since the 1800s. But while typically the city buries around 25 people there per week, that number has jumped to around that many per day Monday to Friday. And while the work is usually done by inmates, the city has hired contractors for public health reasons.

“For social distancing and safety reasons, city-sentenced people in custody are not assisting in burials for the duration of the pandemic,” Department of Correction spokesperson Jason Kersten told Reuters.

This drone footage captures NYC workers burying bodies in a mass grave on Hart Island, just off the coast of the Bronx. For over a century, the island has served as a potter’s field for deceased with no known next of kin or families unable to pay for funerals. pic.twitter.com/wBVIGlX6aK

However, the news out of New York this week wasn’t all grim. The number of new cases admitted to the hospital fell for a second day in a row to 200, Reuters further reported. Cuomo said it was a sign that social distancing was working, but said it was far from time to ease restrictions.

“You can’t relax,” Cuomo said Thursday. “The flattening of the curve last night happened because of what we did yesterday.”

In another sign that restrictions are working across the U.S. as a whole, projections for the final nationwide death toll fell from at least 100,000 to 60,000.