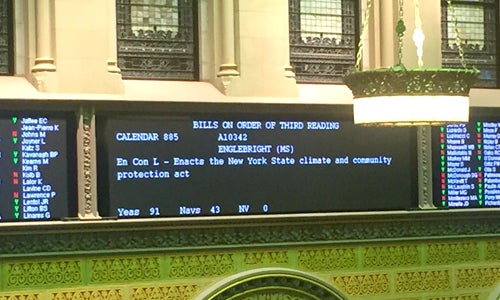 The New York State Assembly has approved what may be the country’s most ambitious climate bill. It would require the state to reduce greenhouse gas emissions from major sources to zero by 2050. 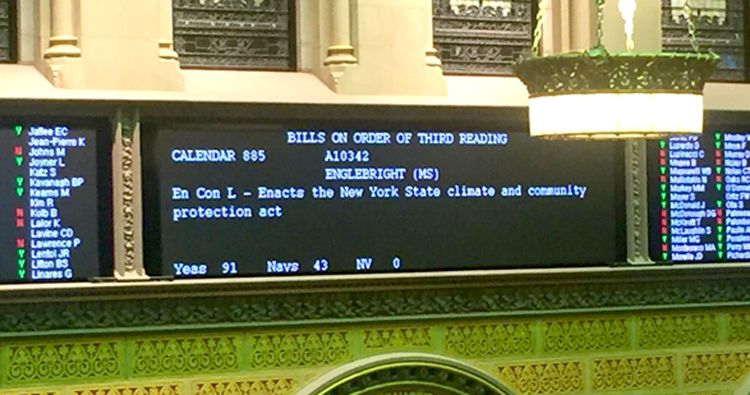 The New York State Climate and Community Protection Act received approval as several hundred people rallied at the Capitol to support its passage.

Under the bill, the state would have 14 years to source at least 50 percent of its electricity from clean energy. The legislation’s future is uncertain, however as the bill does does not have a counterpart proposal in the Senate and only eight working days remain in the legislative session.