See how you can save on solar panels in the Empire State. 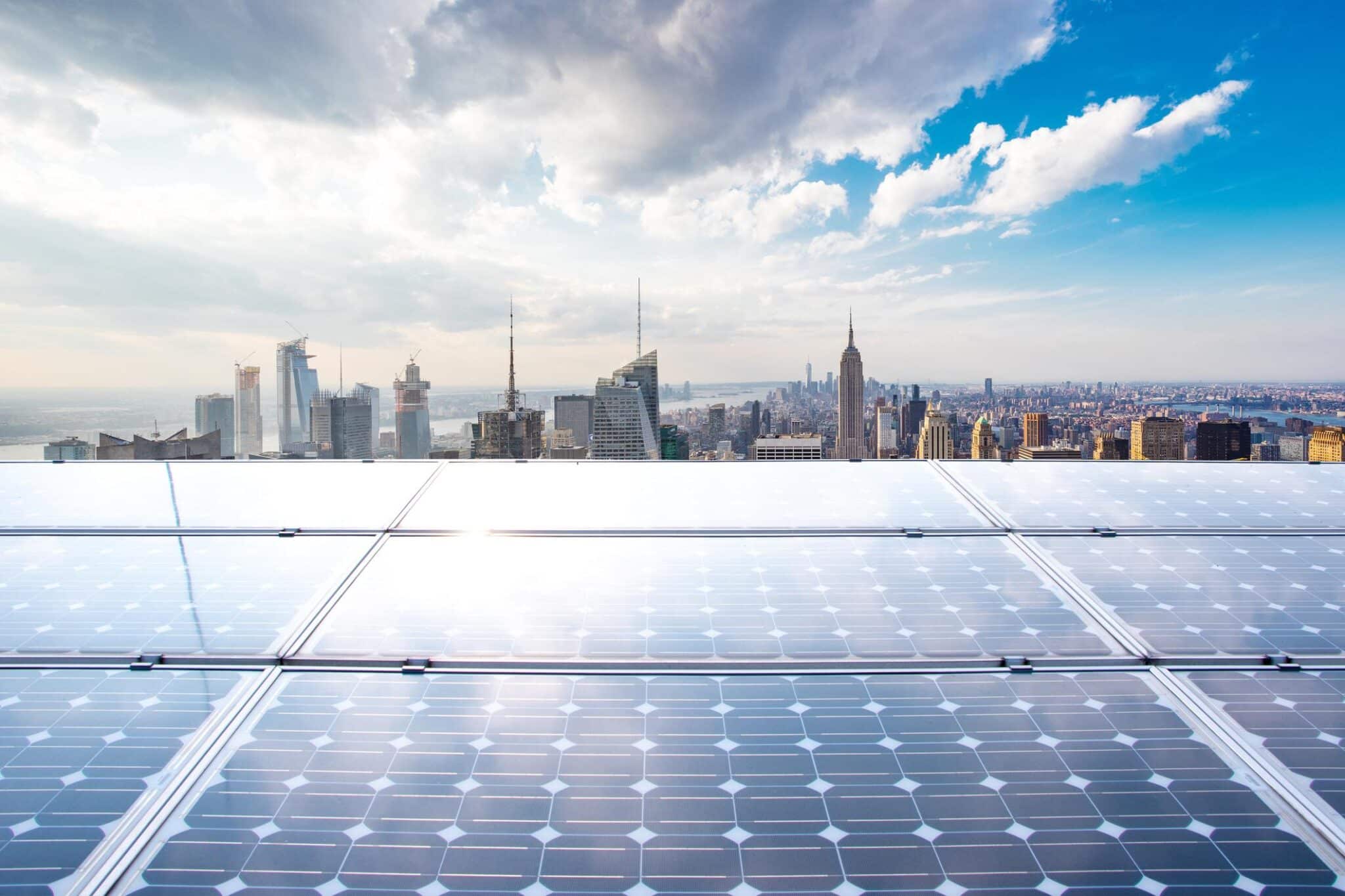 In recent years, New York has become one of the hottest markets in the U.S. for solar panel installations. Whether because of the generous New York solar tax credit available to homeowners, the ambitious clean energy targets from politicians across the state, or because New Yorkers simply see the climate and economic benefits of installing solar PV panels, the Empire State is setting a great example for the rest of the country.

For anyone looking to switch to solar power, keeping up with exact policies, such as New York solar incentives and rebates, can be challenging. New policies are rolled out regularly, local incentives vary from one jurisdiction to the next, and if you’re not working actively in the solar industry, it can be a bit confusing.

To ensure that you don’t miss out on any potential incentives and benefits of installing solar panels at your New York residence or business, keep reading to see the key New York State solar tax credits and other incentives to keep in mind when investigating if solar is for you. If you’re interested in getting a quote from a pre-screened installer near you and seeing how much you can save with these incentives, you can do so using this tool or the form below.

Perhaps the biggest solar incentive in the state of New York is the Solar Energy System Equipment Credit.

As explained by the New York State Department of Taxation and Finance, this tax credit is available to anyone who engages in a new solar project for their place of residence, whether that’s through purchasing solar energy system equipment, signing a solar lease, or even committing to a power purchase agreement of solar energy generated by equipment owned by another entity (if that agreement spans 10 years or more).

For any of the above New York solar energy engagements, the person making the purchase or signing the lease or PPA is entitled to a state tax credit of up to 25% of total expenditures (up to a cap of $5,000).

It’s important to note that the New York solar tax credit is not refundable, meaning it reduces your tax liability but is not paid directly if that credit exceeds your expected tax payments. However, any excess credit can be carried over to future tax filings for up to five years.

Another quite notable and beneficial incentive for solar purchases is the New York Solar Rebate, known as the NY-Sun Megawatt (MW) Block Incentive. Unlike the solar tax credit, this program applies not just to residential solar systems but also to nonresidential, industrial and commercial solar installations.

Specifically, the NY-Sun initiative offers up-front discounts for installed solar systems on a “dollars-per-watt” ($/W) basis in the form of a direct cash rebate. The exact amount that a new installation can expect to receive is dictated by the region of New York it’s in, how many of the allotted rebates in that region have already been paid out, the size of the system, and the timeframe in which installation is completed.

Generally speaking, though, the New York solar rebate starts as low as 15 cents per watt and can rise all the way up to $1 per watt, making up over half of the cost of installing solar in the best-case scenario.

While the New York solar rebate and the Solar Energy System Equipment Credit are the two most critical policies that have incentivized solar energy in the state, potential installations can qualify for additional key incentives as well. The below table highlights these opportunities, which are expanded upon in the following sections.

The state of New York charges a 4% sales tax on most products and goods sold within the state. However, to bring down the barriers to entry for homes or businesses looking to invest in solar energy, this tax has not applied to solar energy equipment and installations for residential systems since 2005.

This exemption helps lower the all-in cost for potential solar buyers and serves to make solar energy more affordable with a lower payback period to a greater portion of the population, in alignment with New York’s goals for increased renewable energy.

Net metering is a system by which customers who own solar systems can be paid directly (or offset their electric bills) by sending the excess energy generated by their solar panels back to the local power grid. While all solar systems create a benefit for owners by allowing them to freely consume the energy they generate, net metering allows for further profiting during times when they don’t consume all the electricity they are actively producing.

In addition to the statewide incentives available for potential solar systems across New York, many towns, cities, and counties will also offer incentives such as tax credits, rebates or otherwise that can be layered on top of the state incentives, serving to move the needle to affordability even further.

One of the most widespread local incentives is a solar property tax exemption. Each municipality in New York can decide whether it wants to take part in the property tax incentive program, and many have opted in. This means homeowners in most areas of the state don’t have to pay increased property taxes after solar panels increase the value of their homes.

On top of all of the state and local incentives for solar energy that are readily available to New Yorkers, solar installations in the state are also eligible for the federal solar tax credit. The federal government allows for all solar systems installed by 2023 to receive a non-refundable tax credit based on the value of the system (which includes the cost of the equipment itself and the cost to install it) and when the installation is complete.

For all systems placed into service by the end of 2022, the Federal Solar Tax credit is equal to 26% of the cost of the installation. For all systems placed into service through 2023, the credit drops to 22% of the system. As of now, systems installed in 2024 or later are not eligible for the federal solar tax credit, though Congress may opt to extend those deadlines as has been done in the past.

Does New York State have a solar tax credit?

Yes, there is a New York solar tax credit. The Solar Energy System Equipment Credit is a 25% (up to $5,000) non-refundable tax credit available for homeowners who purchase, lease or sign onto solar via a power purchase agreement.

Will there be New York solar incentives in 2022?

Is it worth going solar in New York?

New York State has made the already financially prudent decision to go solar even more accessible and viable via its various tax credits, rebates and policies that bring down the total cost to install solar. Put together, these measures serve to reduce solar system costs in New York, making it a worthwhile investment.

No, solar panels are not free in New York, though many solar incentives are available for residential and non-residential installations that bring down upfront costs and strive to make solar investments accessible to more New Yorkers.