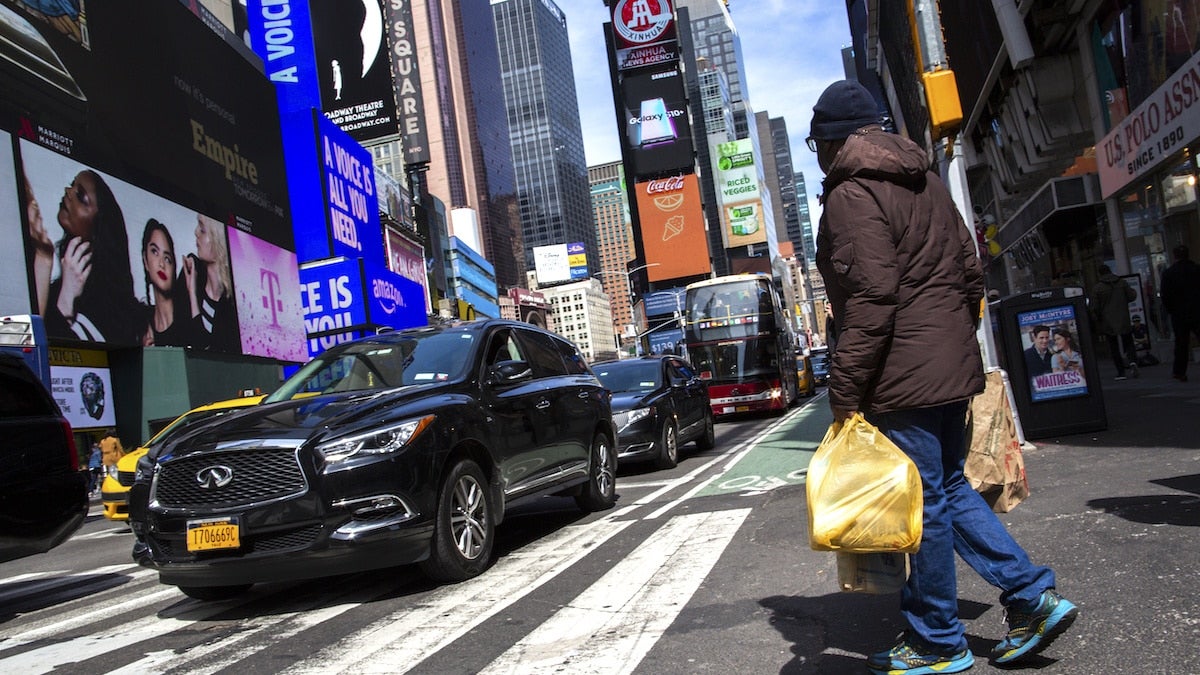 The statewide ban on the highly polluting items actually went into effect March 1. But enforcement, which was supposed to start a month later, was delayed by the one-two punch of a lawsuit and the coronavirus pandemic, NY1 reported. Now, more than six months later, enforcement is set to begin Monday.

The new law prohibits most stores from giving out thin plastic shopping bags. They can dispense paper bags, for which counties have the option of charging a five cent fee. Any business caught handing out the banned plastic bags will face a fine, according to NY1.

The law offers exceptions for takeout orders and bags used to wrap meat or prepared food, according to NBC4 New York. Families who use food stamps will also not have to pay the fee for paper bags.

Enforcement of the ban was held back in part by the coronavirus pandemic, as several stores actually banned shoppers from bringing their own reusable bags when the spread of COVID-19 was at its height in the state.

But the new law has also faced fierce opposition from plastic bag makers and convenience store owners, who brought a lawsuit challenging it.

These groups have argued that the ban will bankrupt them. American Recyclable Plastic Bag Alliance director Zachary Taylor told The Associated Press that the law was “unworkable” and it would be harder for smaller stores to acquire paper bags during the pandemic.

However, a judge upheld most of the new regulation in August. The only part he struck down was a piece of the regulation allowing stores to provide customers reusable plastic bags if they were at least 10 millimeters thick, because he argued that exception was not part of the language of the original law as passed by the legislature. Some environmentalists had worried this part of the regulation would allow stores to get away with offering thicker bags.

“The Court’s decision is a victory and a vindication of New York State’s efforts to end the scourge of single-use plastic bags and a direct rebuke to the plastic bag manufacturers who tried to stop the law and DEC’s regulations to implement it,” Department of Environmental Conservation (DEC) Commissioner Basil Seggos told ABC7. “As we have for many months, DEC is encouraging New Yorkers to make the switch to reusable bags whenever and wherever they shop and to use common-sense precautions to keep reusable bags clean.”

Some bag makers and store owners are still trying to delay the ban in court, but not all retailers are against the new law.

New Yorkers currently use around 23 billion plastic bags a year, but only use each bag for an average of 12 minutes, according to DEC figures reported by ABC7. Around 85 percent of those bags end up in landfills, recycling machines, streets or rivers and oceans.